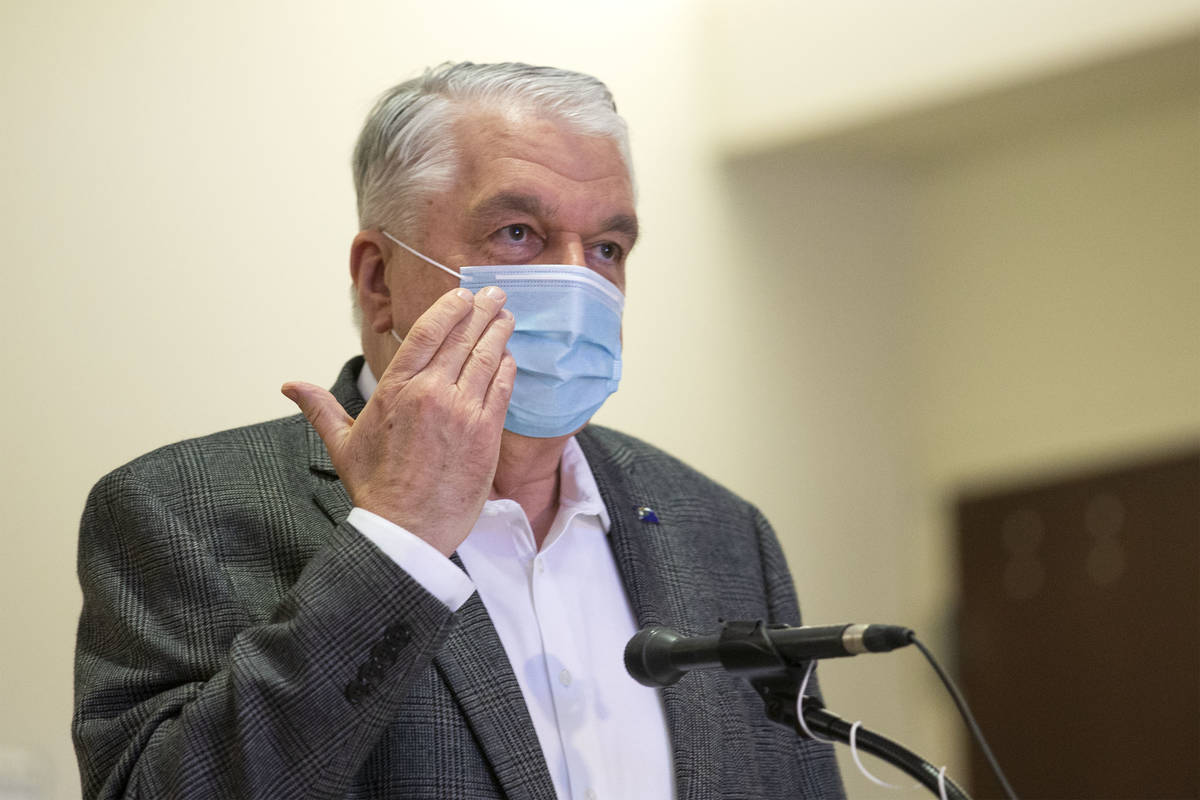 With two massive rallies over the weekend, the Trump campaign clearly believes that Nevada is in play. Instinctively, that doesn’t make sense. Nevada has been trending blue for more than a decade. All but one of Nevada’s statewide elected officials is a Democrat. A recent New York Times/Siena poll showed Biden ahead by 4 points, while Hillary Clinton won Nevada only by 2.5 points.

But Sisolak’s mishandling of the coronavirus gives Trump an opening. It starts with job losses. Nevada has one of the highest unemployment rates, 14 percent in July, in the country. Casinos have furloughed or laid off tens of thousands of employees. Other tourism-related companies are letting workers go, too. Nevada’s convention business has dried up.

King Sisolak isn’t to blame for all of Nevada’s economic hardship obviously. But his royal edicts keeping the state on lockdown are prolonging the damage. Exhibit A is the National Finals Rodeo moving to Texas this year.

In all, there are 140,000 fewer people working in the Las Vegas area in July than in March. This will have major electoral consequences. People who lose their job are more likely to leave the state to live with family or pursue other work.

In Clark County, Democrats have a 41 to 29 percent voter registration lead over Republicans. The more people leave, the worse it is for Democrats.

Usually, Democrats increase their lead in voter registration as the election gets closer. In August, Republicans outregistered Democrats statewide. In 2018, voters approved an initiative that automatically registers people to vote when they go to the DMV. That should have bolstered Democrats’ voter registration advantage, but Sisolak closed DMV offices for months. Last week, he extended the deadline to renew expired driver’s licenses until after Election Day.

Perhaps the biggest change is that Democrats — in deference to King Sisolak’s shutdown orders — aren’t campaigning in person. Republicans, while exercising appropriate safety precautions, are knocking on doors and talking with voters. It’s a high-risk, high-reward strategy for Democrats. The risk is that this will allow Republicans to motivate and remind more of their voters to go to the polls. Democrats are rewarded only if there’s an uptick in coronavirus cases, which sours the public on Republican door knocking.

If the election is close, Democrats’ vote-by-mail push could come back to bite them. During the second special session, Democrats pushed through a bill requiring every active voter to receive a mail ballot. Sisolak signed it.

In the primary, officials rejected 6,700 ballots for mismatched or missing signatures, around 1 percent of ballots. If more Democrats vote by mail this November than Republicans, signature mismatches will likely disproportionately reduce their vote totals. That’s one explanation for why Democrats insisted on watering down Nevada’s signature verification requirements. The problem is the new standard makes it easier to successfully submit ballots with fraudulent signatures.

King Sisolak doesn’t have much goodwill left with Nevadans either. The unemployment system remains a mess. Local police unions are understandably frightened about what could happen next session and have endorsed down-ballot Republicans. His hypocrisy — on everything from ambient music to which protests spread coronavirus — is obvious and abundant.

Biden remains a slight favorite in Nevada. But thanks to King Sisolak’s missteps and the Trump campaign’s efforts here, Trump can flip Nevada.