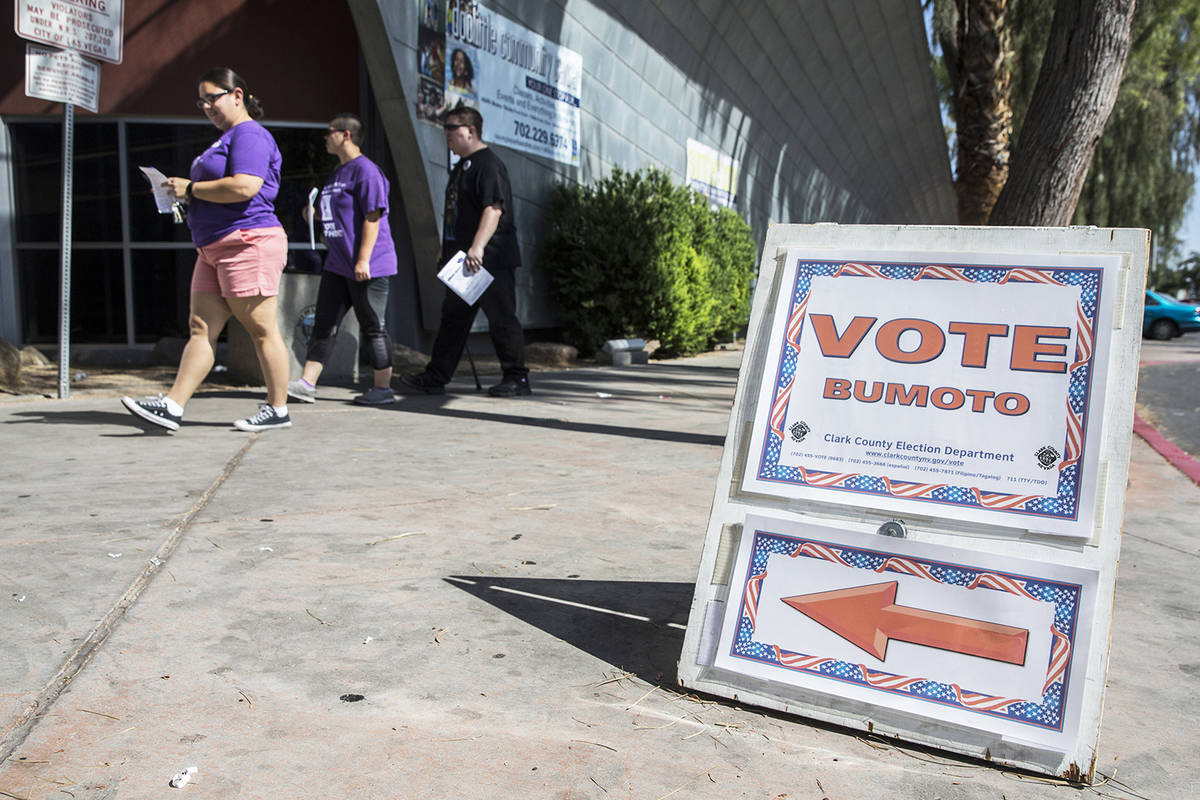 As the world watched, the Clark County Elections Department kept them waiting. Registrar Joe Gloria also implied a visually impaired woman lied about someone else returning her ballot. What a week.

The presidential election could hinge on Nevada. That scenario requires President Donald Trump to win Pennsylvania and Georgia and for Joe Biden to take Arizona. As I write, that’s still possible.

That possibility thrust the Clark County Elections Department into the spotlight. On Thursday, camera crews descended on its building looking for answers.

No one got definite results. As of late afternoon Thursday, election officials hadn’t released results for more than 110,000 ballots. That doesn’t include around 60,000 provisional ballots, which should be counted later. This despite county officials being able to count ballots before Election Day. Gloria said the county plans to release the results of 51,000 ballots on Friday. I expect those ballots to heavily favor Biden because he’s been doing well in mail voting.

Some of this delay is understandable and even good. Checking signatures takes time, even after Democrats watered down signature verification over the past two years.

But Jill Stokke, a longtime Las Vegas resident who is visually impaired, provides a real-life example of the problem with unsolicited mail ballots. I mentioned her story briefly in Wednesday’s column but was able to interview her Thursday. She said that she went to vote in-person last week but was told she had already voted. Later, an election official told her that her mail ballot had been submitted, and that the signatures matched.

I asked Gloria if it was possible that someone else successfully returned her ballot. “I personally dealt with Ms. Stokke,” Gloria said. “She brought her claim to me. We reviewed the ballot, and in our opinion, it’s her signature.”

That’s the problem with signature verification. It comes down to someone’s opinion, not objective evidence. It’s plausible that someone else signed her ballot because signatures vary naturally. That requires an election official to make a judgment call. Hard evidence, such as a fingerprint or photo ID, isn’t subjective.

Gloria said that Stokke declined to provide a statement to his office. Stokke told me, however, that she had talked with the FBI about her claim. Not exactly what someone usually does when making up a story.

Gloria punted when he was asked how likely it was that a ballot that shouldn’t have been counted was counted. “I can’t give you a probability on that,” he said.

Of course, he can’t. He doesn’t know. Because signature verification isn’t foolproof and the county mailed out 75,000 ballots to addresses where it knew people no longer lived. Plus, ballots have piled up in trash cans, apartment complexes and on the streets.

Then there are people such as Laurel Morley. She received ballots for a deceased aunt and two adult children who no longer live with her. She was confident she could have forged their signatures because she was familiar with how they signed their names.

Does it mean there was widespread fraud? No. But election officials show little interest in finding out either. Gloria won’t even be honest about the subjectivity of signature verification.

It didn’t need to be this way. Nevada already had no-excuse absentee ballots if someone was worried about contracting the coronavirus at a polling place. Instead, Democrats haphazardly pushed the state into sending out mail ballots to every active voter with only the filmiest of safeguards.

It’s always good to give your political opponents the benefit of the doubt. But when they’re so dismissive of election security, it makes you wonder.