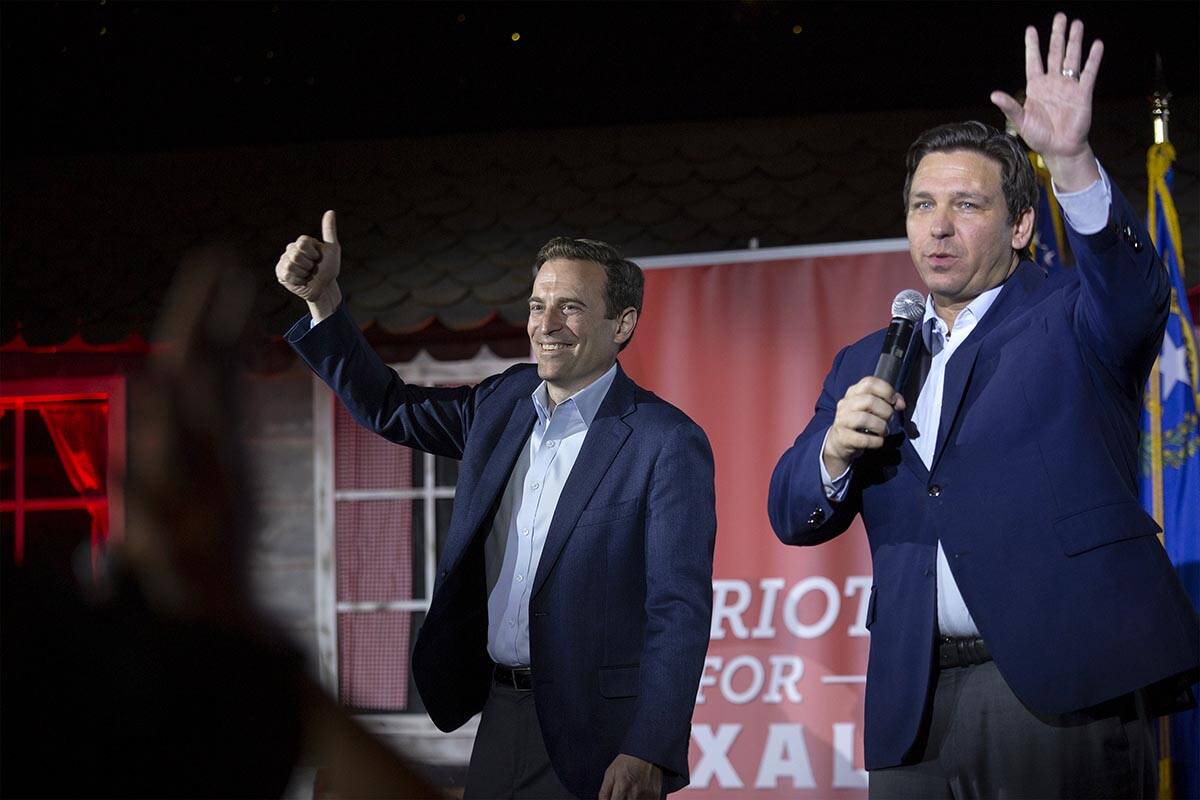 There’s a reason liberal groups are planning to spend millions of dollars attacking Adam Laxalt as he runs for U.S. Senate. If elected, he’ll become Nevada’s version of Ron DeSantis.

Florida’s DeSantis is the most important Republican governor in the country. That’s not just because some people — like me — want him to run for president. It’s because of his many notable accomplishments.

You’re probably familiar with the highlights. During the pandemic, he trusted people to make their own personal decisions and took steps to protect the most vulnerable. While too many Republicans cower in the face of hot-button issues, DeSantis shows initiative. He banned critical race theory in schools. His fight with Disney is likely the reason many companies aren’t talking about Roe v. Wade.

Florida has long been a swing state. With DeSantis at the helm, it may not be for long. In 2018, Florida Democrats outnumbered Republicans by around 257,000. Today, Republicans have a voter registration edge that tops 110,000.

To start, Laxalt is actually conservative, and he has a string of accomplishments as attorney general to prove it. He stood up to gun control supporters and refused to enforce the poorly written background check initiative. He formed a federalism unit. He and other GOP attorneys general successfully sued Barack Obama over his amnesty plan.

Laxalt is willing to engage on hot-button issues, even when it upsets squishy Republicans. He’s been outspoken against Sen. Catherine Cortez Masto’s support for full-term abortion. He blasted the Clark County School District for the sexually graphic assignment I told you about last Sunday.

After the 2020 election, Laxalt — who wasn’t in office — did more than any other Nevada Republican to highlight potential election problems. Before accepting someone’s criticism of what he should have done differently, consider how few Republicans even engaged aggressively on that issue.

The most effective leaders are those who can identify and promote others with similar beliefs. Once again, Laxalt has an impressive record. For instance, as AG, Laxalt chose Lawrence VanDyke to be Nevada’s solicitor general. In 2019, then-President Donald Trump nominated VanDyke to be on the 9th U.S. Circuit Court of Appeals thanks to Laxalt’s work behind the scenes.

Yes, that’s the most liberal circuit in the country, but VanDyke didn’t bend to peer pressure. He’s has been an absolute champion for the Constitution.

Laxalt is likely to win the primary handily, but he’s facing a spirited challenge from Sam Brown, a veteran with an incredible story of survival. But being a war hero doesn’t make someone a strong conservative. Just look at John McCain.

Brown’s platform is mostly boilerplate conservative phrases. I hope he’s a real conservative, and he may be. But he doesn’t have a record to stand on. It’s not for lack of trying. He ran for office in 2014. You may not remember that because he ran in Texas. Turns out Brown is a want-to-be career politician.

He also makes it sound as if he’s from a humble background. In his first ad, he said, “I wasn’t born into power.” From that statement, you’d never guess that his extended family owns the Cincinnati Bengals. Yes, the football team worth more than $2 billion.

That’s not to begrudge Brown’s family its wealth. Far from it. Good for them. But that’s a slippery claim.

Laxalt is the most conservative person to win statewide office in the past decade. If elected to the U.S. Senate, expect him to be just as proactive as DeSantis in advancing conservative principles.