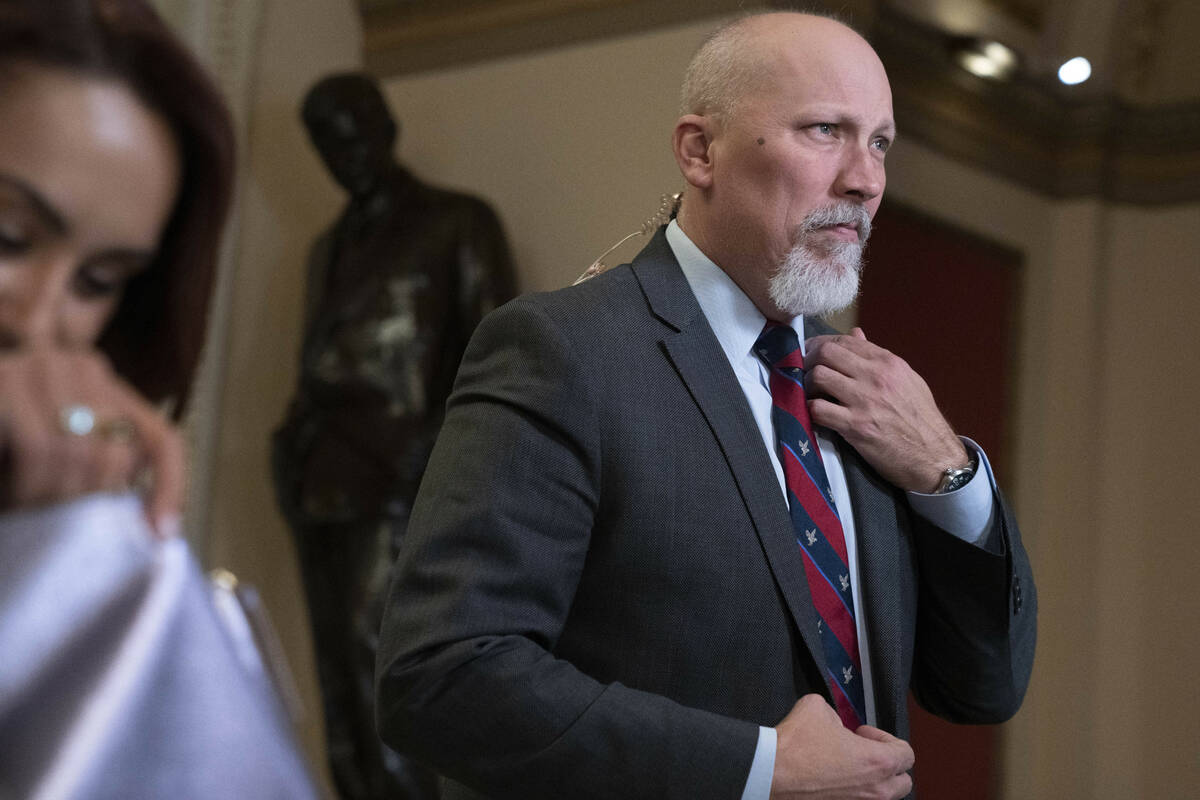 FILE - Rep. Chip Roy, R-Texas, Friday, Jan. 6, 2023, prepares to be interviewed on television ahead of the 14th vote for Speaker of the House, on Capitol Hill in Washington. (AP Photo/Jacquelyn Martin)

In most circumstances, risking your political career for the good of the country is considered noble. But don’t expect Republicans seeking to reform Social Security to receive that reaction.

On Thursday, the United States hit its debt-ceiling limit of $31.4 trillion. It’s impossible to comprehend that large of a number, but try this. That’s more than $93,000 for every man, woman and child. In 2021, the country’s entire GDP was $23 trillion. Our debt-to-GDP ratio is higher than at the end of World War II. The spending continues unabated. Last fiscal year, the annual budget deficit was $1.38 trillion.

The deficit isn’t growing because of falling tax revenues. Tax revenues have more than doubled in the past two decades, from $2 trillion in 2001 to more than $4 trillion in 2021. But if you spend more than you earn, you’ll always be in debt. In 2001, the national debt was under $6 trillion. It’s more than quintupled since.

Some House Republicans want a deal on a plan to lower future spending before raising the debt ceiling. In the short-term, the Treasury Department is using accounting gimmicks to keep borrowing money. That will get the country by until June or so. Congress will need to raise the debt limit before then to avoid running out of money to pay its bills. That would probably tank the U.S. and global economy.

The need to rein in spending should be obvious. Any serious effort to do so demands changes to Social Security and Medicare, too. Social Security currently accounts for 19 percent of federal spending. Medicare is 12 percent, the same as national defense. The unfunded liability for those programs is $73 trillion. Read that again. Without changes, the unfunded liability for those programs is more than twice the current national debt.

The Republican Study Committee has proposed a plan to protect benefits for current recipients while gradually increasing the retirement age. It would also change the formula for calculating benefits for those 54 and younger.

Without using the debt ceiling as leverage, Republicans have almost no chance to get Democrat approval for reforms such as that.

The American public, however, has shown little interest in lower spending. That’s especially true when it involves entitlement programs. Democrats are salivating over the opportunity to accuse Republicans of wanting to cut Social Security. What they don’t mention is that the Social Security Trust Fund is projected to be out of money within a dozen years. At that point, Social Security would have enough money to pay only 75 percent of expected benefits. Protecting the status quo means accepting future benefit cuts. If you or someone you love plans to be alive in 2035, that should concern you. Protecting Social Security’s future requires changes now.

While it may be bad politics, it should be refreshing. Some Republicans are willing to risk their careers and their party’s grip on power to push a policy change the country desperately needs. That’s leadership.