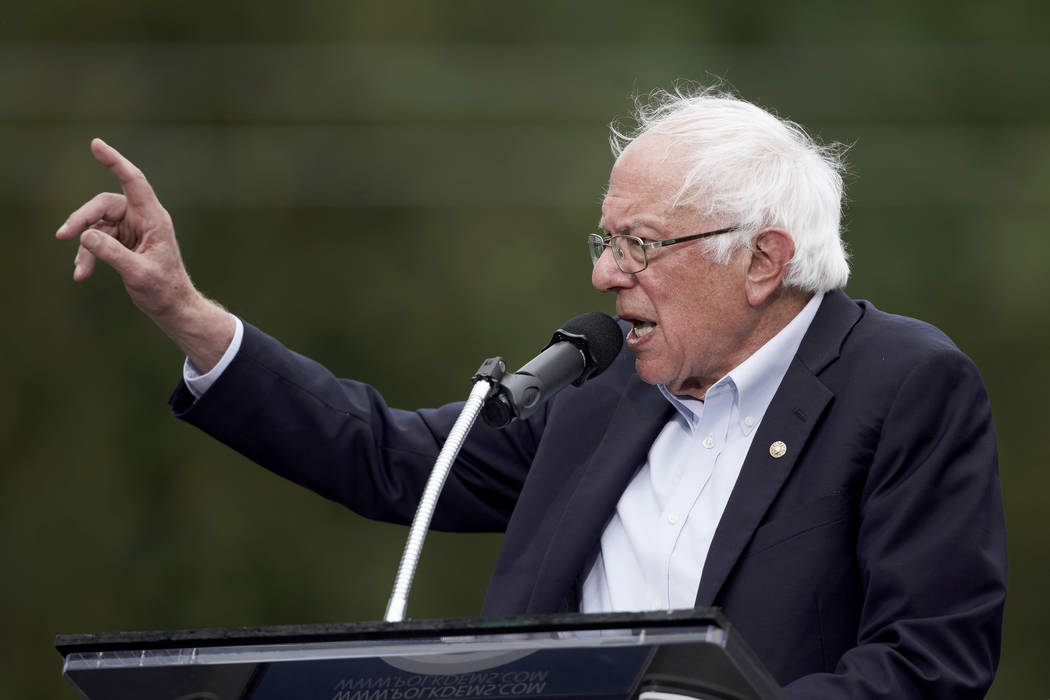 Bernie Sanders has put forward a proposal that would win the support of every 2-year-old in the country. That’s not a good thing.

On Tuesday, Sen. Sanders unveiled his “Tax on Extreme Wealth.” It would impose a new levy on individuals with a net worth or more than $16 million and couples who exceed $32 million. The annual rate would start at 1 percent and top out at 8 percent on wealth or more than $5 billion for singles.

“We are going to end homelessness and build millions of new affordable housing units — paid for with a tax on the billionaire class,” Sanders tweeted.

This is his pitch: Rich people have lots of money. You want more money. Elect Bernie president, and he’ll take their money and give it to you.

So much for vote buying being illegal.

This is how a toddler would approach politics — as every parent who’s had to stop their child from taking someone else’s toy can attest. It’s hard work to train a 2-year-old to understand that taking something is the wrong response when he feels jealous. But it’s also essential work. For the sake of his character, it’s important for every child to overcome the green-eyed monster.

It’s also vital for our system of government, which exists, in part, to protect people’s property rights. When it comes to their own stuff, people are big fans of property rights. Everyone — even antifa thugs — would want the police to intervene if someone stole their wallet or iPhone. Yet when it’s someone else’s stuff, some object to property rights.

You can’t diminish your right to free speech by talking too much. Similarly, you shouldn’t lose your property rights by acquiring more property. But that’s the point of Sanders’ wealth tax. “Billionaires should not exist,” Sanders tweeted in response to an article about his proposal.

That’s the same thing as saying that property rights shouldn’t be universal. What’s funny is that Sanders used to condemn “millionaires and billionaires.” Then he wrote a best-selling book, which — thanks to capitalism — made him a millionaire. Now he condemns billionaires.

At the root of Sanders’ socialist worldview is the belief that people obtain wealth at the expense of someone else. If that were true, it might make sense to “ban” billionaires because accumulating that much wealth could be de facto evidence of widespread wrongdoing.

But that’s not how entrepreneurs amass wealth under capitalism. Businesses and those who run them make money by providing something others want at a price they’re willing to pay. Those free exchanges are mutually beneficial. Both sides are better off. Absent government cronyism, the people who make the most money are the ones who make the most mutually beneficial exchanges.

The amount of wealth in the world isn’t fixed. It grows with every win-win exchange. Billionaires aren’t hoarding wealth. They’re creating it, which benefits them and those they do business with. Capitalism is why low-income Americans today have access to better stuff — cars, air conditioning, cellphones, washing machines, computing devices— than the upper classes did 200 years ago.

This isn’t how Sanders wants you to see the world. He’d rather you treat envy as a virtue to indulge, instead of a vice to fight.

— Victor Joecks’ column appears in the Opinion section each Sunday, Wednesday and Friday. Listen to him discuss his columns each Monday at 10 a.m. with Kevin Wall on 790 Talk Now. Contact him at vjoecks@reviewjournal.com or 702-383-4698. Follow @victorjoecks on Twitter.

5
Golden Knights tear up ticket with tout service after backlash