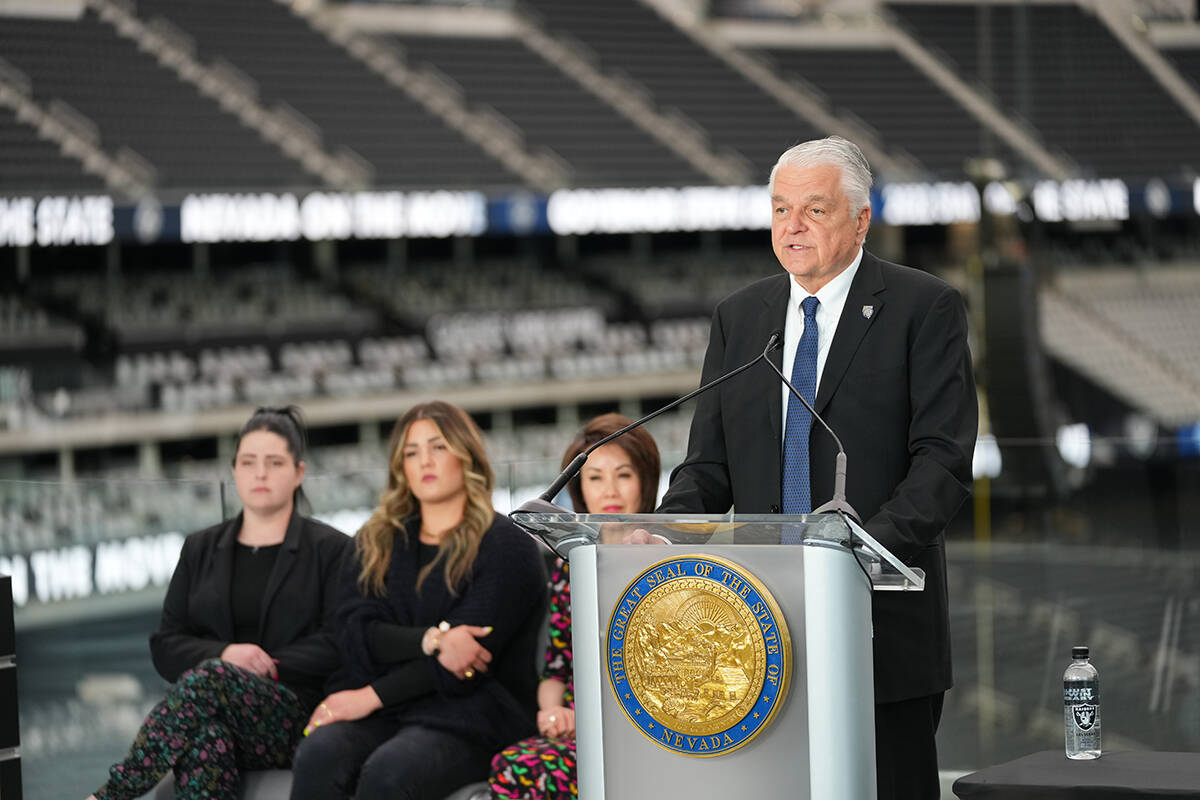 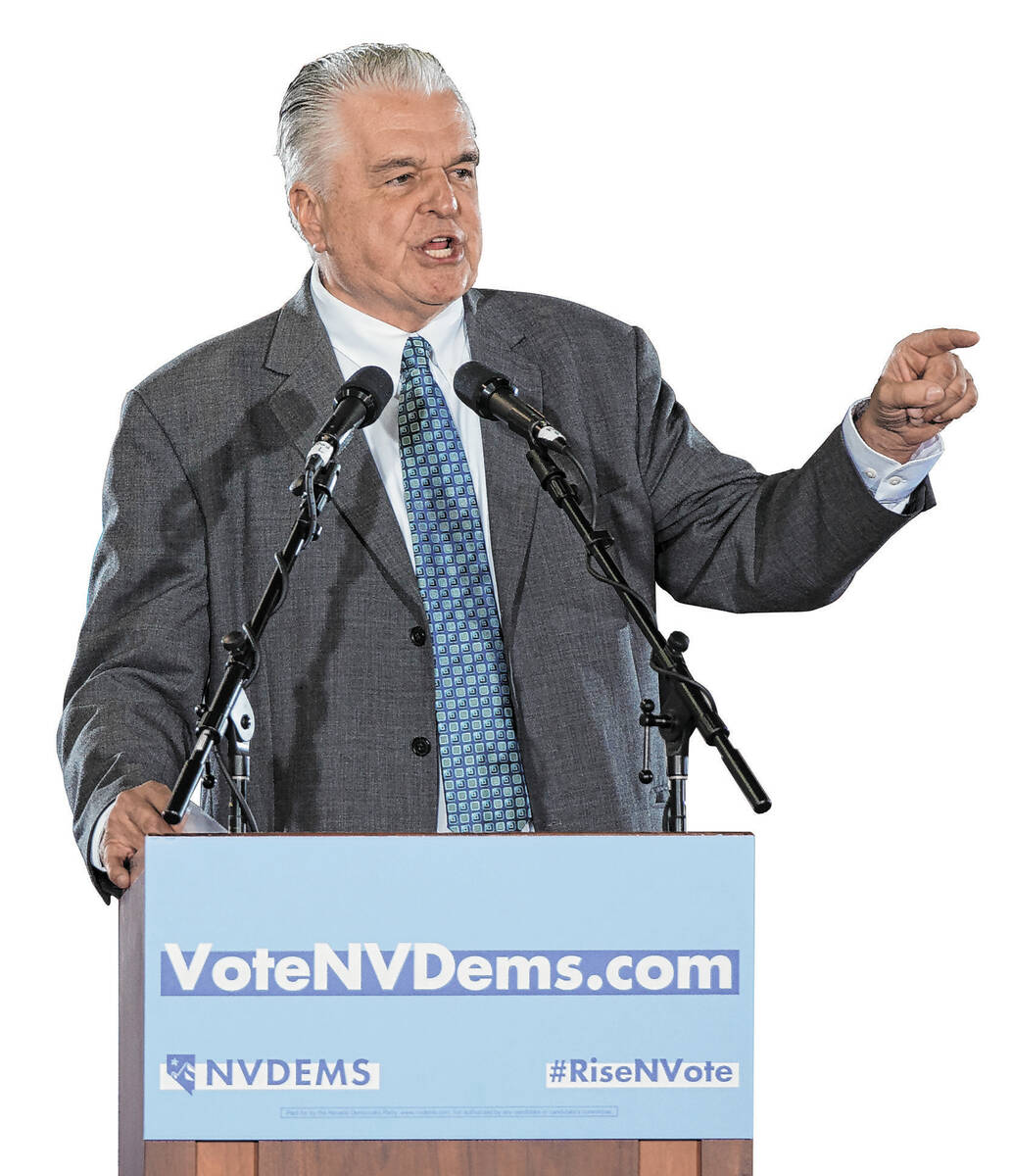 Gov. Steve Sisolak’s re-election campaign hinges on hoping voters forget what he did over the past three years.

On Wednesday, Sisolak gave an unofficial State of the State address. It was really a campaign speech for his re-election bid. The optics of giving that talk in front of thousands of empty seats at Allegiant Stadium were unintentionally fitting.

Sisolak is apparently anticipating a tough race because he reversed himself on issue after issue.

To start with, he threw President Joe Biden directly under the bus. “I can’t promise to solve the national inflation problem,” Sisolak said. Did you get that? High prices are Biden’s fault. Don’t blame him.

There is some truth to that. Sisolak wasn’t in Congress to vote for the so-called American Rescue Plan. That bill unnecessarily pumped money into the economy, leading directly to inflation. But he did praise that plan in January 2021. Sisolak called it “a bold plan that will help restore the American economy.” Oops.

Keeping costs down, Sisolak said, “starts with holding the line on taxes.” He went further, claiming, “since I’ve been governor, we haven’t raised one penny of new taxes on the people of Nevada, not one penny.”

This isn’t true. He signed bills in 2019 that extended tax and fee hikes, including a DMV fee, that were set to expire. The Supreme Court later found those bills unconstitutional because they didn’t receive the constitutionally required two-thirds approval in Senate.

In 2021, he signed a mining tax increase. “I am so proud of the collaborative effort undertaken by stakeholders to bring this legislation over the finish line,” he said. Now, he wants to pretend it never happened.

Sisolak sounded like Florida Gov. Ron DeSantis on schools. Sisolak said he’s “been so passionate about getting our kids back in the classroom.”

He sure had a funny way of showing it. Sisolak is the one who ordered schools to close in March 2020. Even if that was originally understandable, given the unknowns of the pandemic, he kept them closed through the end of that school year.

It was obvious at the time that it was safe to reopen schools in fall of 2020. But Sisolak didn’t open the doors. He delegated the decision to school districts. As a result, most Clark County School District students didn’t attend class in-person for a year or more.

Not the action of someone who was “passionate” about reopening schools.

Sisolak’s hands-off approach was politically understandable. He didn’t want the blame for kids getting sick or for kids not learning. So, he made someone else make the hard decision. Remember, DeSantis initially took political heat for reopening Florida’s schools in fall 2020. That took courage. Sisolak wants the political credit without having taken the political risk.

He even had a line about supporting parent participation in education. If he believed that, he wouldn’t have repealed education savings accounts.

Then, Sisolak called rising crime rates “unacceptable” and cast himself as a champion of law enforcement. That’s a different tone than he took in the summer of 2020. He declared then that “structural racism” led to “persistent racial disparities in criminal justice.” He called a special session that summer, and one of the agenda items was “social justice reform legislation.” He then signed a bill placing new limits on officers who were apprehending a suspect who was resisting arrest or fleeing.

Finally, he said, “During the pandemic we did everything we could to keep small businesses open.” That’s a bold claim coming from someone who literally ordered small and large businesses to close their doors less than two years ago.

This isn’t to say Sisolak’s going to lose. Lying to voters can be very effective, just look at former Gov. Brian Sandoval.

But if voters remember the huge disconnect between what Sisolak says now and what he did then, he’ll be in trouble.