If you believe black lives matter, then you should be grateful for the policing efforts of the Metropolitan Police Department.

As the Review-Journal reported Sunday, there were 144 homicides in Clark County last year. Homicide isn’t synonymous with murder. It includes deaths from self-defense and justifiable police shootings. That’s a big number, but it’s a substantial drop from the 216 homicides that occurred in 2018, despite a growing population.

Law enforcement officials say the decline didn’t happen by accident. Sheriff Joe Lombardo believes putting more officers on the street had the largest effect on reducing homicides. Metro has also increased its efforts to solve every homicide, defined as making an arrest or identifying a suspect. Metro solves more than 80 percent of its homicides, which exceeds the national average of 62 percent.

Metro has also been leveraging technology. In 2017, it piloted a program called ShotSpotter. It’s a series of audio sensors that allow the police to identify gunfire without having to wait for a 911 call. This allows police and medics to respond faster, which makes it more likely the police can collect evidence and arrest a suspect. Stopping gun violence is important because more than two-thirds of the homicides last year involved firearms.

These efforts have disproportionately saved black lives. The Census Bureau reports that 12.8 percent of the residents of Clark County are African-American. Thirty percent of homicide victims, however, were black. If the number of homicides had remained steady, 21 more African-Americans would have died last year. That assumes the same racial breakdown of victims.

“There is no government agency more dedicated to the proposition that black lives matter than the police,” Heather MacDonald, a scholar at the Manhattan Institute, says. “The proactive policing revolution that began in the mid-1990s has dramatically brought down the inner-city murder rate and saved tens of thousands of black lives.”

Instead of applause, many on the political left paint the police as villains. The Black Lives Matter movement asserts that it’s responding to “state-sanctioned violence and anti-Black racism.” Colin Kaepernick once wore socks that depicted police officers as pigs. “Over the last number of years, we have seen a terrible level of police violence against unarmed people in the minority community,” Sen. Bernie Sanders writes on his website. Before ending his presidential bid, former San Antonio Mayor Julian Castro said America’s policing “system itself is broken.”

This isn’t to say every police officer is faultless. In 2018, former Dallas cop Amber Guyger, who’s white, walked into the wrong apartment after her shift. She shot and killed Botham Jean, the black man who lived there. A jury found her guilty of murder last October. More systemic concerns, such as racial profiling, merit addressing, too.

But those discussions should center around what statistics, like those here in Las Vegas, show. Police aren’t perfect. But as a whole, they’re working earnestly and successfully to save black lives. 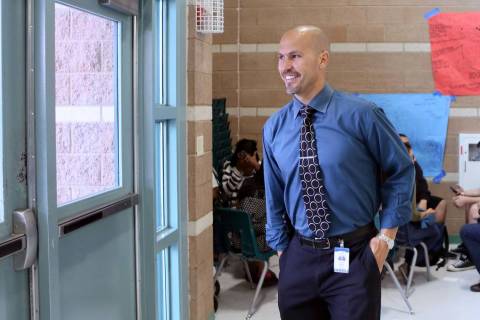