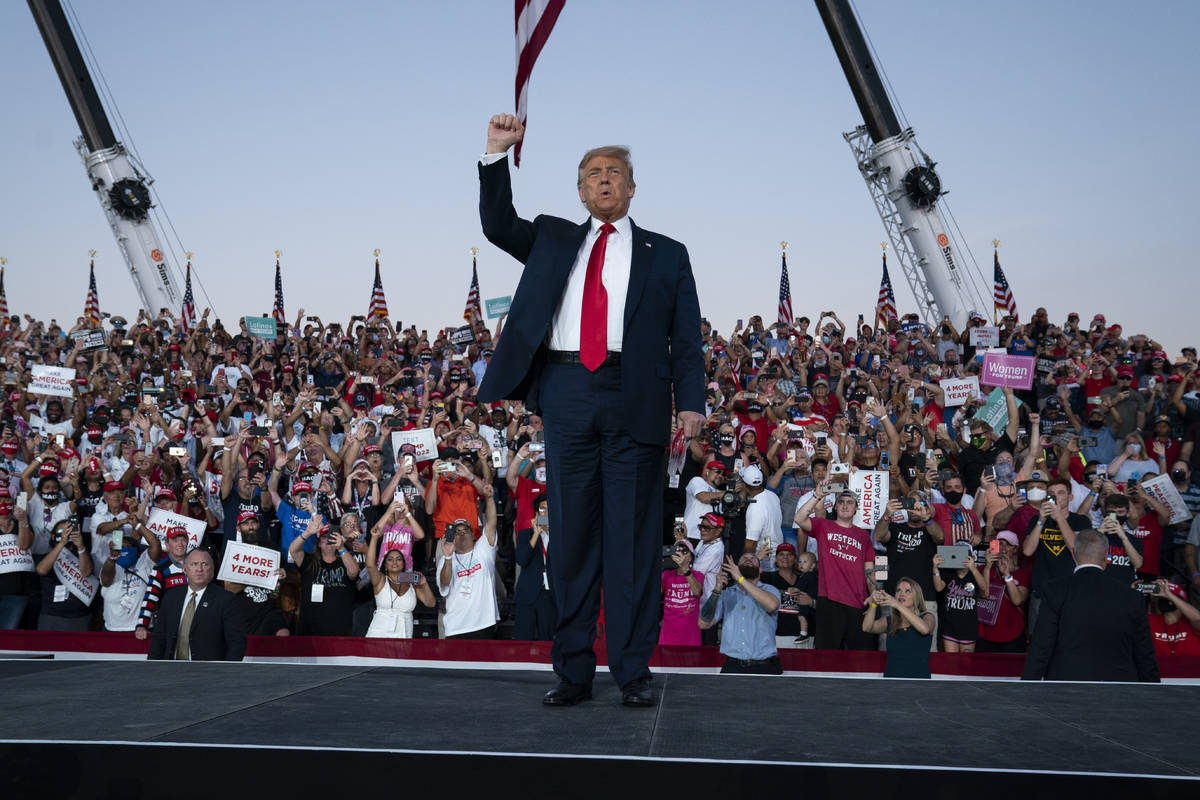 There is a segment of voters who would be shoo-ins to vote for a candidate with Trump’s record without his personality. It’s an understandable sentiment. Trump could have boosted his popularity if he had any semblance of self-control on Twitter. He doesn’t — and that’s his fault, not a deep-state conspiracy.

On the policy side, his administration’s coronavirus response was excellent. The media went from castigating him for a ventilator shortage to bemoaning a glut of ventilators. Rhetorically, however, he couldn’t keep his message straight.

Perhaps more damaging than individual instances of bad behavior is the cumulative exhaustion. Good or bad, there’s always something involving Trump. The news cycles come in hot and leave just as quickly. A significant chunk of Americans would like to Make American (political drama) Go Away.

These would all be good reasons not to select Trump for homecoming king. But the presidency is far from a popularity contest. His policies will have far more impact on you and the country than his personality.

Start with abortion. It’s easy to skip over that word. Pause and think about what abortion is. It’s the killing of a preborn child. Amazing how the “party of science” glosses over the fact that science shows life begins at conception.

Trump opposes taxpayer-funded abortion. Joe Biden supports it. As Ronald Reagan once noted, “If you want more of something, subsidize it.” The CDC estimates there were over 600,000 abortions in 2016. It’s logical to assume taxpayer funding of abortion would increase that number by 10 percent or more.

Obnoxious tweets can’t compare with a policy that would produce 60,000 additional dead babies a year. That’s not the only difference. A Trump-appointed Supreme Court justice might help strike down Roe v. Wade. That was a garbage decision even if you support killing preborn babies. There’s no chance a Biden-appointed justice would.

There are other issues too. Trump has been a champion of religious liberty. Biden wants the federal government to force nuns to pay for abortions. Biden supports forcing schools to treat biological boys who claim to be girls as females in locker rooms and sports. Trump brokered a historic peace deal in the Middle East. When Joe Biden was vice president, the U.S. government shipped pallets of cash to Iran.

Biden doesn’t even stack up well on Trump’s weakest issues — race relations and treatment of immigrants. In May, Biden said if you didn’t support him, “then you ain’t black.” He once called Barack Obama “the first mainstream African American who is articulate and bright and clean.”

You don’t have to justify all of Trump’s verbiage to note Biden isn’t a rhetorical upgrade on racial issues.

Democrats have also slammed Trump for supposedly keeping illegal immigrant children in cages. They fail to mention that the chain-link fence cells were built during the Obama-Biden administration. The immigration debate is especially complex. For instance, Trump’s much-attacked child separation policy stemmed from a decision imposed by the liberal Ninth Circuit. In 2018, Senate Republicans introduced a bill to keep families together. Democrats opposed it.

Voting for Trump isn’t an endorsement of everything he says or does. It’s a recognition that his policies are far better than the alternative.