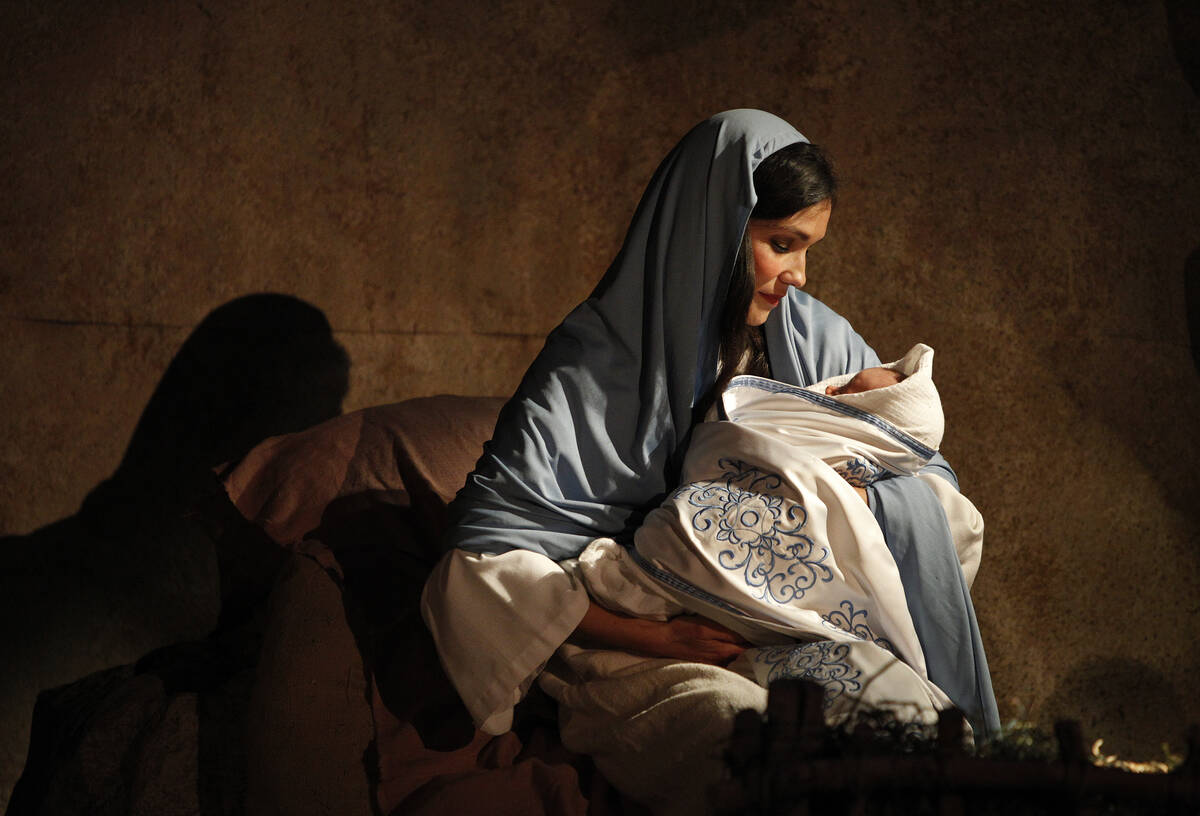 It’s been a tough year for many. The coronavirus killed more people this year than last year. Inflation is skyrocketing. Opioid deaths topped 100,000 between May 2020 and April, a record high. Suicide attempts for adolescent girls jumped 51 percent when comparing early 2021 to 2019.

Compared to other parts of the world, those of us in the United States have it good.

In Cuba, the inflation rate topped 70 percent. Under Taliban rule, much of Afghanistan faces extreme hunger. In western China, the communist government has imprisoned more than 1 million Uyghurs, subjecting many to forced labor.

The world is broken. If all Christmas has to offer is gifts under a tree, that’s at best a temporary reprieve from a painful reality. But Christmas is much more.

It’s a celebration of the birth of Jesus Christ some 2,000 years ago in Bethlehem. Jesus was no ordinary child. Born of a virgin, he was God in the flesh — fully God and fully man. Instead of coming as a king, he was born in an animal’s feeding trough.

Sin — the consequences of which are all around us — separates people from God. Jesus came to provide a way to bridge that otherwise uncrossable gap. He did this by living a perfect life, dying on a cross to pay the penalty for our sins and being resurrected.

Now, those who believe in Jesus and what he has done can have a relationship with God in this life and the promise of eternal life in heaven after death.

This gift is what separates Christianity from other religions, which is about what a person can do to please God. The problem is that sinful people aren’t capable of pleasing a perfect God. Jesus’s birth flips the traditional roles. People can’t reach God, so God came to us.

Now, that’s a gift worth celebrating.

Notice what it’s not. It’s not a promise that your life on Earth will be heavenly. Jesus himself died a torturous death. Most of his disciples were murdered for preaching about him. The apostle Peter wrote that believers shouldn’t be surprised at enduring a “fiery ordeal.” Faith in Jesus isn’t a guarantee of health and wealth in this world. But it does provide much to look forward to in eternity to come.

To many in today’s modern society, it all sounds too fanciful. “Don’t you know how biology works? It’s physically impossible for a virgin to give birth.”

Of course. What makes something miraculous is that it defies physical explanation. This is an example of why science can’t disprove the existence of God. Science investigates the physical world or nature. But a study of the natural world can’t disprove the existence of something that, if God exists, is by definition outside the physical world or supernatural.

Another example is that science can’t tell you why it’s wrong to steal. Morality is outside its purview.

Accepting Christ’s birth doesn’t require turning your brain off and the evidence for it goes far beyond what I could fit in a column.

Joy to the world. The Lord has come. That makes Christmas merry indeed.