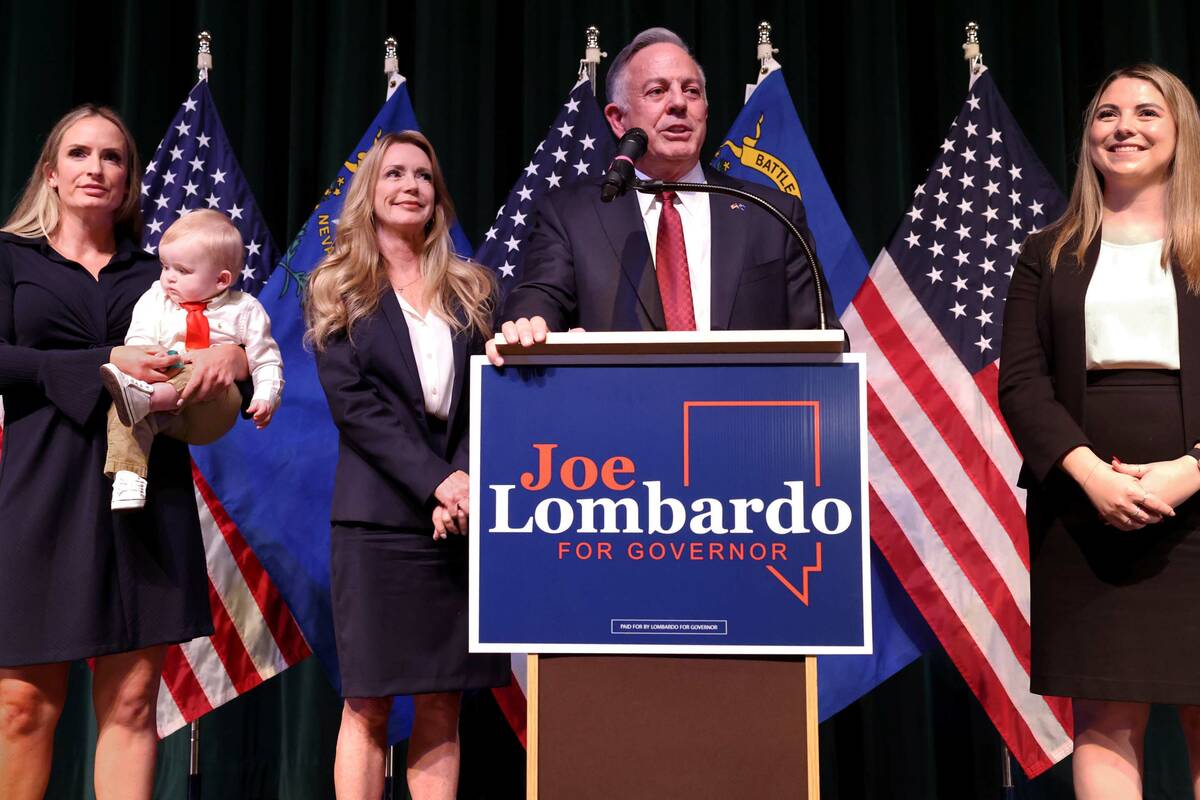 On Monday, the Economic Forum projected Nevada will collect $11.4 billion in general fund tax revenues over the next two years. That’s more than $2 billion over the current biennial budget. The governor’s office and state legislators are legally bound to use that number to build the state’s next spending plan. While inflation is eating away at family budgets, it has been great for tax revenues. Higher costs mean higher sales tax collections. Tourism has rebounded as well.

This isn’t a problem, but it does present a temptation. Lombardo received very little support from the lobbyists and special interests that dominate the halls in Carson City. Even the Vegas Chamber endorsed Gov. Steve Sisolak. But these groups will now begin sweet talking Lombardo. They’ll want a share of that record tax revenue, never mind how infrequently higher government spending results in better outcomes. Just look at education.

Undoubtedly, there will be hints that directing taxpayer dollars their way can turn them from political opponents to allies. The allure of this is strong. Most politicians think using other people’s money to boost their political standing is a great trade. The effects of spending money are obvious. You get to hold a news conference bragging about what you’ve done. Plus, it’s easy to lose perspective when there are precious few groups representing the taxpayers and families who supported you.

“These numbers demonstrate there is no need for a tax increase of any sort,” Lombardo said in a statement. That’s good, but it’s not the issue. Even Democrats are unlikely to call for more taxes when state government is swimming in cash.

Lombardo added he wanted to act “fiscally responsible” and save “money for a rainy day.” That’s more encouraging. The tax increases of tomorrow start with the irresponsible spending of today.

The medium-term economic outlook is troubling. The CEOs of major companies are anticipating a recession or slowdown next year. That’s not ideal, but the Federal Reserve may think that’s a worthwhile trade-off to tame inflation. Las Vegas home prices and sales are tumbling.

If Lombardo and legislative Democrats blow out the budget this year, future tax revenues are unlikely to sustain that level of spending. That’s when Democrats and special-interest groups will demand a tax hike to prevent “cuts.”

Instead, Lombardo should call for a tax cut, even if it’s temporary. Legislators can’t spend what the government won’t collect. Plus, Nevada politicians have spent two decades raising taxes, producing this high tax revenue. Reduce the sales tax modestly or lower vehicle registration fees. That wouldn’t be popular with lobbyists, but it would be popular with the public. A modest tax cut is doable while saving money, too.

Calling for a tax cut would also put Lombardo in a stronger negotiating position when dealing with legislative Democrats. With divided control of state government, compromise is inevitable. Capitulation — like blowing out the spending — isn’t, no matter how tempting it’s made to seem.