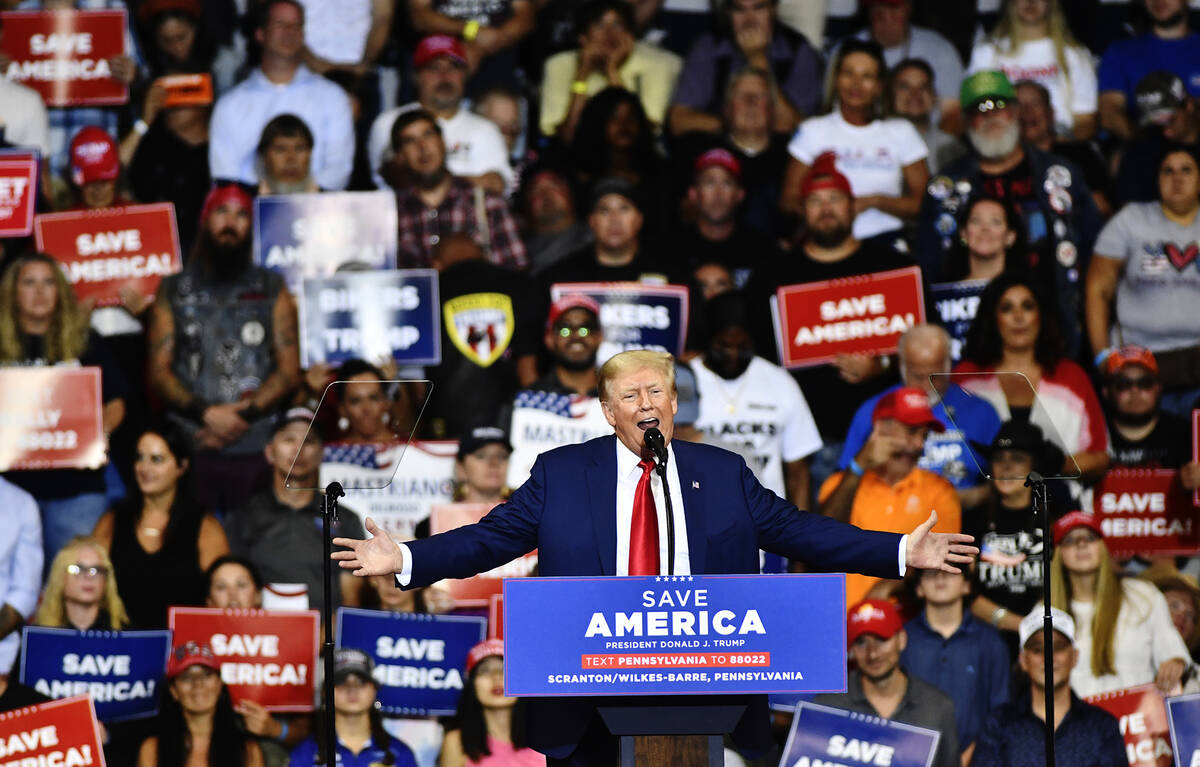 On Saturday, Trump is holding a rally in Northern Nevada. It will be his most high-profile event in support of Adam Laxalt and Joe Lombardo. Unlike in other states, he is endorsing two strong candidates here who are running solid campaigns. They’re doing so well that Trump’s visit likely carries more downside for them than upside. Here’s why.

I wrote two weeks ago that Laxalt and Lombardo are pulling ahead. After that piece, several polls came out showing Laxalt leading by 1 to 4 percentage points. The Real Clear Politics polling average gives Lombardo a slight advantage, too. On Thursday, CNN released a poll showing both leading by 2 points.

This doesn’t guarantee Republican victories. In 2018, the polls in Nevada underestimated support for Democrat candidates. Plus, 30 days is a long time in politics.

Next, the political environment is great for Republicans. The most important campaign sign is at the gas station. Nevada gasoline prices are near-record highs. Democrats have spent years attacking oil and gas companies. President Joe Biden’s decision to cozy up to Iran likely played a key role in Saudi Arabia and OPEC+ cutting production by 2 million barrels a day. Not a great strategy to boost supply.

Democrats don’t have great answers on the economy, so they’ve been trying to change the subject to abortion. This appears to be an attempt to maximize base turnout. It may also peel away some pro-abortion Republican women. But independent voters are more concerned about pocketbook issues.

If you’re going to lose independent voters, you have to win by maximizing base turnout. Abortion is going to take Democrats only so far. They need a new motivator.

Enter Trump — the man Democrats hate most in politics, at least until someone else is the Republican presidential nominee. Negative emotions are probably the best motivators in politics.

The risk should be obvious. Nevada Republicans are already highly motivated to vote. Trump’s visit is unlikely to improve that much. But if Democrats can use his visit to galvanize their base, they would improve their chances. It’s unlikely Trump will announce that he’s running for president again before the midterms, but Democrats should be hoping he does.

That makes this trip a bit risky for Trump. Laxalt and Lombardo are surging. If that changes after his visit, it will be a powerful case study in how he’s a net-negative in swing states. That could hurt him in a competitive 2024 presidential primary.

Trump isn’t known for his self-discipline. But it would be in his own interest to exercise that on Saturday.