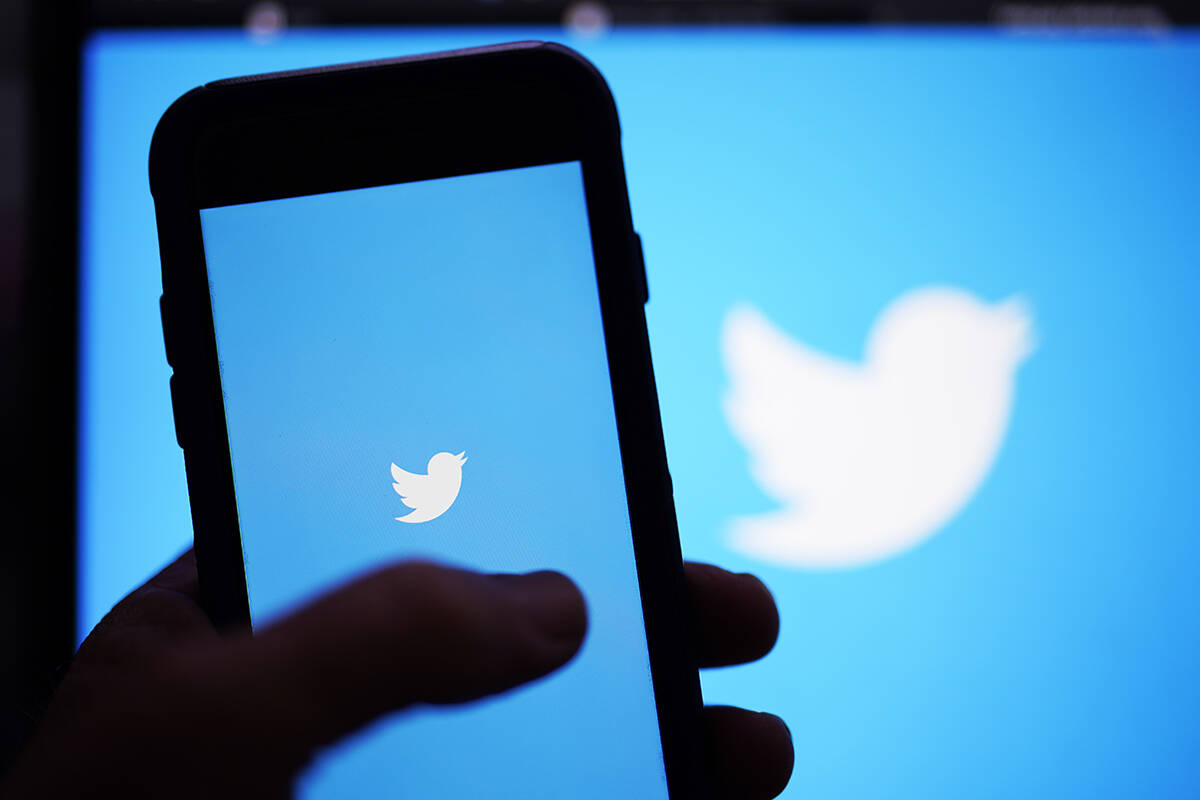 FILE - The Twitter application is seen on a digital device, April 25, 2022, in San Diego. Peiter “Mudge" Zatko, the Twitter whistleblower who is warning of security flaws, privacy threats and lax controls at the social platform, will take his case to Congress on Tuesday, Sept. 13, 2022. Senators who will hear Zatko's testimony are alarmed by his allegations at a time of heightened concern over the safety of powerful tech platforms. (AP Photo/Gregory Bull, File)

Over the past couple of weeks, selected journalists have been releasing inside information on the workings of Twitter. Elon Musk made internal documents available to them after buying the company.

In short, the decision-makers at Twitter routinely used their power to limit conservative voices and Republican candidates.

But many in the national mainstream media previously lampooned as conspiracy theorists and cranks those who suggested this was happening. “Do Facebook, Twitter and YouTube censor conservatives? Claims ‘not supported by the facts,’ new research says,” a USA Today headline read in 2021.

At a September 2018 congressional hearing, then-Twitter CEO Jack Dorsey was asked if Twitter was “being rigged to censor conservatives.” Dorsey replied, “No.” The New York Times praised him for his candor.

Once upon a time, the national mainstream media at least pretended to care about exposing bad behavior. Now, many outlets are little more than PR organs for those whose politics they agree with.

This isn’t an isolated incident. The media have long dismissed legitimate conservative concerns as loony rantings. They parroted the claim by more than 50 intelligence officials that Hunter’s laptop “has all the classic earmarks of a Russian information operation.” Turns out that those intelligence officials were the ones pushing a conspiracy theory.

It happened repeatedly with COVID. Think of the “misinformation” attacks leveled against people who questioned masks, school closures and the origin of the virus.

For decades, social conservatives warned that gay marriage was a slippery slope, that the left didn’t want tolerance, but to force people to celebrate choices they disagreed with. That’s happened. Colorado sent a Christian baker to a re-education program for not supporting gay marriage. The left is already on to its next crusade, too. If you don’t support allowing children to mutilate their bodies, President Joe Biden has accused you of “transphobia.”

Many leftists mocked parents worried that critical race theory and radical gender theory were being taught in schools. They are. Now that it can’t be hidden, the left wants you to celebrate the fact.

How this shakes out politically is to be determined. Big Tech limiting information isn’t popular, but censorship and semantic confusion are effective tools to limit opposition. Much will depend on what Republican leaders do. Republican attorneys general should file a consumer-protection lawsuit. It’s false advertising to portray a social media site as a neutral platform when it’s restricting visibility based on political beliefs. Reform Section 230. Follow the example of Florida Gov. Ron DeSantis. Aggressively engage on these issues, instead of letting the left define and redefine the terms.

It takes courage to point out that many of today’s “conspiracy theories” will be tomorrow’s conventional wisdom. But DeSantis’ example shows voters will reward those who do it well.

One note: This will be my last column until January. It’s humbling to have an opinion column, and thank you to everyone who reads — especially all the way to the end. Agree or disagree, I always appreciate hearing from the best readers in Nevada. Merry Christmas.