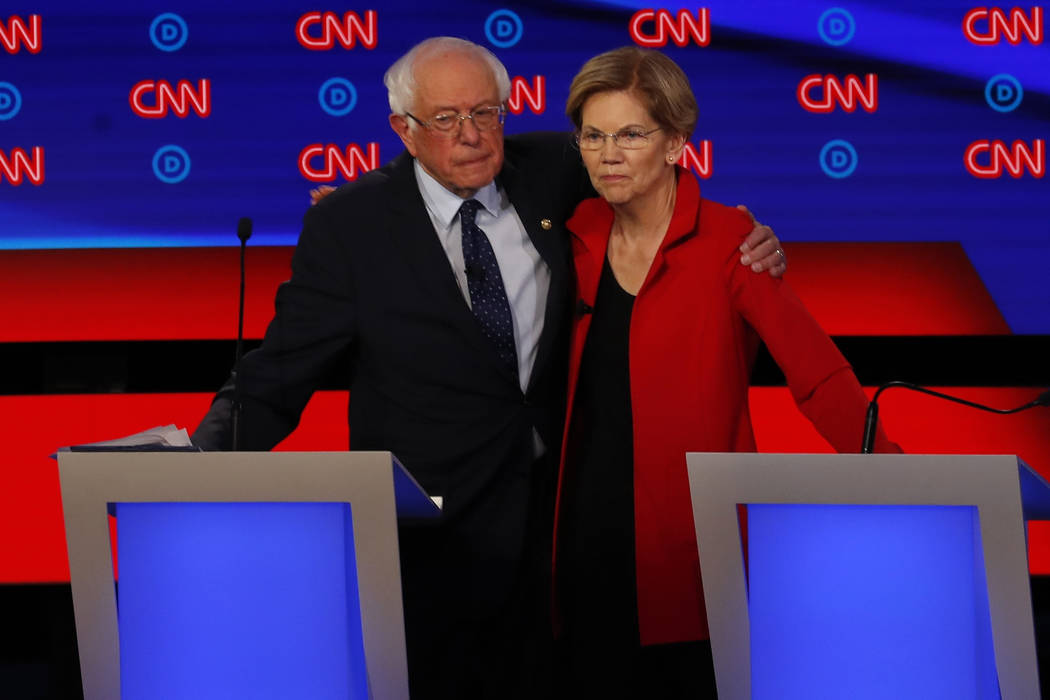 Reality is now a Republican talking point. At least according to several Democrat presidential candidates who were challenged on their preferred policies during this week’s debates.

Sens. Bernie Sanders and Elizabeth Warren want a single-payer health care system. The more moderate candidates, who are still extremely liberal, aren’t on board. One of their counterarguments is that “Medicare for All” would require the elimination of private insurance, which covers 160 million people. That’s politically risky because 86 percent of people rate their own employer-sponsored coverage positively, according to a poll this week by the Kaiser Family Foundation.

Whatever you think of Medicare for All, kicking 160 million people off their insurance presents substantial difficulties. But when long-shot candidate John Delaney raised that concern during the first debate, Warren had a comeback. “We should stop using Republican talking points in order to talk with each other about how to best provide that health care,” Warren said.

It’s true that Republicans are eager to point out that Medicare for All eliminates private insurance. But it’s not just a Republican talking point. It’s true. That what Warren’s plan would do.

But Warren started a trend. CNN debate moderator Jake Tapper asked if candidates would be willing to raise taxes on middle-income Americans to provide universal coverage.

This continued during the second debate.

Sen. Kamala Harris’ single-payer plan “bans employer-based insurance and taxes the middle class to the tune of $30 trillion,” Colorado Sen. Michael Bennet said. “Do you know how much that is? That is 70 percent of what the government will collect in taxes over the next 10 years.”

Harris responded: “We cannot keep with the Republican talking points on this. You got to stop.”

“Open borders is a right-wing talking point, and, frankly, I’m disappointed that some folks, including some folks on this stage, have taken the bait,” Castro said. Who knew Obama staffed his Cabinet with conservatives?

Although this line is a transparent dodge, it could work. Many GOP voters naively believed Donald Trump had a way to make Mexico pay for his “big, beautiful wall.”

There are many subplots to watch among the Democrats running for president, but this is one of the most interesting. How many Democrat primary voters believe that reality is now a Republican talking point?