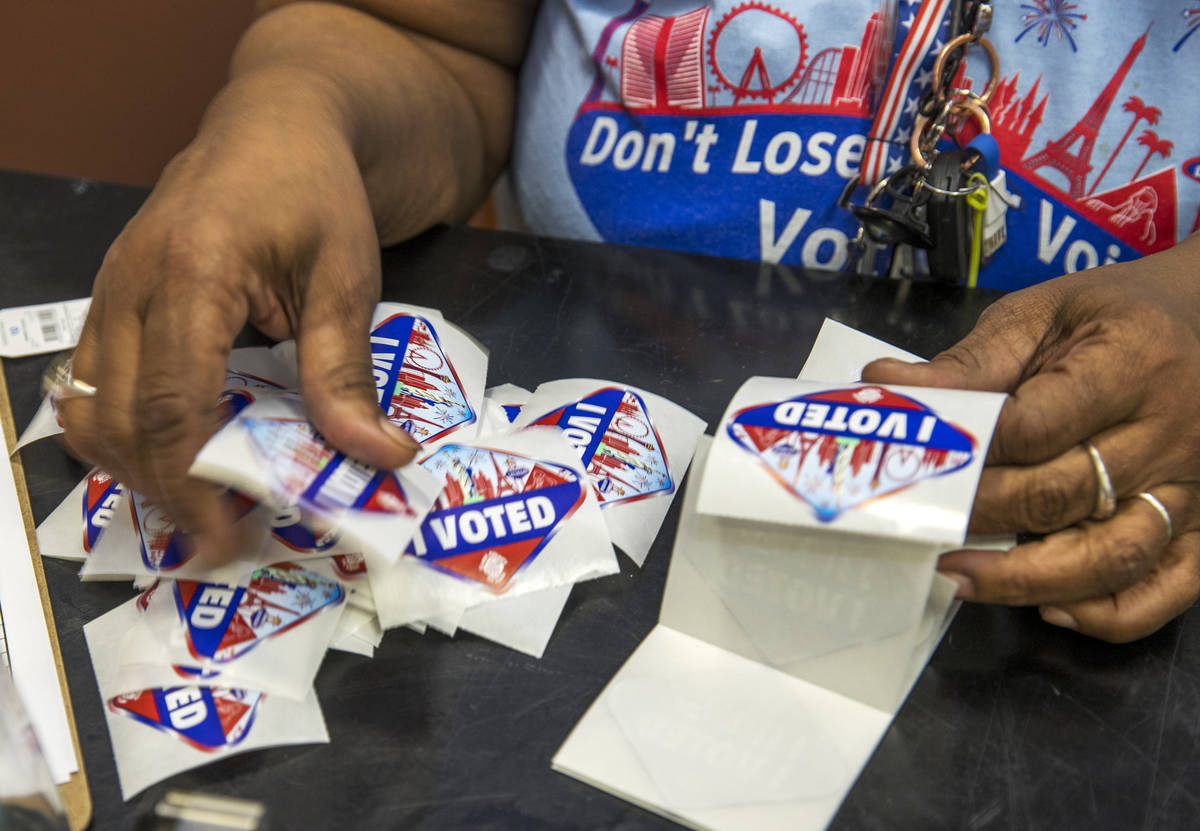 Democratic claims about widespread voter suppression are laughable, but voter fraud remains a possibility. That’s especially unfortunate given how contentious this election has been.

As I write, people are still voting, so thoughts on the outcome will have to wait.

Throughout the election, many Democrats and those on the left have hyperventilated about voter suppression. “The Voting Rights Act is 55 years old today,” Nevada Attorney General Aaron Ford tweeted in August. “The Supreme Court gutted it seven years ago. Since then, voter suppression has been rampant, open and obvious.”

In Nevada, more people cast ballots during early voting this year than voted in the 2016 presidential election. Nationally, USA Today projected that more than 150 million people will vote, exceeding the 2016 record of 136.8 million. There’s so much voter suppression going on that record numbers of people are exercising their franchise.

Neither of these things is true about voter fraud. A person who commits voter fraud has every incentive to keep it a secret because it’s a crime. Also, raw vote totals can’t reveal if some ballots were cast fraudulently. This is why government officials should be able to demonstrate that their systems contains safeguards against fraud.

Unfortunately, election officials in Nevada ran this election on a “trust, don’t verify” standard. Every active voter in Nevada received a mail ballot as the result of a bill passed this summer by legislative Democrats. That list included 75,000 voters known to be inactive. Clark County Registrar Joe Gloria should have taken those voters off the rolls after the primary, but his office missed a federal deadline to remove them. Online and in my email, there are pictures of ballots piled up in apartment trash cans, thrown on the ground and sent to wrong addresses.

For months, election officials insisted that signature verification would prevent fraud. “The signature (on a ballot return envelope) is compared to the signature on file at the election office for the voter, and if the signature doesn’t match, the ballot is rejected,” a fact sheet from Secretary of State Barbara Cegavske’s office read.

That makes it sound as if signatures are comparable to fingerprints, which are unique and unchanging. Nope. Signatures change all the time. A change could be age-related. Someone could be in a rush. Others may decide they want to write their names differently.

This creates a double bind. If the standard is strict, it will disqualify legitimate ballots. But if the standard is loose, one safeguard against counting improperly cast ballots is eliminated or greatly watered down.

Over the past two years, legislative Democrats mandated the looser standard. Election officials can reject a ballot only if two officials believe a signature varies in “multiple, significant and obvious respects.” “Slight dissimilarities” aren’t enough to reject a ballot.

That can led to situations like the one that Jill Stokke said happened to her, according to 8 News Now. She’s a 79 year-old Las Vegas resident. She needs help to fill out her ballot because she’s blind. She said she never received a mail ballot, so she went to vote in person. But election officials didn’t let her. They said her mail ballot had already been turned in and the signature verified.

This doesn’t prove widespread fraud. But it shows fraud is possible and that no one — especially election officials who keep their heads buried in the sand — knows how much is actually occurring.