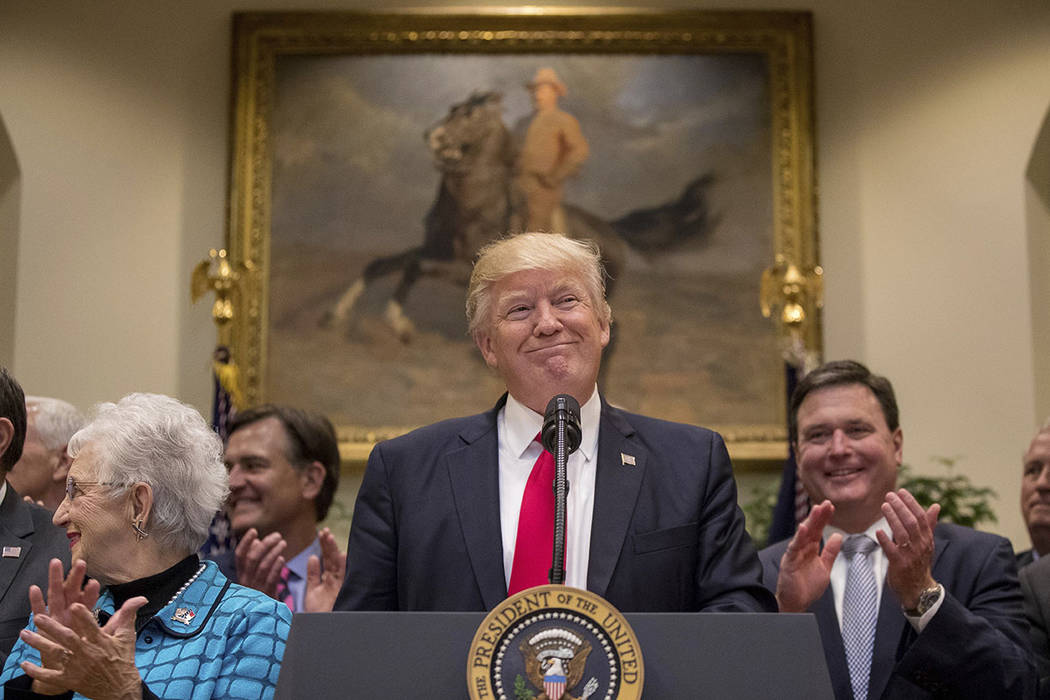 Congratulations to President Trump on a fantastic first 100 days. Some reviews of the first 100 days are talking about how Trump is making America great again. But that’s a work in progress. It might take four years to complete that job.

But there is a rare feat that Trump has already accomplished. President Trump has managed to make liberals looney again. And he’s accomplished this rare feat in record time. There’s actually a name for this phenomenon — it’s called TID, “Trump Insanity Disorder.”

TID has inspired levels of hostility and looney-ness never before experienced, even among those on the unhinged left. Their hostile behavior is even more remarkable considering the left’s claim that Trump has accomplished nothing so far. If that’s true, why is the typical leftist activist ready for a straitjacket in a rubber room?

Here is a small sampling of the insanity Trump has unleashed among liberals — especially those on college campuses:

— On his Facebook and Twitter accounts, an unhinged liberal CEO called for “a bullet in Trump’s head in his first 100 days.”

— An unhinged journalist complained on Twitter that “the Trump assassination is taking such a long time.”

— The list of public threats from Hollywood is long. But Madonna takes the cake. She threatened to “blow up the White House.”

— A California professor tweeted out that “Trump must hang. The sooner and the higher, the better.” He is now on a voluntary leave of absence.

All signs of TID.

— According to CampusReform.org, a majority of Harvard students polled believe “Trump is more dangerous than ISIS.”

— Harvard students have even created an anti-Trump “resistance school.” These coddled, ultra-sensitive little princes and princesses are lucky they never had to face Nazi tanks in the Warsaw ghetto, with only a few rusted guns and Molotov cocktails. Then they might understand the true meaning of “resistance.”

— At Wellesley College in the People’s Republic of Massachusetts, the student newspaper just endorsed violence against unpopular “hate speech.” The newspaper editorial reported the reason hate speech exists is because “the United States is a racist country.” They recommend hostility if conservatives refuse to change our thinking to accepted progressive norms.

— Students at Western Kentucky University voted last week in favor of free education and free room and board for all black students, as reparations for slavery. Their resolution defined black students to include “any and all undocumented, currently and formerly incarcerated people.” All of this because slavery ended a half century before my grandparents arrived in America.

— A historian in The New York Times wrote a commentary demanding that Trump either give instant citizenship to all illegal aliens as “reparation,” or give Texas and the desert Southwest back to Mexico. He claims Texas, California, Arizona and New Mexico were unjustly stolen from Mexico in 1846. Good news for this guy: I hear Martian leaders on Mars want the Earth back too.

— A liberal web site explained why Democrat Rep. Maxine Waters should be the 2020 Democrat nominee. I pray they get their wish. I’ve always wanted to experience a 50-state sweep.

— At ultra-liberal Northern Arizona University, students are demanding the college president resign for refusing to support “safe spaces” where liberals can hide from people with different points of view. Like Trump. And me.

But there’s one group that loves Trump. A Washington Post/ABC poll reports 96 percent of Trump voters approve of his performance and would vote for him again. If the election were held today, Trump would win the popular vote, too. So, all the liberal insanity is serving a purpose after all.

It’s inspiring the rest of us to appreciate Trump.