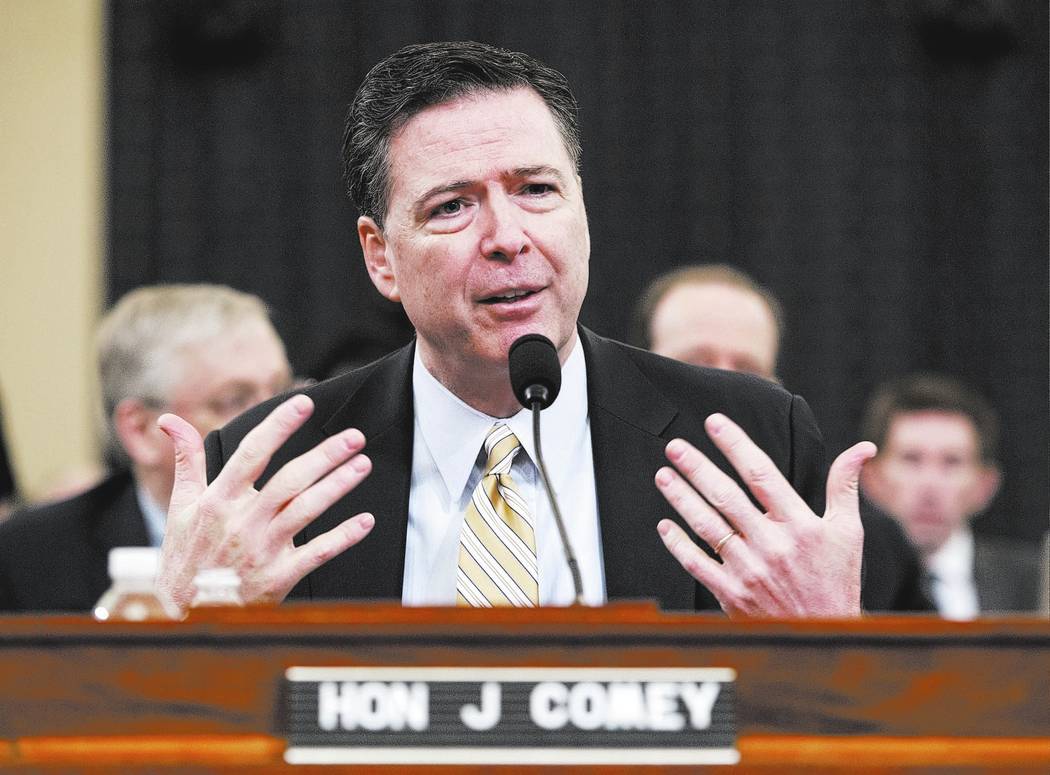 But conservatives (like me) elected Donald Trump to drain the swamp. We have witnessed the conflicts of interest, double dealing, crony capitalism and corruption in D.C. at every turn, at every federal agency.

We all saw FBI Director James Comey as a key part of the swamp. My first response to Comey’s firing was, “It’s about time. What took so long?”

As Al Pacino said in the movie “Scarface” to the killer of his business associate, “I never liked that guy … I never trusted that guy.” That’s how Trump voters felt about James Comey. His actions in investigating and absolving Hillary Clinton were, to put it bluntly, ”suspect.”

Of course, liberals are freaking out. The nutty conspiracy theorists are back with their best “birther” fantasies. I guess they forget a few things:

— Hillary’s first act as president would have been firing the same guy. She’d have received a standing ovation from liberals.

— Hollywood liberals such as Rosie O’Donnell were publicly demanding “FIRE COMEY” on their Twitter and Facebook accounts only weeks ago.

— Super liberal Democrat Congresswoman Maxine Waters just went on MSNBC and told the host (you can’t make this stuff up) that if Hillary had won “she should have fired him” and Waters admitted she would have fully supported Hillary. But Waters said she doesn’t support Trump’s decision to fire the same guy.

It’s now clear that many Democrats are very confused. They require straitjackets just to keep their stories straight. Where’s Tony Soprano’s shrink when you need him?

Former FBI Assistant Director James Kallstrom was a guest on my national radio show on Thursday. The former FBI assistant boss told me, “Sure, President Trump can fire the FBI director. The president can fire anyone he wants to and he doesn’t even have to say why.”

This story came from the Tribune Washington Bureau. This, folks, is proof positive that Washington, D.C., is even more corrupt and clueless than I thought.

Firing Comey was a good start. But the new acting FBI director, Andrew McCabe, is far worse. He is at the center of possibly the worst bribery scandal in FBI history.

McCabe was the actual FBI official in charge of Hillary’s investigation. While leading the probe, McCabe’s wife was a Democrat running for state Senate in Virginia. She received just under $700,000 in donations from PACs controlled by Virginia Gov. Terry McAullife, who happens to be close to Bill and Hillary Clinton and one of their chief bagmen.

You can’t make this stuff up. But nothing shames the Clintons and their friends.

Comey should have been fired long ago for allowing this to happen on his watch. Yet who replaces Comey as acting FBI Director? McCabe. Who does the Tribune think is a candidate to become the new FBI leader? McCabe.

This is Exhibit A for everything wrong with big government and incestuous big media.

But I doubt McCabe will be FBI director anytime soon. I guarantee you he’s not under consideration by President Trump. And if America is not to be confused with a Banana Republic, McCabe should soon be either out of a job or on trial.