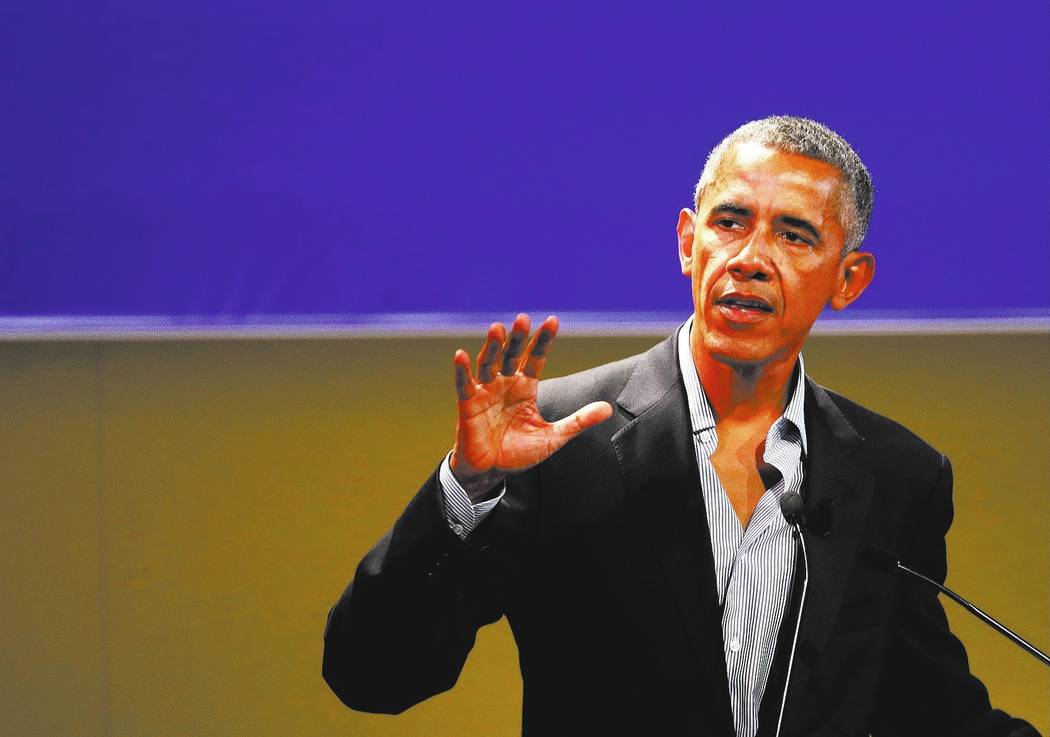 When will Barack Obama and his liberal supporters finally cry “uncle”?

Obama was clearly the worst president in modern history.

I’m not talking using the power of the IRS to target, intimidate, persecute and destroy his political opponents (such as yours truly).

I’m not talking about agreeing to the worst, most one-sided deal in U.S. history — the Iran agreement.

I’m not talking about trying to please the terrorist mullahs of Iran by forcing the FBI to stand down and not arrest the worst Hezbollah drug and human traffickers.

I’m not talking about handing terrorist state Iran hundreds of millions in foreign cash in an unmarked cargo plane to disguise a ransom payment.

I’m not talking about using the National Security Agency, the Department of Justice and the FBI to spy on Donald Trump and the Trump campaign. Or to illegally “unmask” Trump officials caught in wiretaps. Or to illegally obtain warrants under the Foreign Intelligence Surveillance Act against Trump based on a fraudulent dossier paid for by the Hillary campaign.

I’m talking only about the economy. Obama was the worst economic president in America’s history. And what he did to the American working class and middle class is an unforgivable sin.

Wasn’t it Obama who said manufacturing jobs were gone forever? Here’s the quote. “When somebody says … that he’s going to bring all these jobs back. Well how exactly are you going to do that? What are you going to do? There’s uh, uh, no answer to it … what magic wand do you have? And usually the answer is, he (Trump) doesn’t have an answer.”

This was Obama’s attitude with the lives and livelihoods of American citizens at stake.

■ Manufacturing expanded in December at the fastest pace in 14 years. Measure of production increased to 65.8, the strongest since May of 2010. The gauge of new orders increased to 69.4, the strongest since 2004. Sixteen of 18 industries reported growth in December. Tim Fiore, Chairman of the ISM manufacturing business survey committee, said, “With a report like this, I can’t do anything but smile.”

■ Goods-producing jobs (manufacturing and construction) were up by 600 percent in President Trump’s first year in office versus Obama’s last year. That’s 500,000 new jobs under Trump versus about 80,000 under Obama. This comes on the heels of the manufacturing jobs report from November showing 40,000 new jobs, the most ever in one month.

■ Apple is set to bring at least $200 billion held offshore back to the United States in response to the new tax law. How many new jobs, raises and bonuses will be created by $200 billion from just one company? By the way, why didn’t Obama try to get this offshore money back to the country? Did he also believe that was impossible? Did Obama even care?

■ Southwest and American Airlines announced $1,000 bonuses for their combined 180,000 employees.

■ Nationwide Insurance announced bonuses for their 29,000 employees, plus increases to 401(k) matching for 33,000 employees.

Why didn’t Obama champion tax cuts for corporations if that would result in companies rewarding their employees? Did he also think that was impossible? Did he even care?

The Trump economy is exploding. These are developments over just the past few days — proving, once and for all, that Obama and his liberal supporters were wrong about everything.

It’s time for Obama and his liberal supporters to cry “Uncle.”