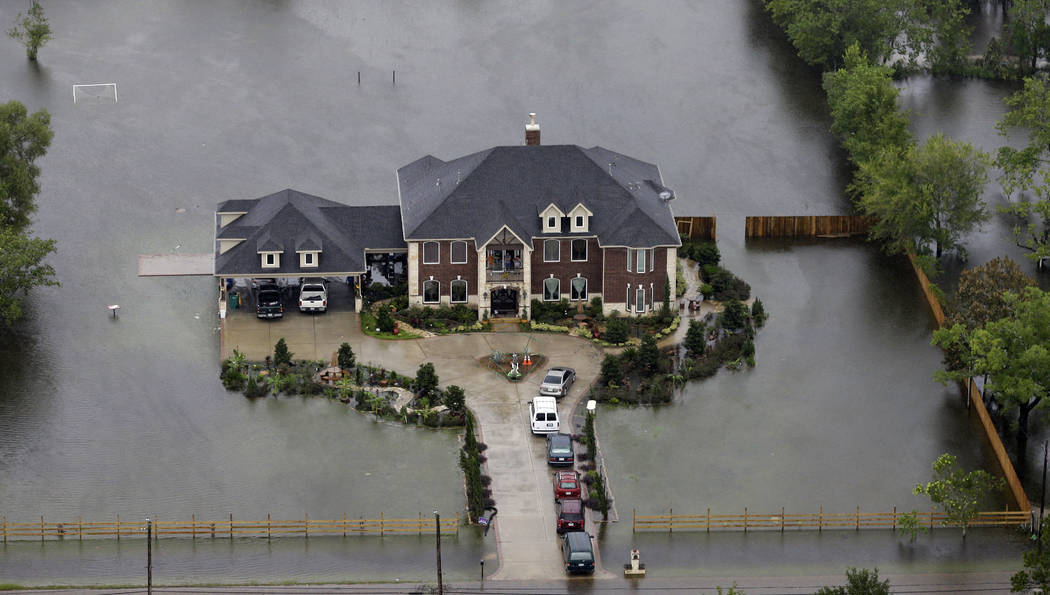 Believe it or not, I saw the best of America on display in Houston over the past week. Yes, like everyone else, I saw the damage, destruction and tragedy of Hurricane Harvey. But I also saw the greatness of America and Texas. It brought tears to my eyes.

First, I saw the heroism of our first responders and members of the military, Coast Guard and National Guard. These guys and gals are heroes through and through. They are simply sensational, remarkable and selfless. They work long hours, under grueling conditions, and they saved thousands of lives from dawn to dusk.

Secondly, I saw America’s version of Dunkirk — with unpaid volunteers of the Redneck Army and Cajun Navy joining together with first responders to save countless lives (and pets). So much for the liberal slander and propaganda of America being a “racist nation.”

Texas is the heart of Trump country. I bet you 90 percent (or more) of these gung-ho, adrenaline-junkie, white Southern working-class guys saving lives were “Trump deplorables.” Yet they risked their lives in dangerous conditions to help people of all colors, races, religions and sexes.

When they reached out to save a soul on a rooftop, or in the filthy water, they never cared whether the hand they grabbed was white or black or Hispanic.

Houston turned into “the anti-Charlottesville.” Scenes of a few dozen brainless, toothless, white guys marching with white hoods and torches gave way to rednecks with cowboy hats, tattoos and the infamous Trump deplorable attitude saving lives of all colors.

Third, Texas shined. I ended my Newsmax national TV show last month with Hurricane Harvey bearing down on Texas with this prediction from one of my fans: “No need to be concerned. Because this is happening in Texas. Texans not only take care of themselves … they take care of each other and have elected competent leaders … particularly our governor, Greg Abbott. Texas will be OK.”

And it was. No other state could have come through with such flying colors.

Fourth, give President Donald Trump credit where credit is due. I received a dozen emails from liberal critics telling me, “This will be the end of the Trump presidency. Many thousands will die and your incompetent Trump will be to blame.” Nice sentiments, huh? Sad to know liberals hate Trump more than they love America.

If this had been poorly handled such as Hurricane Katrina, every liberal would be dancing on Trump’s grave. But Trump and FEMA came through with flying colors. Who said so? The Republican governor of Texas and the Democrat governor of Louisiana.

Fifth, while the death toll is at about 30 and counting, it could have been much worse. We’re talking about America’s fourth-largest city — with a population of more than 6 million — and the worst rainfall event in America’s history. Hurricane Katrina’s death toll was 1,800.

If you look up “natural disaster death tolls” at Wikipedia, the top 10 events of all-time feature death tolls of 250,000 to 4 million. All of these happened in far-away lands such as China, India and Thailand. America’s leaders, first responders, citizens and building codes are all the best in world history.

Finally, here’s the real “glass is half full” golden lining to this disaster. After Katrina, the economy of New Orleans boomed for more than a decade. The damage here is much larger than Katrina. All of the lost cars of Houston have to be replaced. All of the lost homes must be rebuilt. All the damage must be cleaned up. Houston’s economy will boom for the next 20 years. Unemployment will be near zero in Houston for years to come. People looking for work anywhere in America should be planning a relocation to Houston right now.

To the people of Houston I say, “This too shall pass.” It looks dark now, but there is a light at the end of the tunnel. The glass, my friends, is half full. God bless America … but especially the deplorables and rednecks!