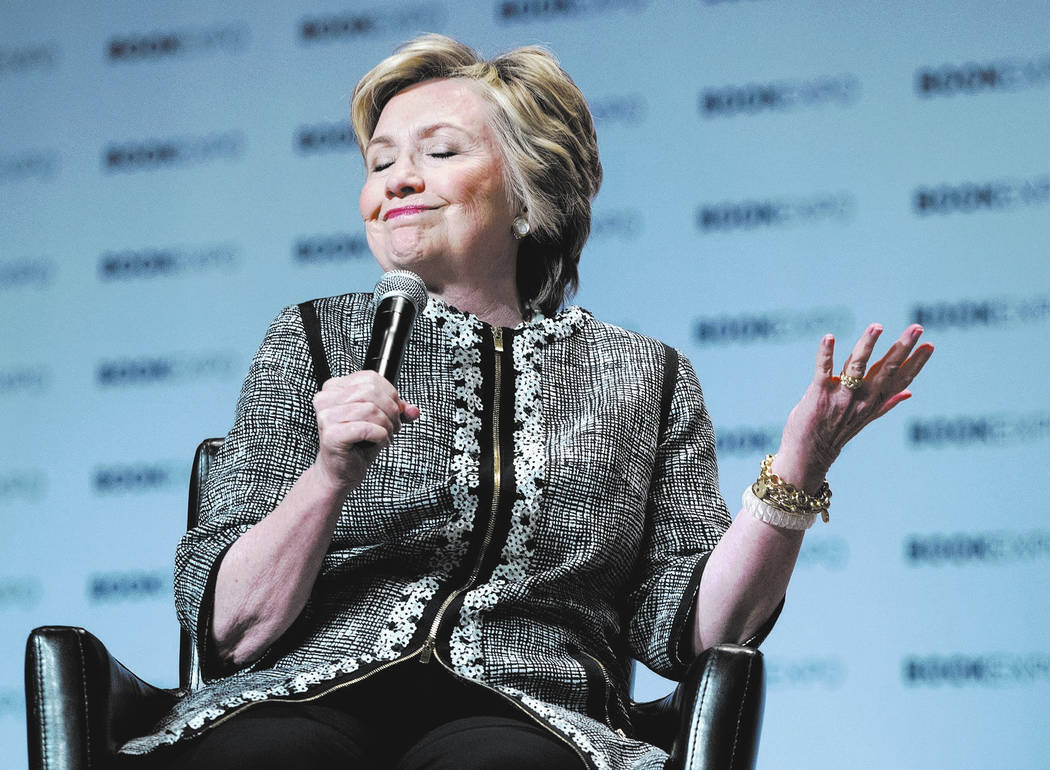 The House Intelligence Committee on Friday finally found President Donald Trump innocent of any “Russian collusion” in his presidential campaign. Great. Maybe now would be a good time to investigate and prosecute the real “Russian collusion.”

No one with a brain ever thought Trump was guilty of “Russian collusion.” Trump didn’t need the Russians to fix the election. He needed only 63 million mostly white, working-class and middle-class voters sick and tired of being dumped on, overtaxed, overregulated and destroyed by Obama’s obsession with global warming, his war on coal and his trillion-dollar Obamacare scam.

Oh, and be sure to add Hillary calling Trump supporters “deplorable.” That might have factored in, too.

So Trump didn’t need any help. But there was more than enough interference, collusion and conspiracy to go around. It was just all on behalf of Hillary. Yet she managed to become the first politician to ever fix an election … and lose.

Let’s start with FBI interference. More texts from FBI lovebirds Peter Strzok and Lisa Page were released on Friday. It’s clear there was a full-on FBI conspiracy to steal the election from Trump, commit fraud to cover up Hillary’s crimes and frame Trump after his victory.

Question: Can anyone imagine the media reaction if a bunch of white, conservative FBI agents were caught in texts bad mouthing Obama and talking about fixing an investigation to bring down his presidency? But it gets better. These rogue FBI agents were the actual agents running the FBI investigation against the president. I’d have loved to see the reaction to that anti-Obama FBI conspiracy.

Then there was DNC interference. Even DNC Chair Donna Brazile admitted the DNC rigged the presidential primary for Hillary.

Then there was Google interference. New research proves Google stacked the deck in favor of Hillary. Every search on Google was manipulated to make Hillary look good.

Then there’s Russian interference. First, there was the infamous Russian Uranium One deal. Hillary approved of the sale of one-quarter of our uranium stock to Russia in return for $145 million in “donations” to the Clinton Foundation, plus, as a bonus, a $500,000 speech for Bill Clinton. Hillary sold the secretary of state’s office to the highest bidder — Russia.

Hillary then tried to fix the presidential election — by colluding with Russia. She used a Russian dossier — filled with lies from top Russian officials and paid for by the DNC and Hillary’s campaign — to convince a FISA court to allow the FBI to spy on Trump’s campaign.

You can bet the FBI leadership handed over to Hillary any confidential Trump campaign plans they overhead while spying on Trump.

Now comes the important part. The key to any criminal investigation is motive. If Russian officials were fixing the election, who would they have been rooting for?

Russia knew how corrupt the Clinton Foundation was. They knew how dirty Bill Clinton was. They also knew how dirty Hillary was. The Russians are internet hackers extraordinaire. They surely knew Hillary used an illegal personal server. They probably read all 33,000 of her deleted emails. They surely intercepted thousands of classified docs from Hillary. From reading them, they surely knew Hillary fixed the primary system to ensure she beat Bernie Sanders.

Hillary’s election was Russia’s wildest dream. Russia was dying for Hillary to be elected president. What a perfect blackmail scheme.

So guess what happened next? Hillary’s mentor, Saul Alinsky, said always blame the other guy for what you did. Hence, Hillary and the Democrats blamed their “Russian collusion” scandal on Trump.

And here we sit.