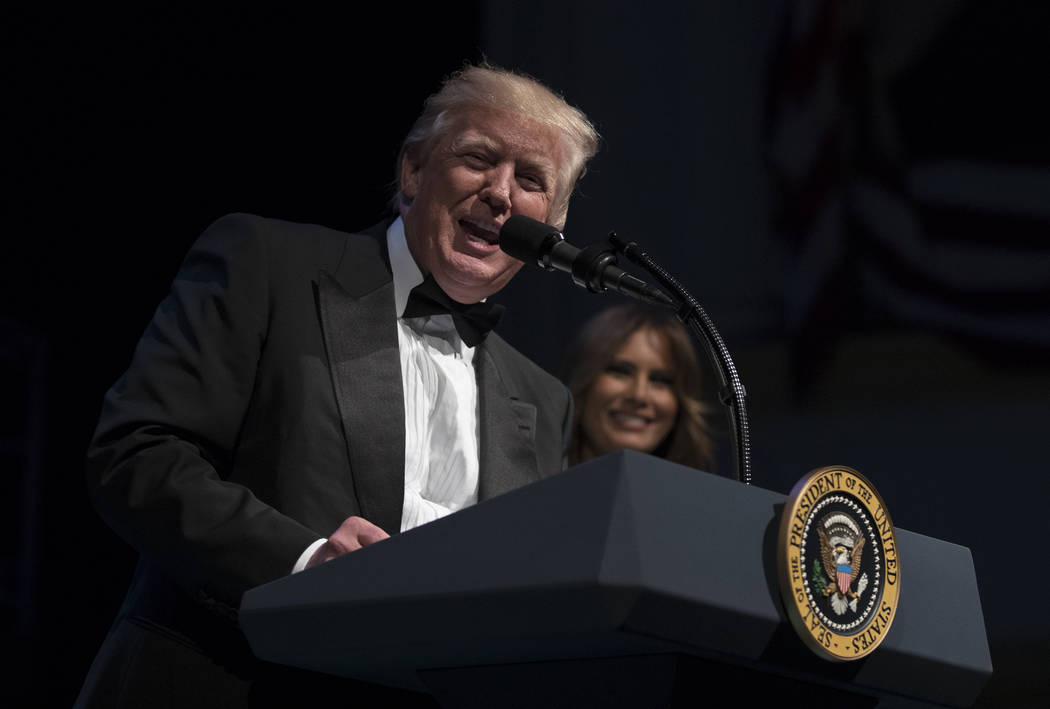 I’m the guy who predicted a Trump victory against all odds in the 2016 election. I also predicted a “Trump Miracle” for the economy. Here’s my new prediction: President Trump guaranteed his re-election last week.

Liberals must be sick to their stomachs. No matter what they do or say, no matter how hard they try to distract us from the booming economy, the “Trump Miracle” shines through.

I was going to write about the Trump administration’s war with California, illegal immigration and liberal politicians serving as “lookouts” for illegal felons. This move is cheered by middle-class Americans sick of being treated like second-class citizens. Brilliant. But this topic will have to wait.

Then I decided to write about Trump’s new tariffs on steel and aluminum, backed on stage at the White House by cheering blue-collar steel and aluminum workers. Trump kept his campaign promise to fight for American workers and American jobs. His move was cheered equally by Democrat Sen. Joe Manchin of West Virginia and liberal Silicon Valley billionaire Elon Musk. Trump just won the votes of millions of working-class Americans. This is not your father’s GOP. Brilliant. But this topic, too, will have to wait.

Although I will make a prediction. Trump exempted Mexico from his tariffs — for now. Why? I predict he will demand Mexico either pay for the wall or face a 25 percent steel tariff. One way or another, Mexico will pay for Trump’s wall. Brilliant.

Then I decided to write about Trump’s remarkable breakthrough with Kim Jong Un of North Korea. First, Little Kim announced he wanted to discuss nuclear disarmament. Then he shocked the world by inviting Trump to meet in person. Trump accepted. Trump’s blustery taunts and intimidation tactics worked. Trump pulled off what no other modern U.S. president could. But this topic will also have to wait.

That’s because the new job numbers just came out. I almost jumped through the roof. The Trump economy is exploding. In the end, this is what matters. Americans always vote with their pocketbooks. The economy is booming like nothing seen since Reagan.

The number of employed Americans rose to 155.215 million — the highest in history. The number of black Americans employed hit an all-time record high of 19.087 million. And a record 72.530 million women were employed. The 4.9 percent unemployment rate of Hispanic workers is at all-time lows, too.

I remember when I wrote at Fox News way back in 2015 that Donald Trump would be the greatest president for blacks, Hispanics, women and gays ever — simply because of the job creation numbers.

But I saved the really great news for last. Counting full- and part-time job gains, the Trump economy added a total of 1.006 million jobs in February — the biggest gain this century. That number included an amazing 729,000 full-time jobs. Not the crappy part-time jobs of the Obama era, but real, quality, high-paying, middle-class U.S. jobs.

A new Axios/Survey Monkey poll came out before all this amazing news. It showed that if the 2018 election were held today, five Democrat incumbent U.S. senators — in West Virginia, Missouri, North Dakota, Montana and Indiana — would be defeated decisively. And three more — in Ohio, Michigan and Wisconsin — are leading by only single digits.

Trump has changed politics. The GOP is going to pick up seats in the 2018 midterm elections. Then Trump is headed for a landslide re-election.

Contact Wayne Allyn Root at Wayne@ROOTforAmerica.com. Hear or listen to the nationally syndicated “WAR Now: The Wayne Allyn Root Show” from 3 to 6 p.m. daily at 790 Talk Now and at 5 p.m. on Newsmax TV.