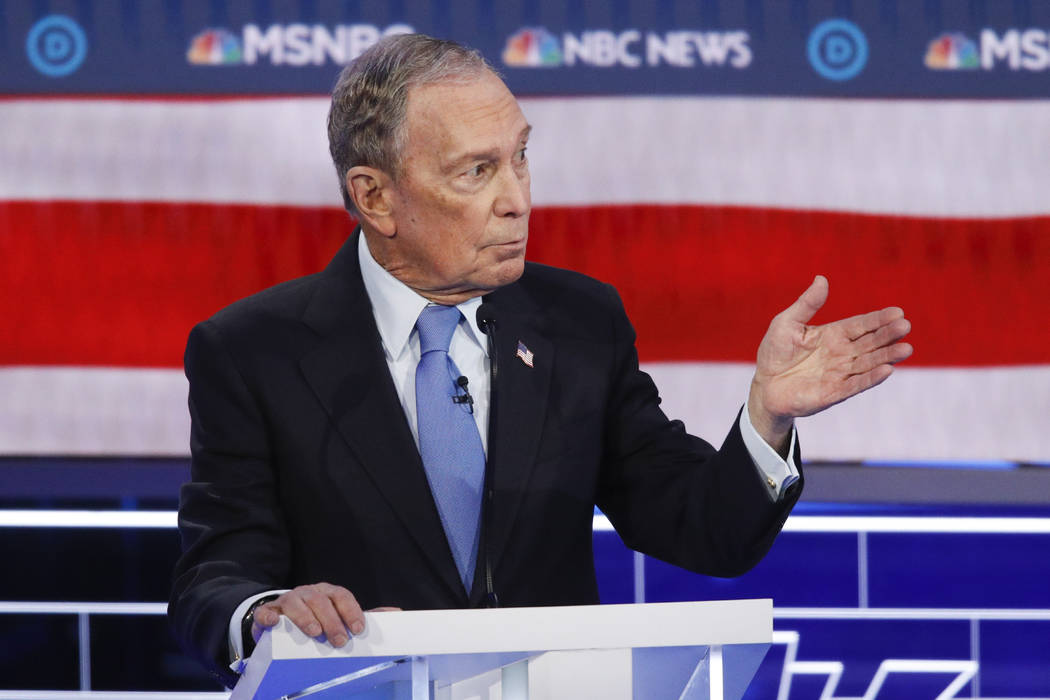 I hate to say it, but I told you so. This was a no-brainer. Anyone with common sense could see it coming from a thousand miles away. Mike Bloomberg is the Titantic-Hindenburg-“Poseidon Adventure” of the Democratic Party.

But give Bloomberg credit. He just set an all-time record. He’s the first gambler in history to lose $350 million in one night in Vegas!

My observations after watching every minute of the debate:

I have a new nickname for Bloomberg. I think President Donald Trump will love it. From now on, call him “Nondisclosure Mike.” That’s the end of Bloomberg.

By the way, that was the worst debate performance ever. Can you imagine? Bloomberg didn’t know his presidential rivals would ask about all his former female employees’ lawsuits and their nondisclosure agreements? That question never came up in debate preparation?

And no one ever bothered to ensure he had a good response? A guy worth $60 billion didn’t know it wouldn’t be received well by liberal feminists if he answered that the nondisclosures are for “the women’s protection.” Really?

Wait, it gets better. “Nondisclosure Mike” also claimed that none of these women was harassed by him. They were just “offended by a joke.” Oh boy. Clueless Bloomberg doesn’t understand that radical feminists think a sexist joke by a wealthy white male should be punishable by death.

Well, he does now.

The other biggest loser of the night was socialism. Not on that debate stage and not among that audience but among the rest of America. Democrats have painted themselves (and isolated themselves) on an island: Communist Island. They look like crazy people. I have the perfect island for them: Cuba. They’ll feel right at home.

Then there’s the Culinary Local 226. It was a big star of “the Night of 1,000 Losers” too. Everyone was focused on union members angry at the thought of losing their hard-fought health care benefits in a “Medicare for All” system. Welcome to my world.

Oh, and the big winner of the night? That’s easy. President Trump.