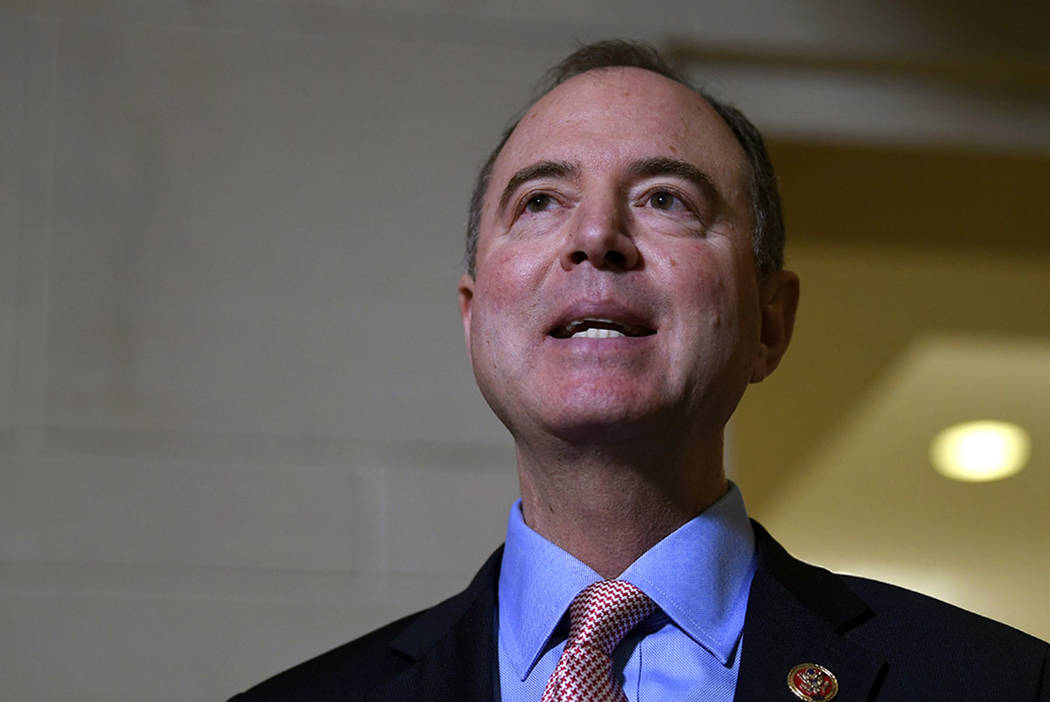 I have a new name for this witch hunt against President Donald Trump: Coup, Klutz, Klan in honor of the architects Nancy Pelosi, Adam Schiff and Jerry Nadler.

The case against Trump is falling apart by the minute. All the participants are being outed as Democrats, Trump haters and Deep State/D.C. Swamp denizens with the goal of removing Trump from office. Talk about a conflict of interest.

But before I pick apart the case against Trump, let’s take a look at why it’s happening. It’s simple. Democrats can’t beat Trump.

On Thursday, Trump hit 50 percent approval in a Rasmussen poll. That’s 3 points higher than Barack Obama at the same time of their presidencies. This, despite an impeachment inquiry and Trump’s 99 percent nonstop negative news coverage from the mainstream media.

This is precisely why there is an impeachment inquiry. Democrats have no other way to beat Trump.

By the way, there is also a new Monmouth poll out reporting Trump’s favorability rating is better than every Democrat running against him. During impeachment. Trump is at 44 percent. Joe Biden hits 43 percent, Elizabeth Warren 42 percent, Bernie Sanders 41 percent. Kamala Harris 27 percent and Pete Buttigieg comes in at 27 percent.

Now to the case against Trump. This really is an attempt to frame and railroad a president who Democrats can’t beat at the ballot box.

First, can you imagine Republicans framing Obama over a phone call that someone heard about from someone else thirdhand? Think about the reaction from the media and other organizations.

How about if Republicans held the Obama impeachment inquiry in a secret room, with no Democrats allowed in and no way to cross-examine accusers. Can you even imagine the cries of “racism”?

How about if Obama’s opponent, Mitt Romney, was allowed to vote on Obama’s removal from office. Are you kidding? That would never happen in a million years. The guy who wants your job can’t possibly serve on your jury, right?

So how can Democrat senators running against Trump be allowed to vote on his impeachment? Obviously, that disqualifies senators who are also running for president: Sanders, Warren, Amy Klobuchar, Harris, Michael Bennet and Cory Booker. Add Kirsten Gillibrand, who ran against Trump until recently. That’s seven votes in the Senate that are hopelessly conflicted.

Take those seven votes away, and it is virtually impossible for Trump to be convicted. Trump should ask the Supreme Court to rule on this.

How about the main “whistleblower”? His name is an open secret in D.C. Guess what? He’s a registered Democrat, works for the CIA and worked for Obama, Joe Biden and a bunch of Obama officials.

It gets worse. He not only worked for Trump’s opponent, Biden, he traveled with Biden, was a guest of Biden’s at a State Department banquet and was involved in the $1 billion foreign aid delivered to Ukraine. In addition, Mark Zaid, the whistleblower’s lawyer, tweeted in January 2017, “The coup has started, impeachment will follow.”

The Democrats’ star witness, Bill Taylor, the top U.S. diplomat in Ukraine, admitted in the secret hearings he wasn’t on the Trump-Ukraine phone call. It’s all thirdhand hearsay.

The other star witness, fired Ukrainian Ambassador Marie Yovanovitch, potentially lied under oath about contacting a Democrat staffer to discuss the case.

This is a coup. And everyone involved in this Coup, Klutz, Klan witch hunt needs to be punished to the fullest extent of the law.

— Contact Wayne Allyn Root at Wayne@ROOTforAmerica.com. Hear or watch the nationally syndicated “WAR Now: The Wayne Allyn Root Show” from 3 to 6 p.m. daily at 790 Talk Now and at 5 p.m. on Newsmax TV.