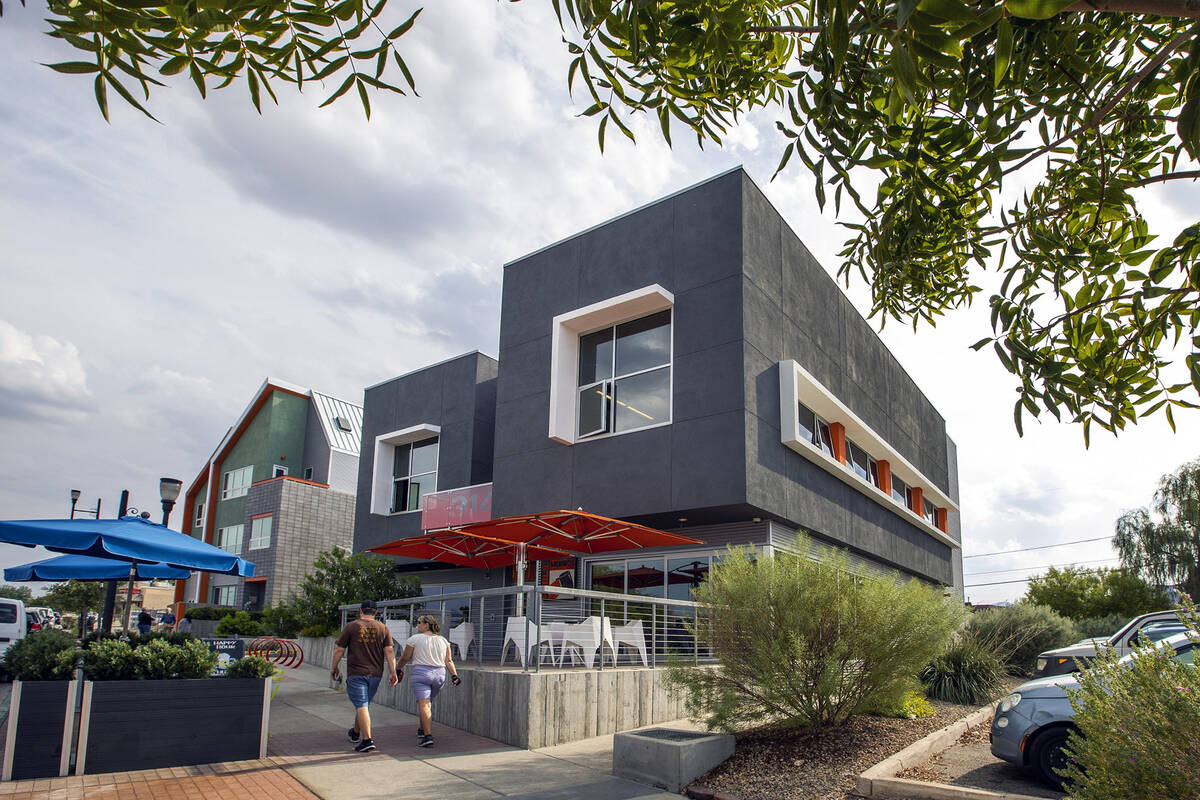 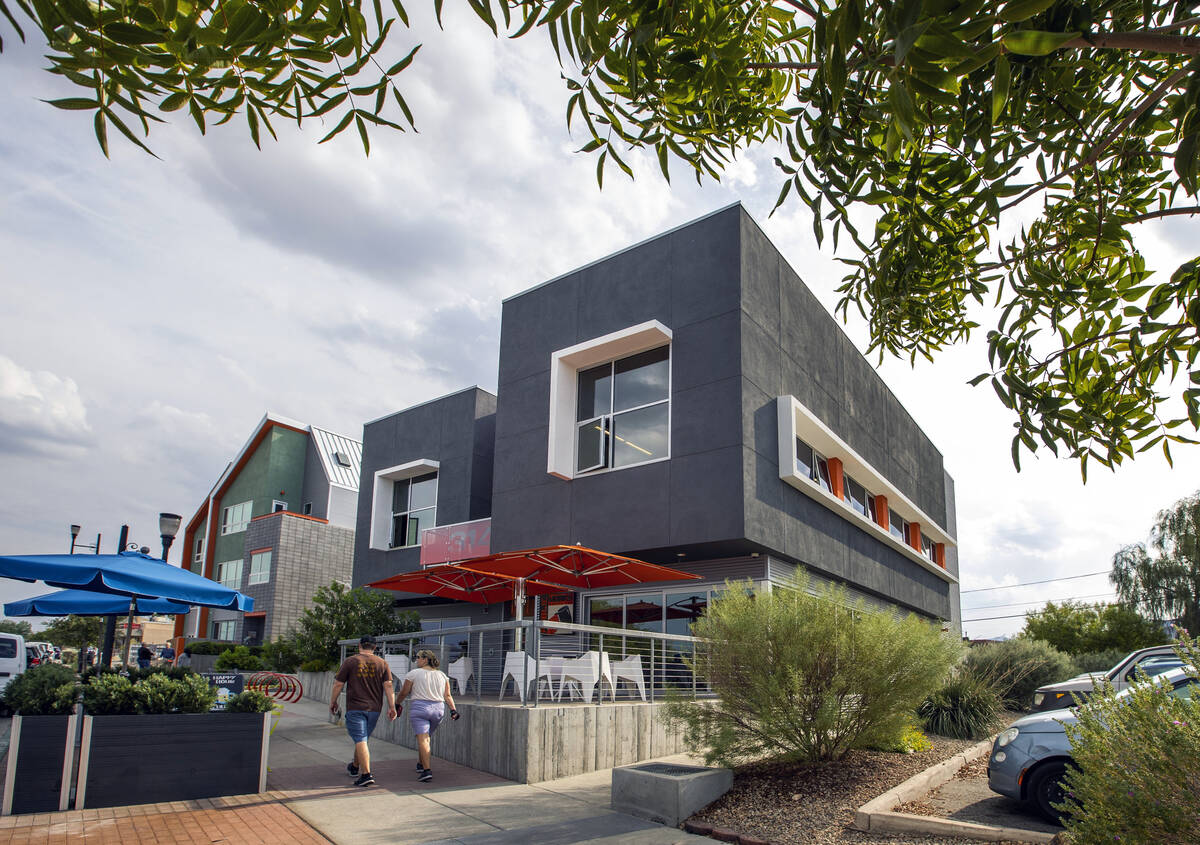 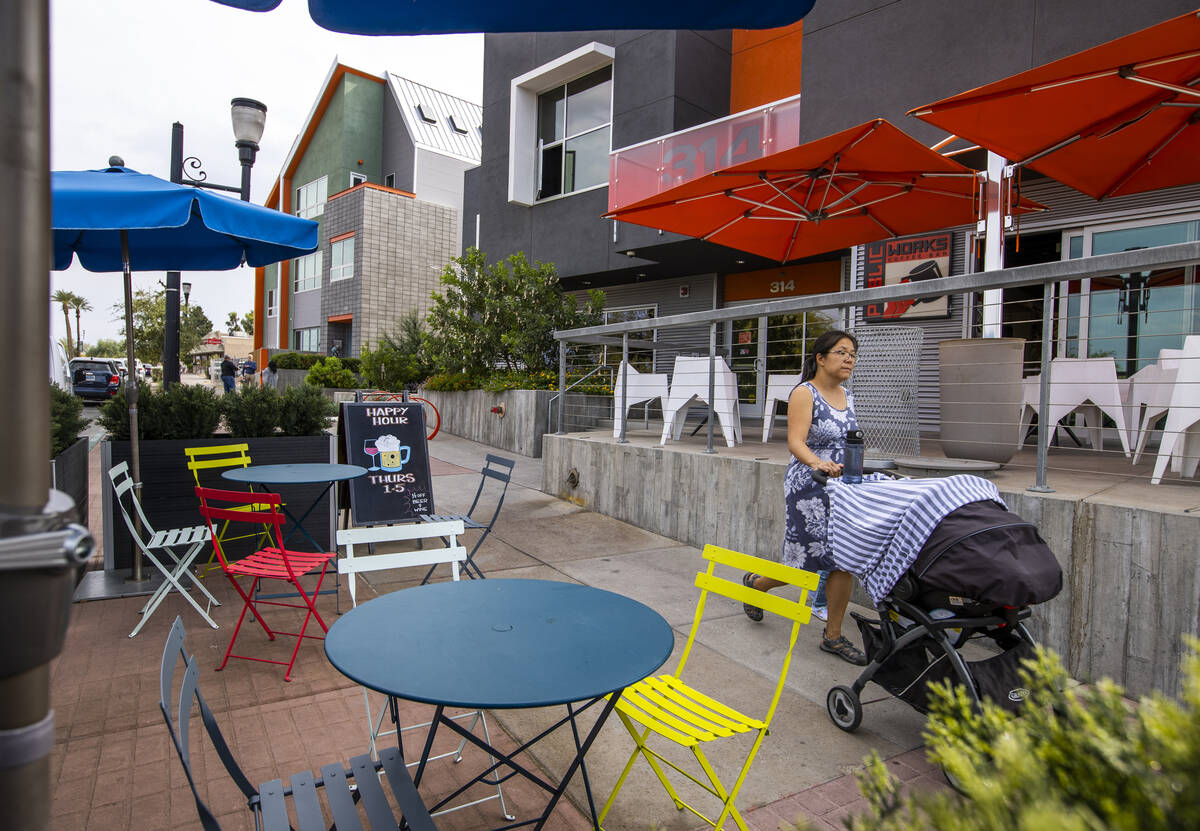 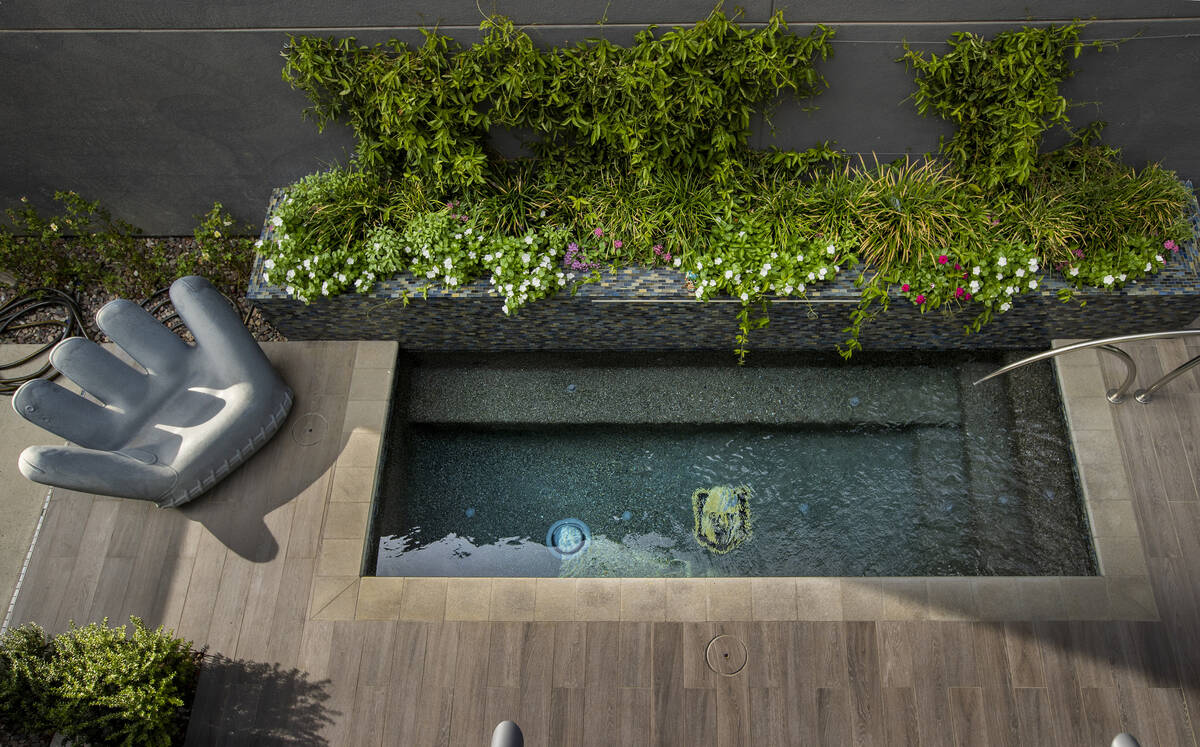 Soaking pool on the deck of Windom Kimsey of TSK Architects who is developing a small mixed-use complex along Water Street on Thursday, Oct. 7, 2021, in Henderson. (L.E. Baskow/Las Vegas Review-Journal) @Left_Eye_Images 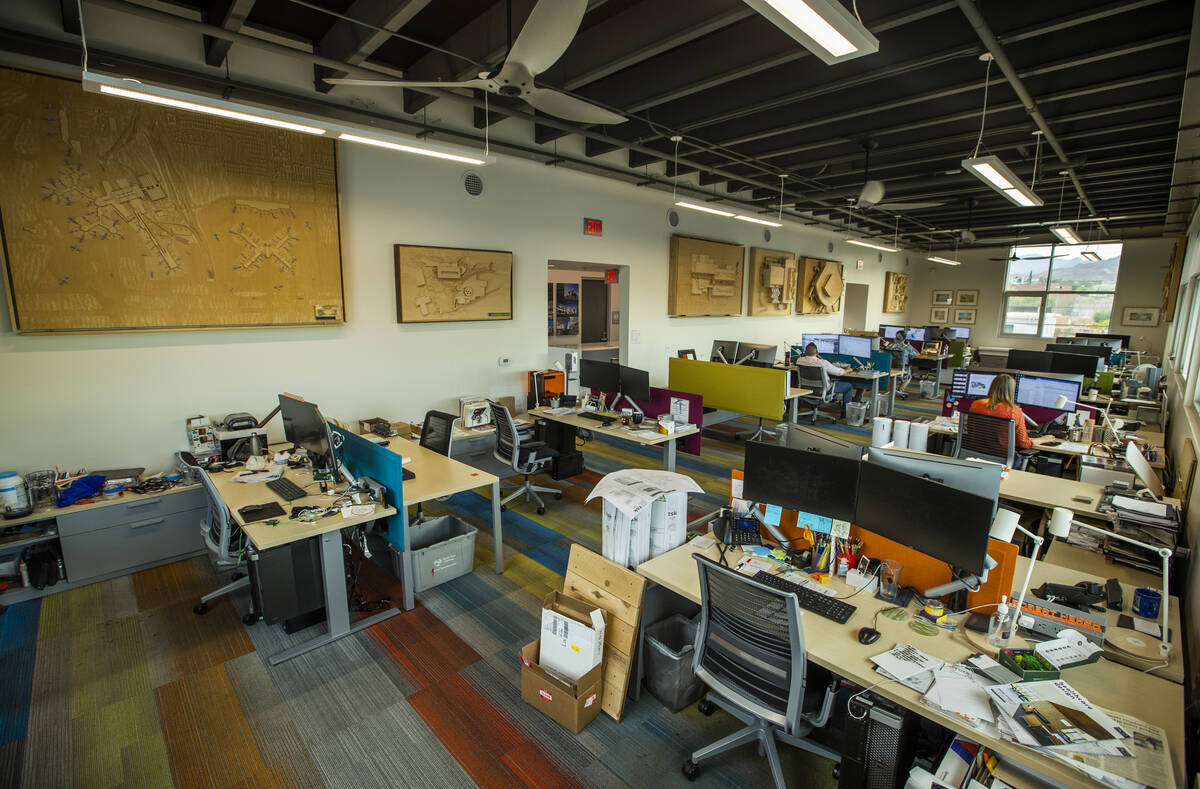 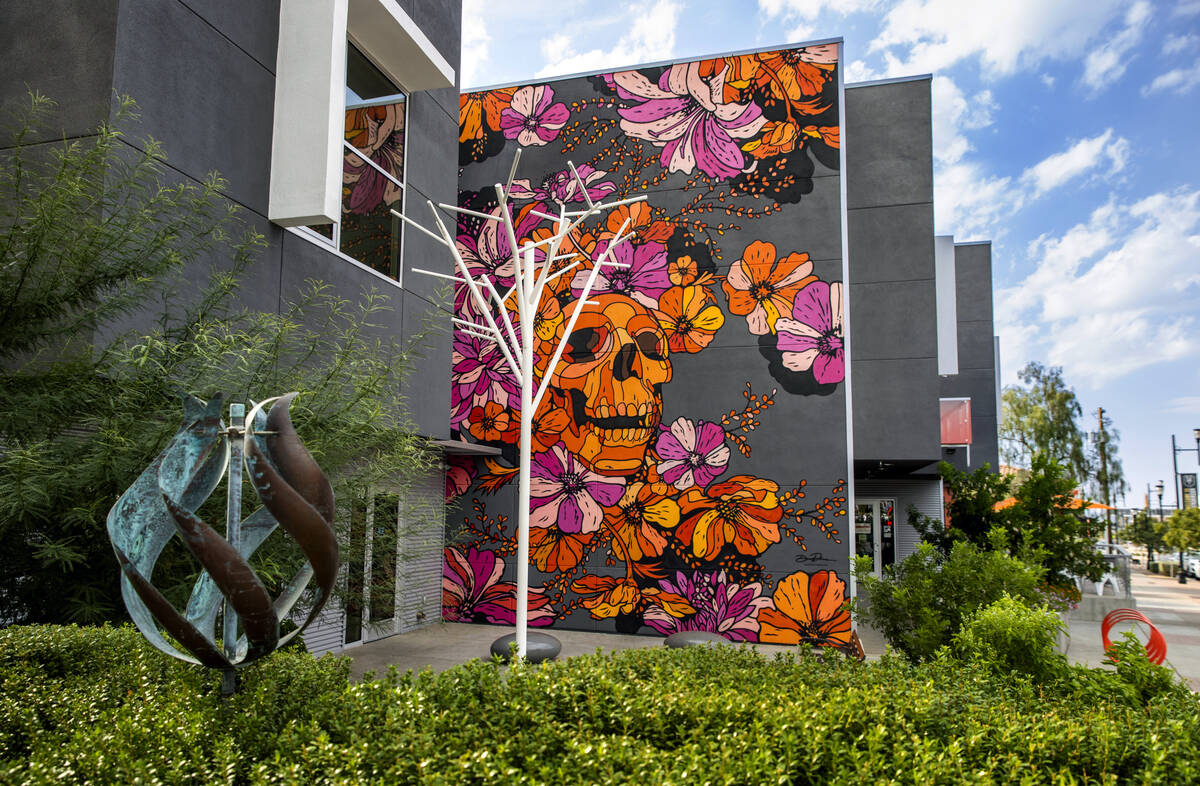 “Now, is this like building your own neighborhood, so you have everything you want or need next to you?” asks architect J. Windom Kimsey, standing along Henderson’s Water Street, in front of his house, next to his coffee shop, below his office, beside his rental units, a few steps from his soon-to-open restaurant. The answer, quite obviously, is yes, although he doesn’t really mean it as a question. Building his own neighborhood is exactly what he’s done, though it might have implications beyond him, too.

Amid the jaw-dropping rate of development now remaking Henderson’s once-drowsy main drag, Kimsey’s modest, three-building, mixed-use project doesn’t have the largest footprint or get the most attention. Lifeguard Arena, the Silver Knights’ ice rink — that’s what people talk about, or the forthcoming seven-story Watermark commercial/residential complex, or the foodie fantasia of new restaurants.

But South End at Water Street, as Kimsey calls his project, is intriguing for a couple of reasons. Most visibly is its clear allusion to an urban style of living entirely foreign to this neighborhood. It’s a mixed-use complex, not the norm here, comprising the Public Works coffee shop; the offices of Kimsey’s firm, TSK Architects (designers of UNLV’s new medical school); the offices of a design firm; Kimsey’s own three-story residence; three apartments; and a soon-to-open restaurant he’s mostly mum about right now. (“It’s Italian, I’ll give you that much,” he says.) On a street chockablock with civic buildings, casinos and mostly generic commercial structures, the unmistakable rowhouse quality of the two narrow residential buildings alludes to life as lived in places that might be called boroughs. The patios fronting the development — at Public Works and Kimsey’s home, and soon at the Italian joint — nod to a big-city ideal of street-level sociability. Almost alone among Water Street’s new development, South End has the visually idiosyncratic quality of a personal vision rather than the tame respectability of architecture extruded from a business plan.

And it is personal. “Ever since I moved here, I missed that walkability I had in Chicago,” Kimsey says. “The idea is that all the uses get mixed in the neighborhood.” To that basic idea he added wide-ranging inspirations: A trip to Germany resulted in the Bauhaus boxiness of South End’s commercial elements, while the housing’s steeply pitched rooflines are borrowed from Dutch modernism. People think “if you do a modern house it’s gotta be a flat roof,” he says. He disagrees. “In people’s psyche, a ‘home’ has that kind of pitched-roof feel. But do it in a different way that makes it interesting.”

And so, as an outlier and counterpoint, South End proposes itself as a thought experiment in living in a more intimate, integrated, densely organized manner. That Water Street might seem an odd place to work out these ideas isn’t lost on Kimsey, who sometimes asks his Door Dash drivers what they think the complex looks like. “A dormitory, that’s my favorite,” he says with a laugh.

Kimsey acquired this property in 2015, which is another interesting thing about South End: its timing. Back then, it’s doubtful an ice rink was on anyone’s Water Street vision board. Despite years of attempts to beautify and jump-start downtown Henderson, it mostly hadn’t seen the energies now transforming it. Kimsey isn’t capitalizing on the new growth; his project helped validate it.

To him, it was simply the right place for the right idea: “Downtown Henderson had the right scale for a neighborhood,” he says. His very own, as it turned out. “This is not where I projected life to be,” he says, “being in these other businesses, but on the other hand, they’re kind of necessary to make the development what it should be.” 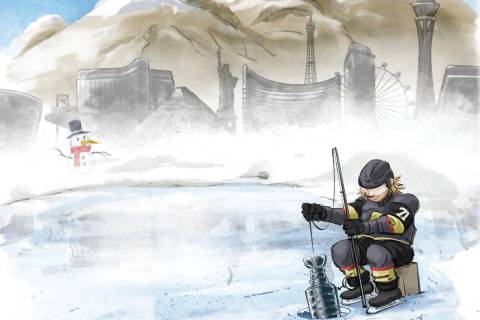 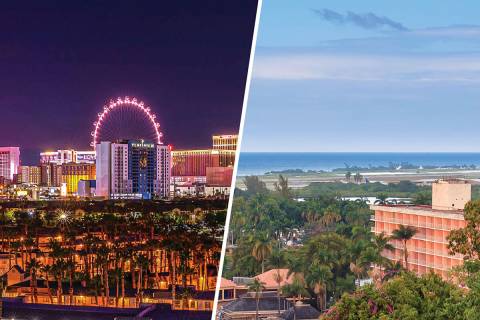 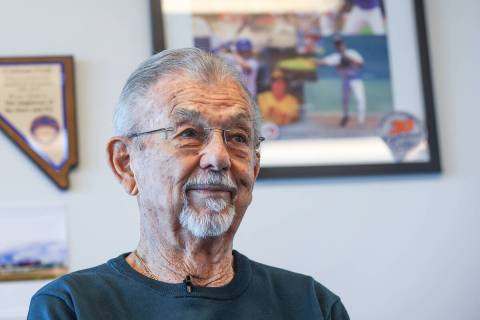 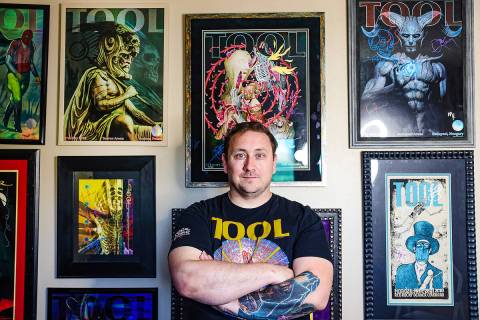 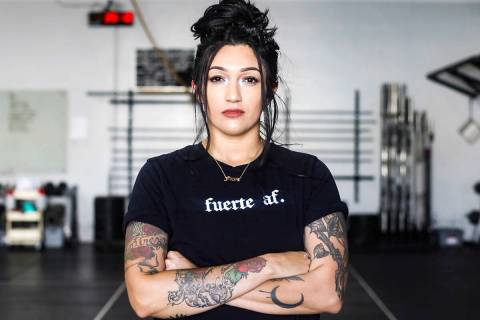 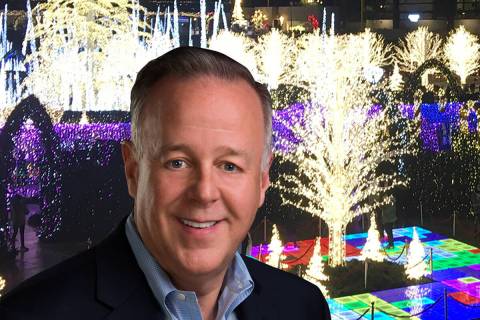 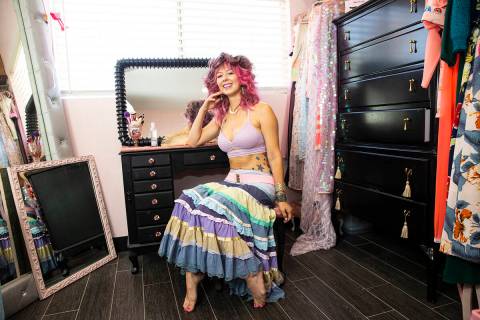 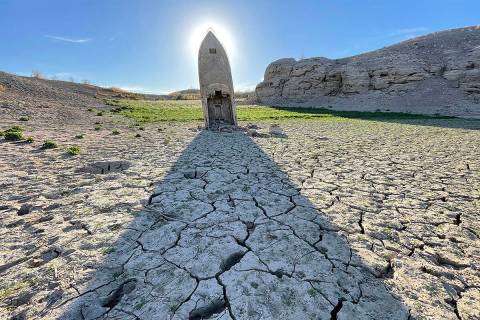 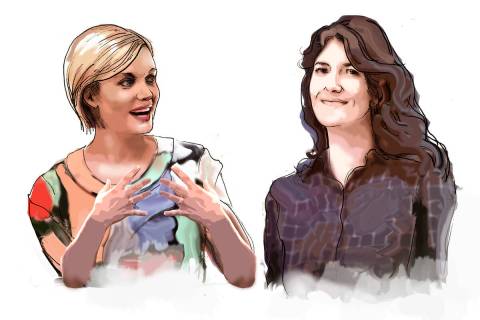 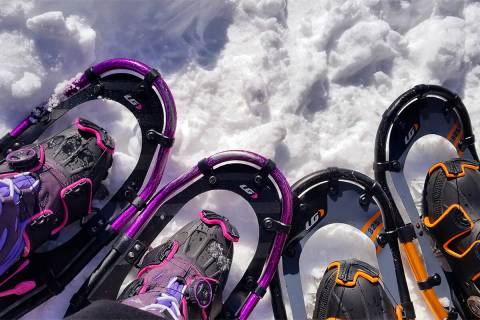