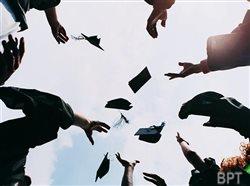 The places you'll go: Tips for female graduates on how to lean in to your career

(BPT) – More females are graduating from college than ever before, but does gender still play a role in career success? Does the so-called glass ceiling still exist? The truth is females face unique considerations when it comes to growing and navigating a career.

Rachel Thomas, president of LeanIn.Org, still remembers her first negotiation. Heart pounding and palms sweaty, she sat across the table from her boss-to-be armed with tips from her dad and a nervous smile. She ended up with a salary increase so modest, she says, “I could barely afford an extra tank of gas each pay cycle.”

Many negotiations and years later, it finally dawned on Thomas that her dad gave her bad advice. It turns out that what works for men in the workplace often doesn’t work for women.

It’s critical that young women learn how to manage their careers as women. Yet they often don’t have access to the right information. For example, search for “negotiation” in the books category on Amazon, and you’ll find nine out of the top 10 books were written by men. (A co-ed writing team penned the 10th.)

Yet seemingly small missed opportunities can significantly impact a woman’s bank account and career trajectory. Women are four times less likely to negotiate than men. Now consider the difference between a woman who accepts a $25,000 starting salary and a man who negotiates for $5,000 more: when they’re 60, the man will have made $361,171 more in salary. And it’s not just about money – according to one recent study, employees who negotiate are promoted 17 months earlier than those who don’t.

“Lean In for Graduates,” the new edition of Facebook COO Sheryl Sandberg’s best-selling book “Lean In,” offers recent graduates practical advice for choosing a path, finding a job, negotiating a first salary, and positioning themselves for success at work – all through the lens of gender. Here are three tips taken from the book that all graduates, especially women, should know as they transition from school to the workplace:

Adopt the mantra “Proceed and be bold”

Being bold is especially important for women because they often fear putting themselves out there. “Men will apply for jobs if they think they meet just 60 percent of the job requirements, while women will apply only if they think they meet all of them,” says Thomas. Now who’s got a better chance of getting that job – the man who applies for it or the woman who doesn’t?

Adopt the same principle for opportunities at work. Let your manager know you’re interested in stretch assignments and keep your eyes open for projects that will allow you to make your mark. Shift from thinking “I’m not ready to do that” to thinking “I want to do that – and I’ll learn by doing it.”

“You won’t get what you don’t ask for, so make it a rule to negotiate,” says Thomas. “But before you do, understand how stereotypes impact negotiations.” Research shows that we expect men to be assertive and look out for themselves, so there’s little downside when they advocate on their own behalf. In contrast, we expect women to be communal and collaborative, so when they advocate for themselves, we often react unfavorably.

One strategy to combat this, says Thomas, is to use communal language. As she explains, “women get better results when they emphasize a concern for organizational relationships.” For example, you might say, “If I join the team, I will do my best to contribute to its success. It’s important that my salary reflects the education and skills that will enable me to do this.”

Sit at the table

“It’s difficult to change the way you feel, but you can change the way you think and act,” explains Thomas. When you walk into a meeting feeling insecure, remind yourself that you’ve earned your position. Then take a seat at the table, raise your hand, and surprise yourself. “When you push past your insecurities and go for it, you gain more confidence, which leads to more opportunities,” says Thomas.

The common thread in all of these tips is, Go for it! When you see an opportunity, imagine what success looks like for you and lean in to it. For more career tips for graduates, visit leanin.org/grads.