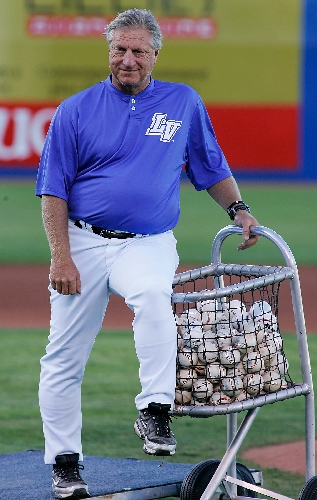 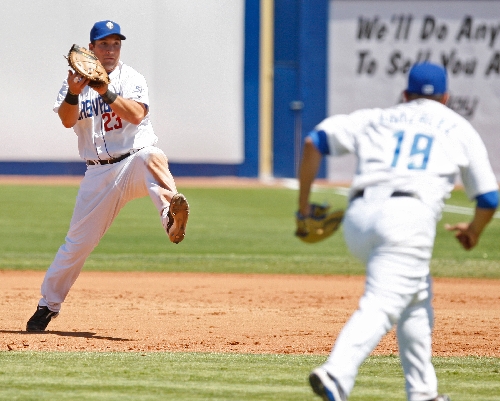 The 51s produced the Pacific Coast League’s Most Valuable Player — in catcher J.P. Arencibia — for the second straight season and also featured one of the most explosive offenses in Triple-A this year.

As a result, the 51s finished their 28th year in Las Vegas with a 66-78 record — their second consecutive losing season and sixth in seven years. It also was the 10th straight losing season turned in by the Toronto Blue Jays’ Triple-A affiliate.

“The win-loss record was not very good, but for me the most important thing is getting guys ready to play in the big leagues,” said first-year Las Vegas manager Dan Rohn, a three-time PCL Manager of the Year. “We sent a lot of guys up there, and that part of it was very successful.”

The Blue Jays called up four players — Arencibia, Hoffpauir, Lewis and Roenicke — on Sunday and two more — Hill and Ray — on Tuesday after Las Vegas wrapped up its season with Monday’s 6-5 loss at Portland.

“They all deserved it. They busted their butts,” Rohn said. “I was hoping for a couple more but it didn’t work out that way.”

One surprising omission was 51s closer Jeremy Accardo, who started the season with the Blue Jays and went 3-2 for Las Vegas with 24 saves and a team-leading 3.48 ERA.

Accardo was one of three pitchers named to the All-PCL team (which also featured Arencibia) and is being paid $1.08 million this year by Toronto.

A year after Las Vegas slugger Randy Ruiz earned PCL MVP honors, Arencibia made it two in a row for the 51s, becoming the sixth player in franchise history to win the award.

He also made a historic debut in the majors, becoming the first player in 121 years to crack two homers and four hits in his first game in Toronto’s 17-11 win over the Tampa Bay Rays on Aug. 7 at Rogers Centre.

“(The Blue Jays) expect him to be a dominant player and he certainly lived up to the expectations they put on him,” 51s general manager Don Logan said.

The 51s used 17 starting pitchers this year, with only three topping 100 innings.

“What hurt us the most was juggling the starting rotation all year,” Rohn said. “You can’t outslug everybody every night.”

The 51s, who matched their worst home mark ever at 30-42 and went 36-36 on the road, dropped the first eight games of their last homestand of the season and were in danger of enduring their first winless homestand in franchise history.

But outfielder Jason Lane bailed them out in their Aug. 29 home finale, belting a walk-off grand slam to send Las Vegas to a 12-8 victory over Reno.

Tom Brady is hanging up his cleats and this time, he says it’s for real.