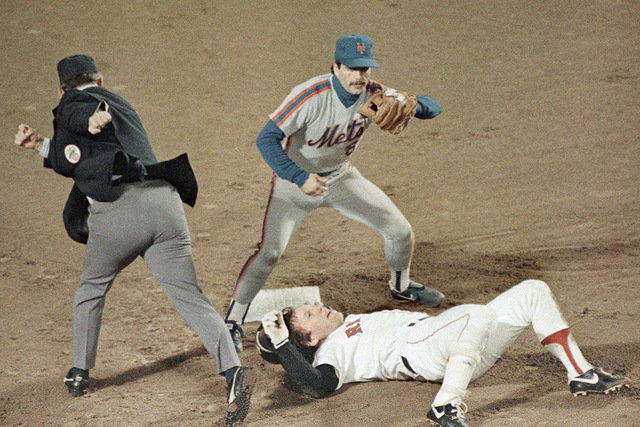 Boston Red Sox Rich Gedman rolls over after being tagged out at second base by New York Mets Wally Backman while trying to stretch a single into a double during sixth inning action in the fourth game of the World Series at Bostonís Fenway Park in Boston on Wednesday night, Oct. 23, 1986. Calling Gedman out is second base umpire Dale Ford. (AP Photo/Ray Stubblebine) 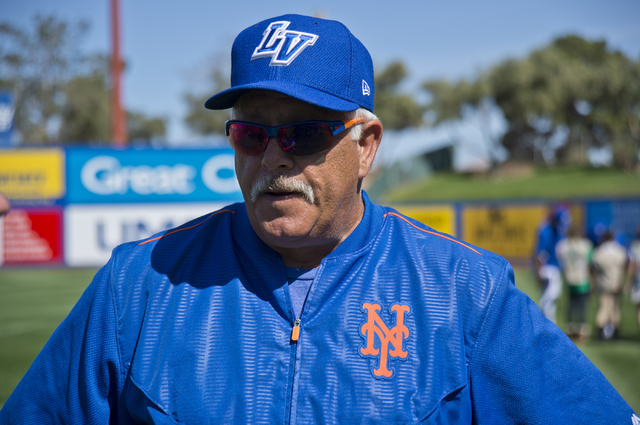 Manager Wally Backman talks with reporters during media day for the Las Vegas 51s at Cashman Field in Las Vegas on Tuesday, April 5, 2016. The event was held ahead of opening Thursday's season opener against the Fresno Grizzlies. (Daniel Clark/Las Vegas Review-Journal) Follow @DanJClarkPhoto 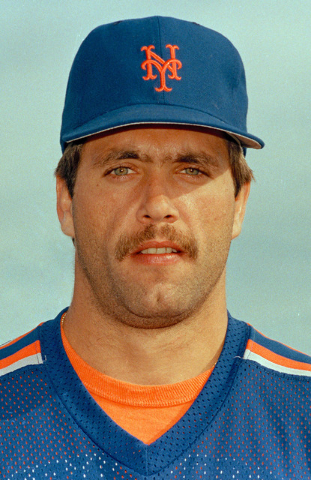 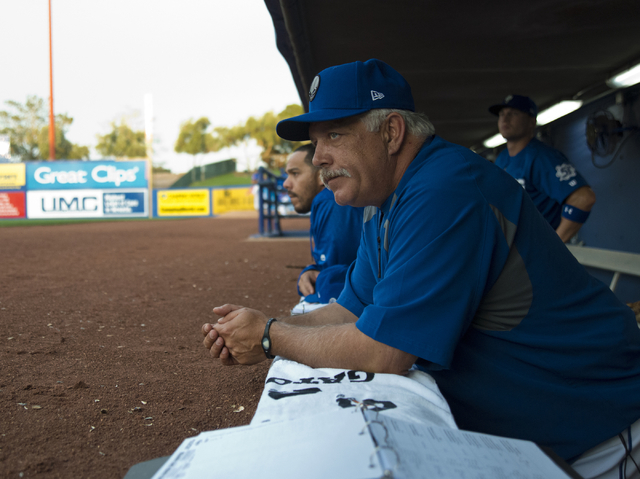 Come Saturday, the stands at Cashman Field will be filled with people sporting Wally Backman jerseys.

While the 51s give out Backman 1986 jerseys to the first 2,500 fans in attendance, their manager will be in New York at Citi Field as the Mets honor the 1986 World Series champions over the weekend.

Backman will miss four games, leaving for New York on Thursday and returning on Sunday after the day game. Hitting coach Jack Voigt and pitching coach Frank Viola will take charge and the Mets will also have rovers coming in while he’s gone.

“It’s going to be fun. It’s exciting to go back,” Backman said. “It’s the last championship they won.”

Backman said members of the team usually meet up at autograph shows in New York or New Jersey at least every other year, and the Mets honored the team once shortly before closing Shea Stadium in 2008.

This time, they’ll have a special pregame ceremony on Saturday as well as other events throughout the weekend.

The 1986 Mets beat the Boston Red Sox in the World Series in seven games.

The sixth game featured one of the most memorable moments in World Series history, as a ground ball went through Red Sox first baseman Bill Buckner’s legs in the 10th inning, sending the Mets to a Game 6 win.

“Before the ball went through Buckner’s legs, I was sitting on the bench … I was thinking we just played the worst six-game stretch that we played all year and we were going to lose and then that’s why baseball’s so great,” Backman said. “You’ve got to get 27 outs.”

Backman, a second baseman, hit .333 with an RBI in the World Series and he wears his ring around to this day.

“In my whole career, that’s the proudest thing I have is my ring because there’s a lot of Hall of Famers that don’t have one of those,” Backman said. “If you could ask any Hall of Famer or even a guy like Rusty Staub (who) played 23 years in the big leagues, what does he wish he had? They’ll all tell you the same thing.”