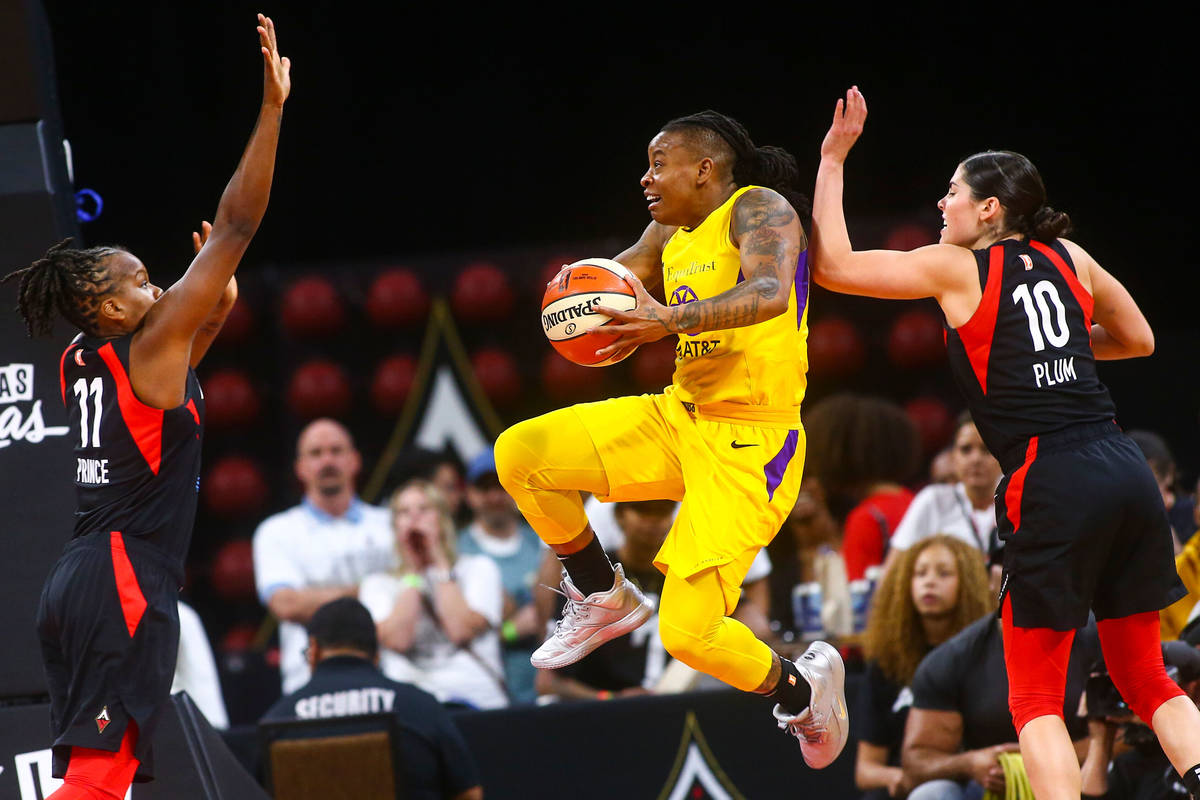 Los Angeles Sparks' guard Riquna Williams goes to the basket between Las Vegas Aces' Epiphanny Prince (11) and Kelsey Plum (10) an during the second half of a WNBA basketball game at the Mandalay Bay Events Center in Las Vegas on Saturday, Aug. 31, 2019. (Chase Stevens/Las Vegas Review-Journal) @csstevensphoto

The unrestricted free agent is an eight-year WNBA veteran who was named Sixth Woman of the Year in 2013 and an All-Star in 2015.

Williams ranked fifth in the WNBA over the past three seasons with a 39.4 shooting percentage from the 3-point line. She made a career-best 42.2 percent from that range last season with the Los Angeles Sparks and averaged 10.5 points.

“Riquna is a proven scorer in this league and adds a great deal of depth to a roster that already had WNBA championship aspirations.” Aces coach Bill Laimbeer said in a statement. “She brings an energy to the court whenever she enters a game and has become a consistent threat from three-point range over the course of her career.”

Williams is playing in the Turkish League, averaging 17.7 points, 5.8 rebounds and 3.9 assists.

She is the second Sparks player to sign with the Aces this offseason. They also added All-Star point guard Chelsea Gray on Feb. 2.

“I am super excited to play for a coach like Bill because of his style and his history when it comes to the game,” Williams said in a statement. “The Aces have a reputation as a great organization and a roster full of amazing players that will allow me to continue to grow and learn as a player.”