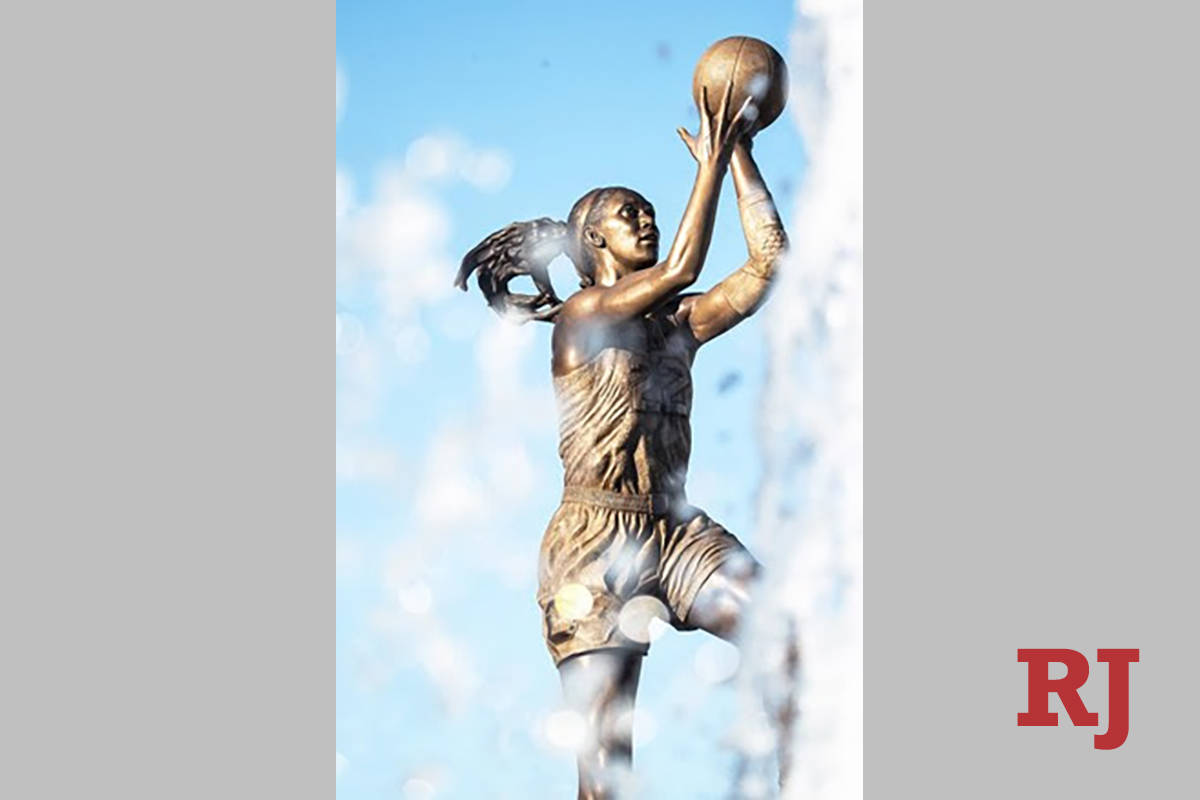 Aces star A’ja Wilson is being honored with a statue at Colonial Life Arena in Columbia, South Carolina, where the 2020 WNBA MVP spent four years before being drafted by Las Vegas in 2018.

“A’ja Wilson’s accomplishments, on and off the basketball court, make this statue so deserving,” South Carolina athletic director Ray Tanner said. “She is an outstanding representative of Gamecock athletics and our university. I am delighted that we can celebrate her in this manner.”

The bronze statue stands over 11 feet tall, sits atop a 4-foot granite base and was paid for by private donations. Wilson’s statue joins those of Richard T. Greener, the first African American faculty member at the university, and Heisman Trophy winner George Rogers.