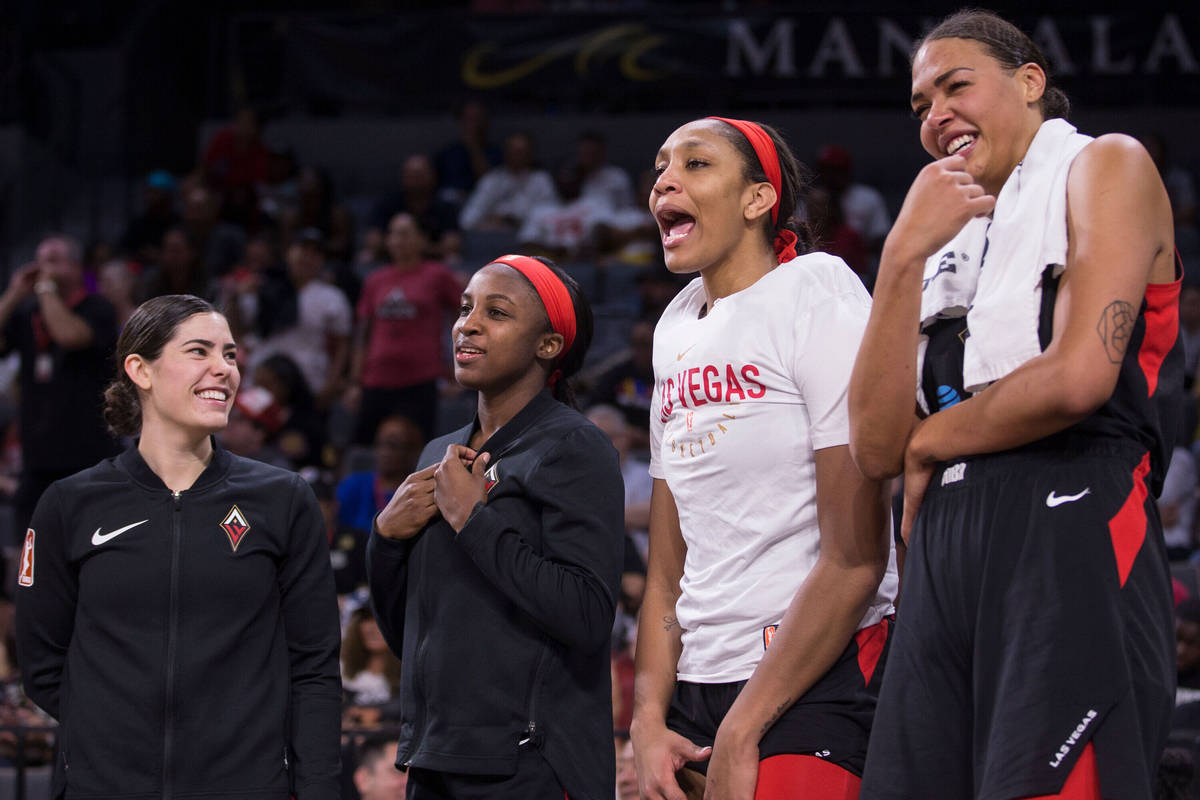 Aces training camp hasn’t even started yet. But it’s already much different from last season’s for one simple reason. It’s in Las Vegas.

“It feels so good to be back out here,” said third-year guard Jackie Young.

The Aces begin training camp on Sunday at Michelob Ultra Arena, thus beginning their quest for the franchise’s first championship after reaching the WNBA Finals last fall in the league’s bubble setting in Florida. Las Vegas coach Bill Laimbeer indicated that the expectation is to win the title this year.

That’s an expectation the players embrace.

“You read any publication, they’re all going to pick us No. 1. There’s a responsibility with all that also — we have to win,” Laimbeer said. “We’re not going to sneak up on anybody. We’re going to (get) everybody’s A-game. When we come to town, it’s going to be a big game. Let’s see how we handle it.”

Most of the team has been in Las Vegas since April 18, quarantining at The Signature at MGM Grand as part of coronavirus prevention protocols. Players are subjected to daily COVID-19 testing and must submit six consecutive negative tests before they can practice.

They’ll be confined to their hotel rooms during a majority of idle time, leaving only for essentials like groceries. And though the circumstances aren’t ideal, there is an internal sense of relief because WNBA teams are playing in their respective cities and not at a neutral site this season.

Laimbeer said he isn’t sure how last year’s success will impact this season. In part that’s because the Aces turned over more than half of the roster that reached the Finals. Notably, All-Star two-guard Kayla McBride signed with the Minnesota Lynx, but All-Star point guard Chelsea Gray and sharpshooter Riquna Williams joined the team via free agency.

The Aces also welcome the return of centers Liz Cambage and JiSu Park, and guard Kelsey Plum, all of whom did not play in 2020. Cambage opted out amid the coronavirus, Park played professionally in South Korea, and Plum missed the year with an Achilles injury.

Acclimating the new faces and re-acclimating the familiar ones are certainly among Laimbeer’s priorities during training camp. But there is no priority more important than health, he said.

With that in mind, he hopes to “ramp up” throughout the course of the season and build toward what he hopes is another deep playoff run.

“(A championship) has always been the expectation,” Young said. “We’ve added a couple new pieces and just some players with experience, some vets. I think that will help us a lot.”