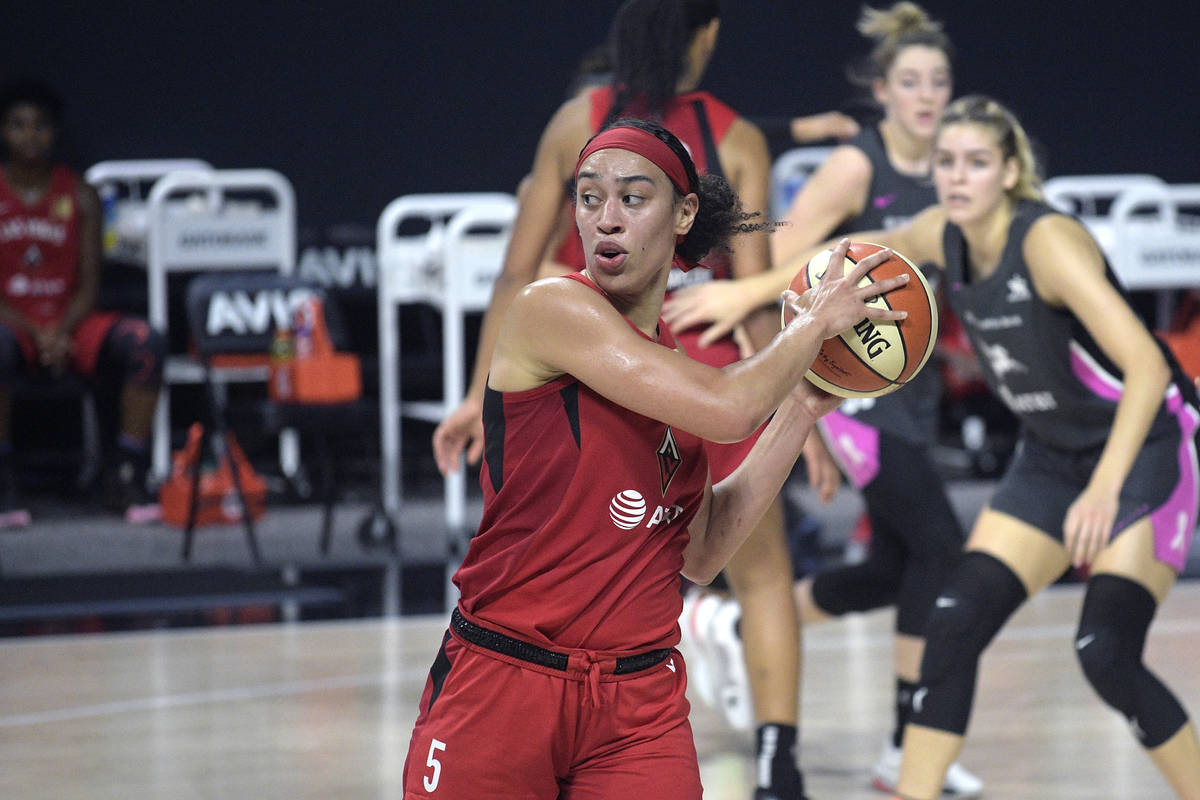 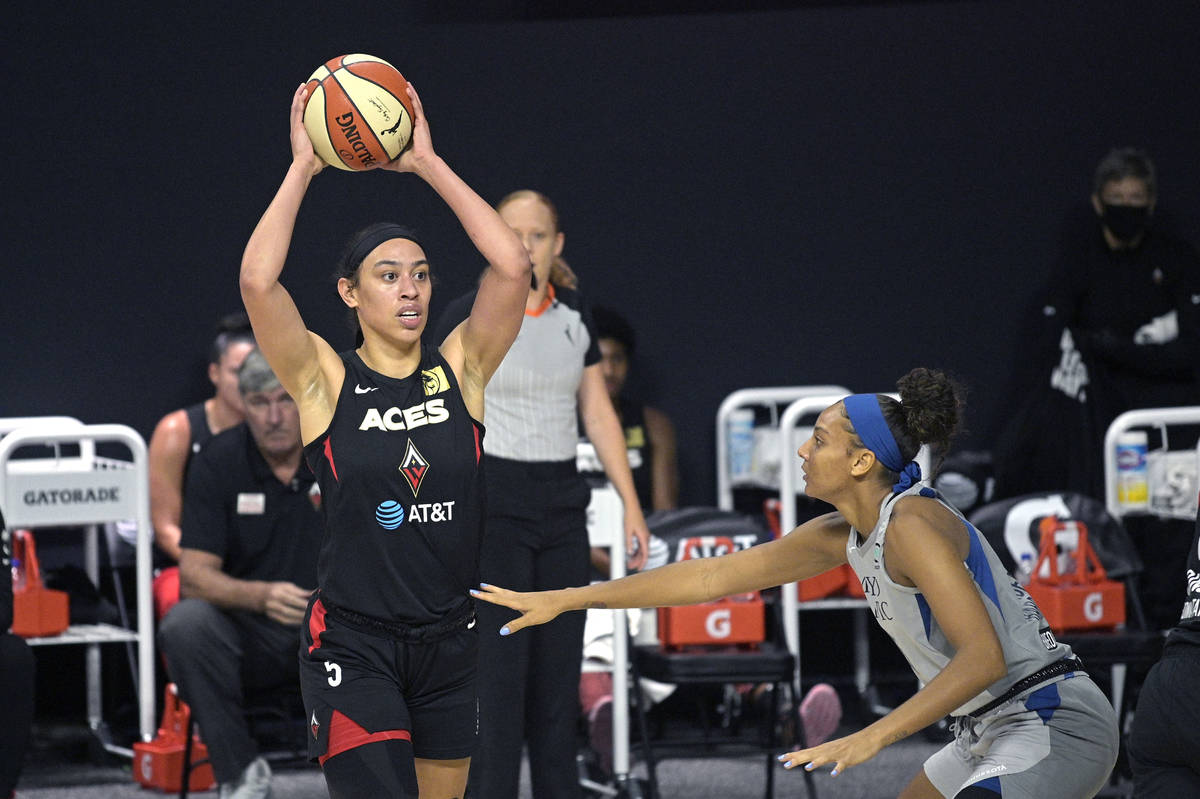 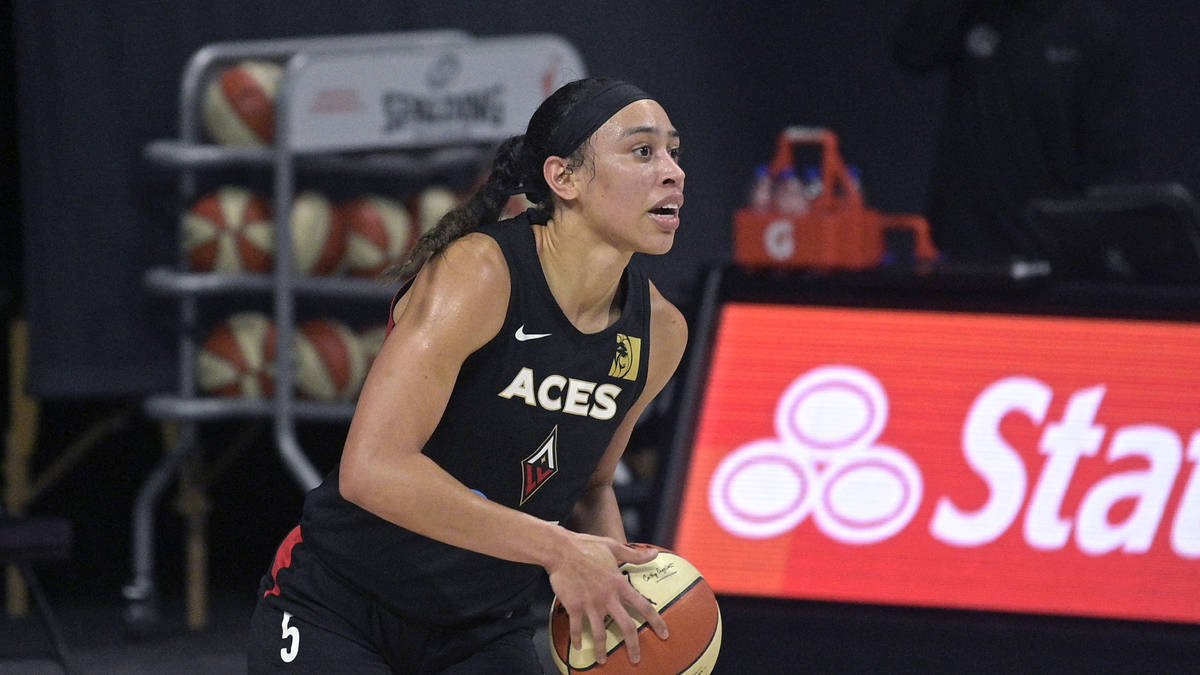 Las Vegas Aces forward Dearica Hamby (5) looks to pass the ball up the court during the first half of a WNBA basketball game against the Minnesota Lynx, Thursday, Sept. 10, 2020, in Bradenton, Fla. (AP Photo/Phelan M. Ebenhack) 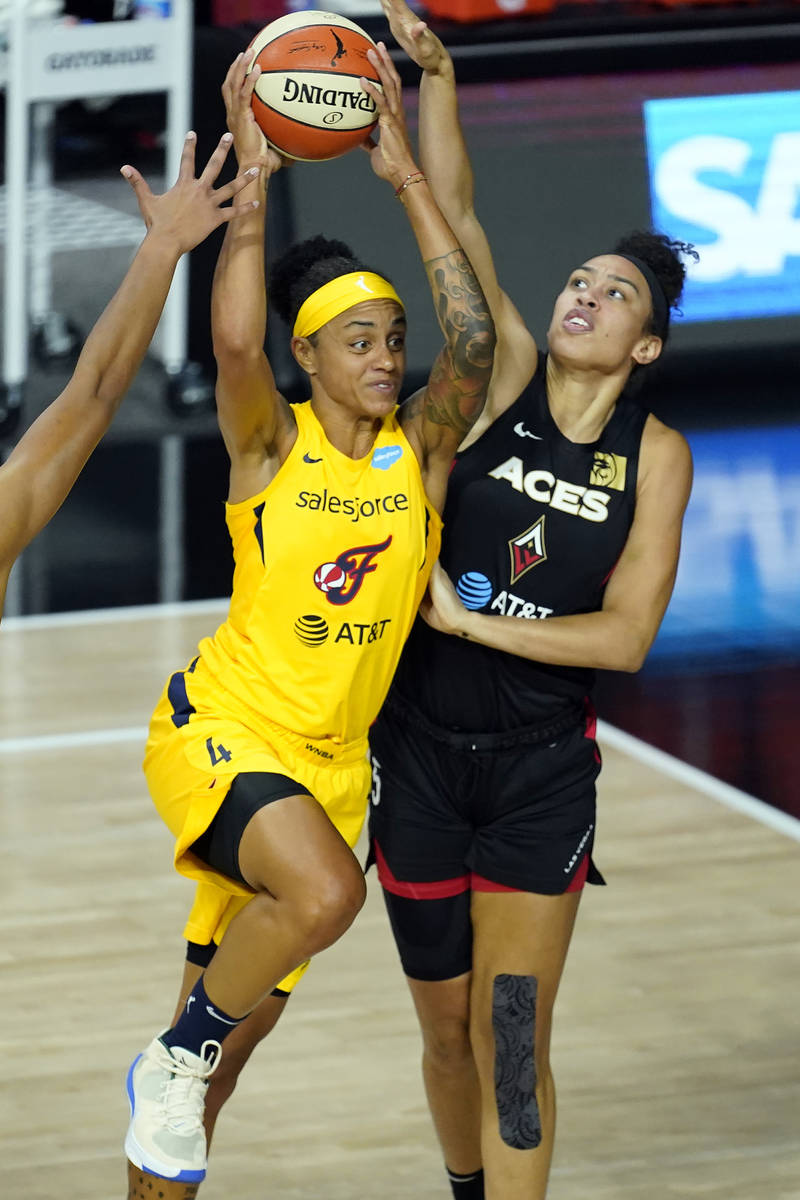 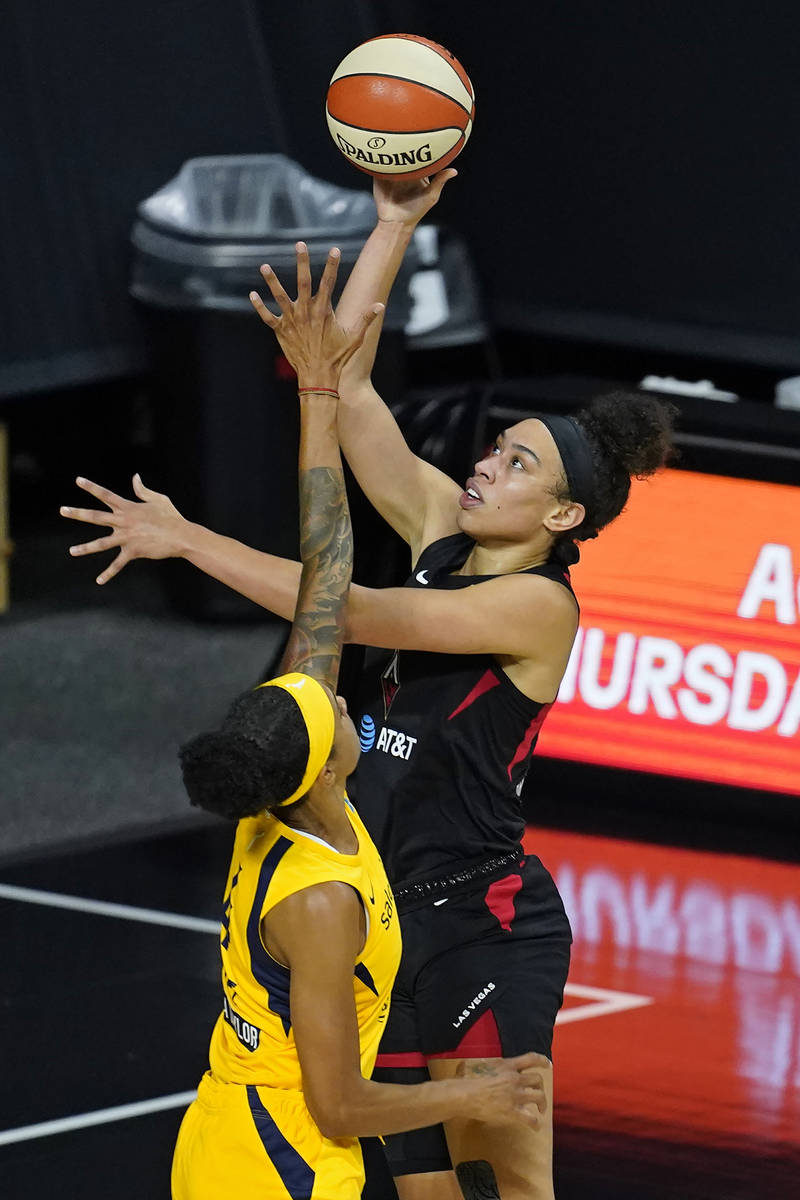 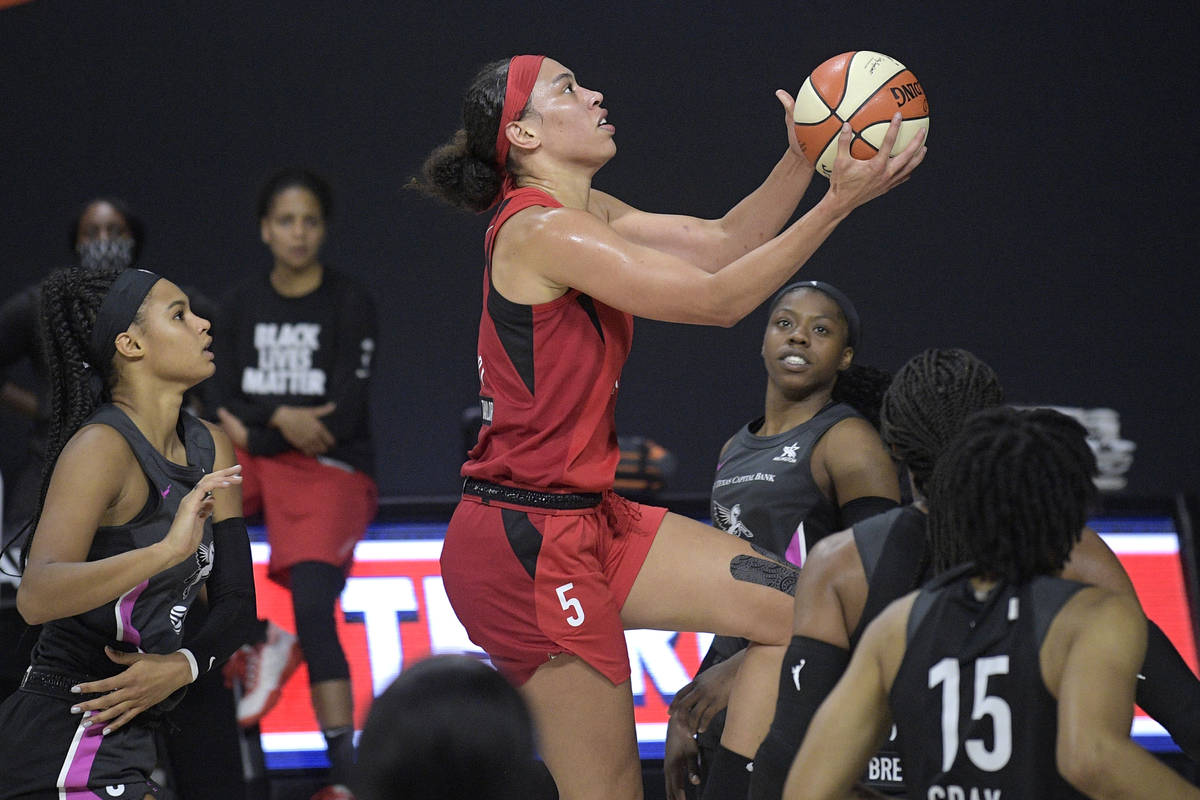 Las Vegas Aces forward Dearica Hamby goes up for a shot during the first half of the team's WNBA basketball game against the Dallas Wings, Tuesday, Aug. 25, 2020, in Bradenton, Fla. (AP Photo/Phelan M. Ebenhack) 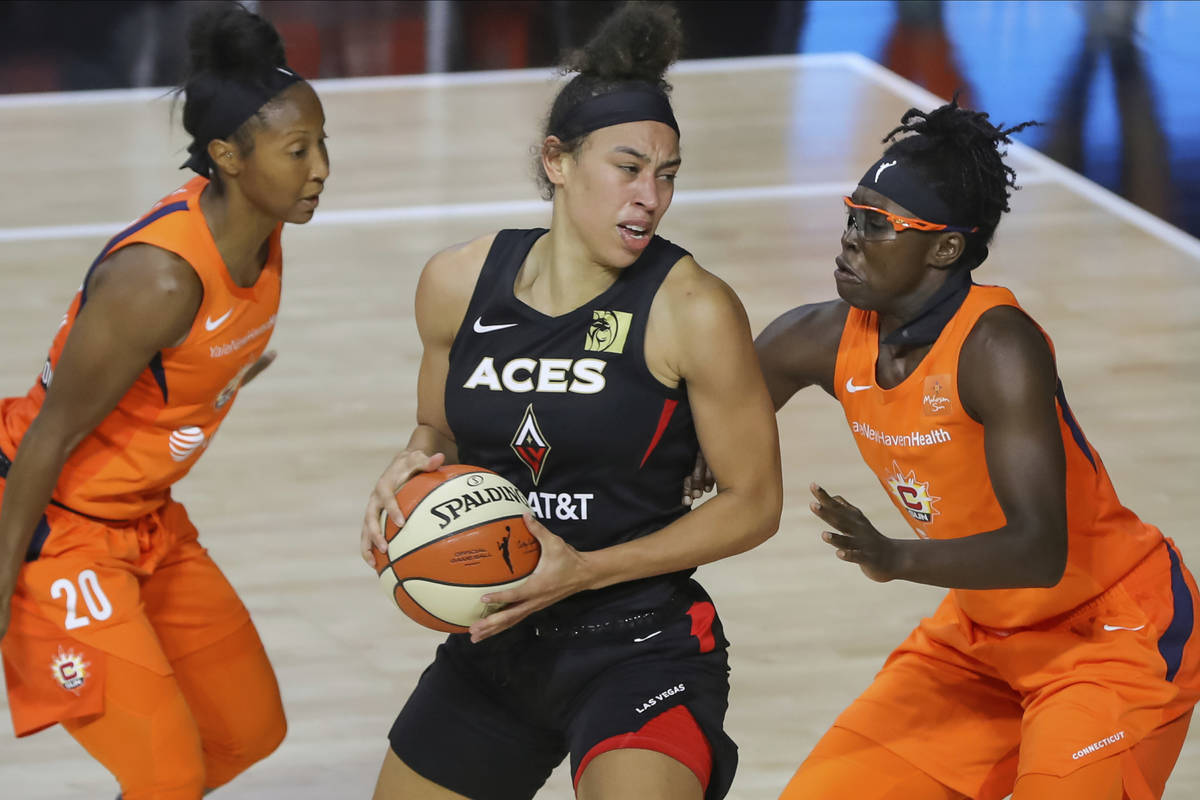 Dearica Hamby was named the Sixth Woman of the Year for the second straight season, and general manager Dan Padover was selected Executive of the Year.

Hamby set career highs in scoring, assists, steals, field-goal percentage and 3-point percentage and had three 20-point games, five 10-rebound games and four double-doubles. She will receive a $5,150 bonus and a trophy designed by Tiffany & Co.

“This award means a lot,” Hamby said. “This bench, we call it the Bench Mob, was a big part of the team’s success. I wish I could share this with them. I take pride in the position I’m in because I came with the team from San Antonio, so I’ve been part of the process and seen where the team has gone and really enjoyed the transition.”

Hamby, who came off the bench in every game, received 44 of 47 votes from a national panel of sports writers and broadcasters. Los Angeles guard Riquna Williams received two votes and Phoenix Mercury guard Bria Hartley one. To be eligible, a player had to come off the bench in more games than she started.

They spoke of needing to get deeper and particularly wanted an attacker on the wing and an energy guard. When they identified free-agent targets, Angel McCoughtry was the top attacking wing and Danielle Robinson the top energy guard.

The Aces got them both, and they were key figures in their run to an 18-4 record and the No. 1 seed in the playoffs.

“I really respect the other 11 of my colleagues, so this means a lot,” Padover said. “And the cool thing is we have people from all different backgrounds. Some general managers are coaches, some are more on the business side and then some are just straight general managers, like myself. To think they showed me that level of respect is very much appreciated.”