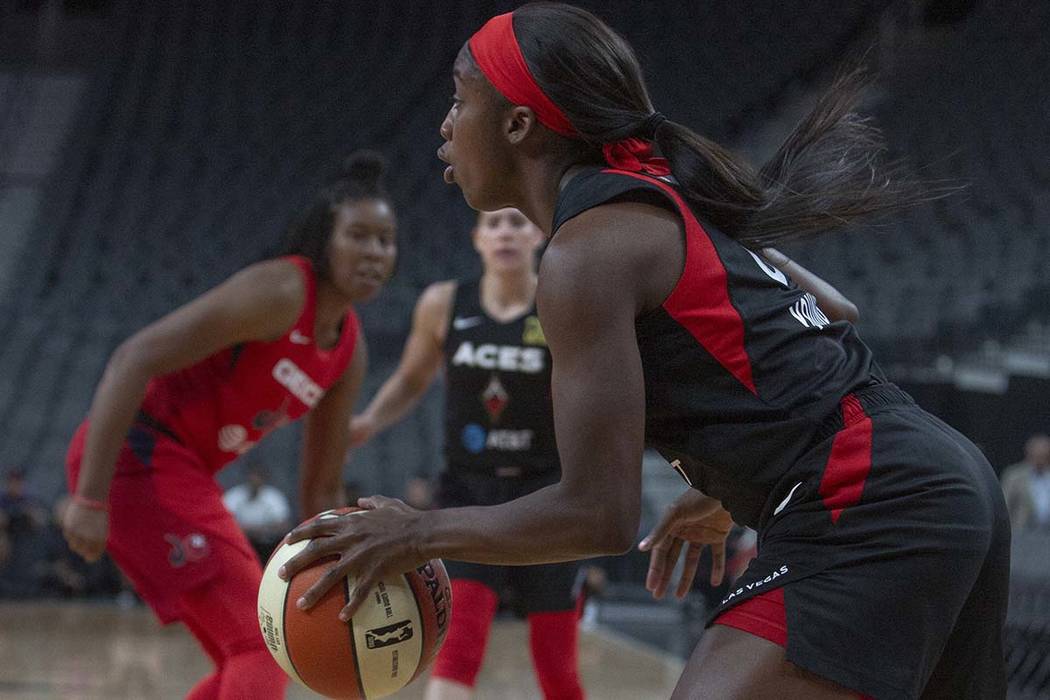 Jackie Young already has donned some of the most iconic jerseys in basketball. McDonald’s All-America, Notre Dame and most recently, an Aces jersey. But there’s one particular jersey she’s longed to wear in competition.

That of USA Basketball.

“(It’s been a goal) probably since I was in high school,” said Young, who last month completed her first WNBA season with Las Vegas. “Now, I’ll get a chance to play.”

“Jackie has yet to wear a USA jersey in a competition, so number one — that’s a feeling she will now experience,” said women’s national team director Carol Callan, who selected Young in September. “And what we find when that happens many times is that players are eager for even more.”

Young attended a USA Basketball under-23 team training camp in 2017 after her freshman season at Notre Dame, but was cut. Still, Callan watched from afar as Young improved, becoming a dynamic, athletic two-way guard for the Fighting Irish and the eventual No. 1 overall pick in the 2019 WNBA Draft.

Young started all 34 games during her rookie season for a WNBA semifinalis team that is rife with All-Star caliber talent.

“She’s somebody we were thinking of for several months,” Callan said. “We look at where she fit physically and also what skills she brings and what she’s done over time. Both at Notre Dame and in Las Vegas, she’s performed very well.”

Young was excited about the opportunity to play for USA Basketball and is hoping its platform helps her improve. There is no coaching in three-on-three — an Olympic sport in 2020 — and she said she wants to continue evolving as a leader and floor general ahead of the 2020 WNBA season.

The style of play seems to suit her skills and the additional space on the court could bring the best out of Young, who thrives as a finisher and passer when attacking the basket.

“Through all of this, we’re trying to develop players that know the game and that can be considered for international competition moving forward,” Callan said. “It’s a win-win for Jackie, all the way around.”