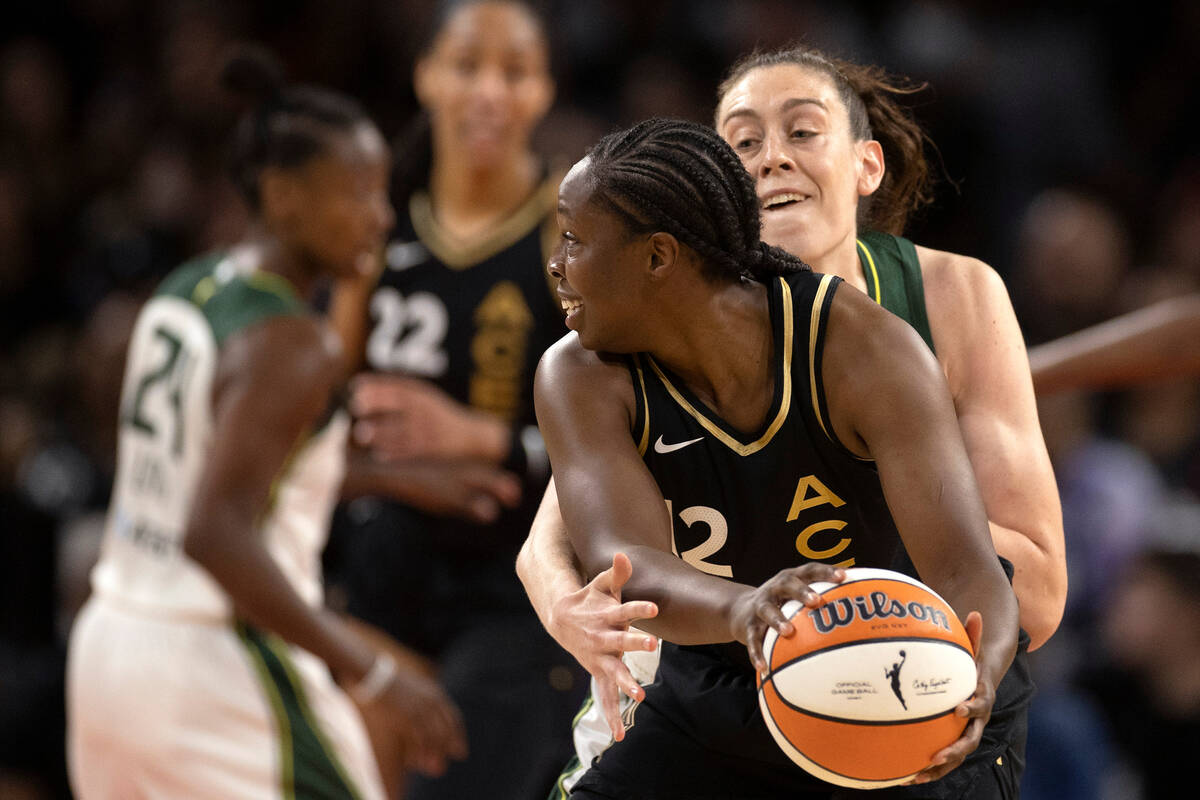 The Seattle Storm already know they have what it takes to win a WNBA title, having done so in 2018 and 2020. The Aces still need to prove they can do it as well.

The No. 4-seeded Storm beat the No. 1 Aces 76-73 in Game 1 of the WNBA semifinals Sunday at Michelob Ultra Arena. In front of an Aces franchise playoff record crowd of 9,944 fans, Seattle’s championship pedigree showed through as it played composed defense, executed when it needed to on offense and stole home-court advantage from the Aces.

Game 2 is at 7 p.m. Wednesday, once again at Michelob Ultra Arena.

“They jumped on us a little bit,” Aces point guard Chelsea Gray said. “We missed some layups, maybe first-game jitters. I don’t know.”

The Aces are in a must-win situation. Going down 2-0 to the Storm would be a catastrophic blow to a team whose stated goal since training camp has been bringing a championship to Las Vegas. Teams ahead 2-0 in a best-of-five playoff series are 15-0 in WNBA history.

Unlike the Storm, the Aces do not have much championship experience. One of the eight original WNBA franchises, the Aces have never won a title. They didn’t do it in Salt Lake City or in San Antonio.

Aces coach Becky Hammon is one of the greatest players in franchise history — the only one whose number hangs in the rafters of Michelob Ultra Arena. This season, she added to her résumé by becoming the 2022 WNBA Coach of the Year in her first season at the helm. But she doesn’t have a championship ring.

Gray is the only person with championship experience on the roster. The eighth-year point guard won the 2016 WNBA title with the Los Angeles Sparks and almost willed the Aces to a comeback victory in Game 1.

She led the team with 21 points and scored eight in the fourth quarter to keep pace with Seattle’s Jewell Loyd — another two-time champion — but didn’t get the ball in the final minute of the game with the Aces trailing by a basket.

MVP front-runner A’ja Wilson had eight points Sunday and only took three shots in the second half. She scored in single digits only twice during the regular season. She’s been held to eight points in two of the three Aces playoff games.

All-Star Kelsey Plum wasn’t afraid to shoot, but went just 8 of 23 from the field. She also committed a turnover and missed the Aces’ final two shots in the final minute. All-Star Jackie Young only took six shots.

The series isn’t finished. The Aces only lost by three points Sunday, despite struggling mightily in the first quarter. Wilson rebounded from her first eight-point playoff game to score 17 points in 27 minutes in the second game of the Aces’ first-round series, albeit against a very depleted Phoenix Mercury squad.

That effort left the Aces with a lot to prove to the Storm but mainly to themselves.

“We’ll see in this next game how we respond,” Gray said.