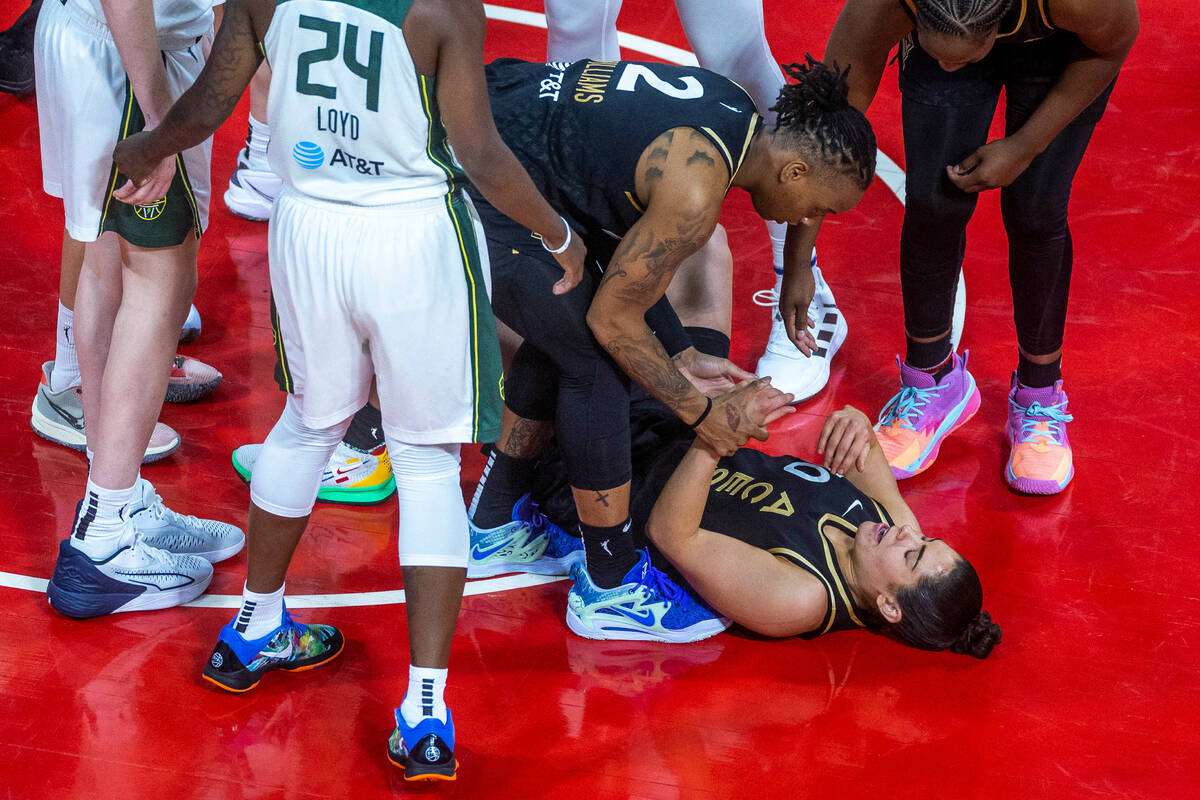 Las Vegas Aces guard Kelsey Plum (10) is checked on by teammate guard Riquna Williams (2) after a hard foul from the Seattle Storm during the first half of their WNBA semifinals game 2 at the Michelob ULTRA Arena on Wednesday, Aug. 31, 2022, in Las. Vegas. (L.E. Baskow/Las Vegas Review-Journal) @Left_Eye_Images 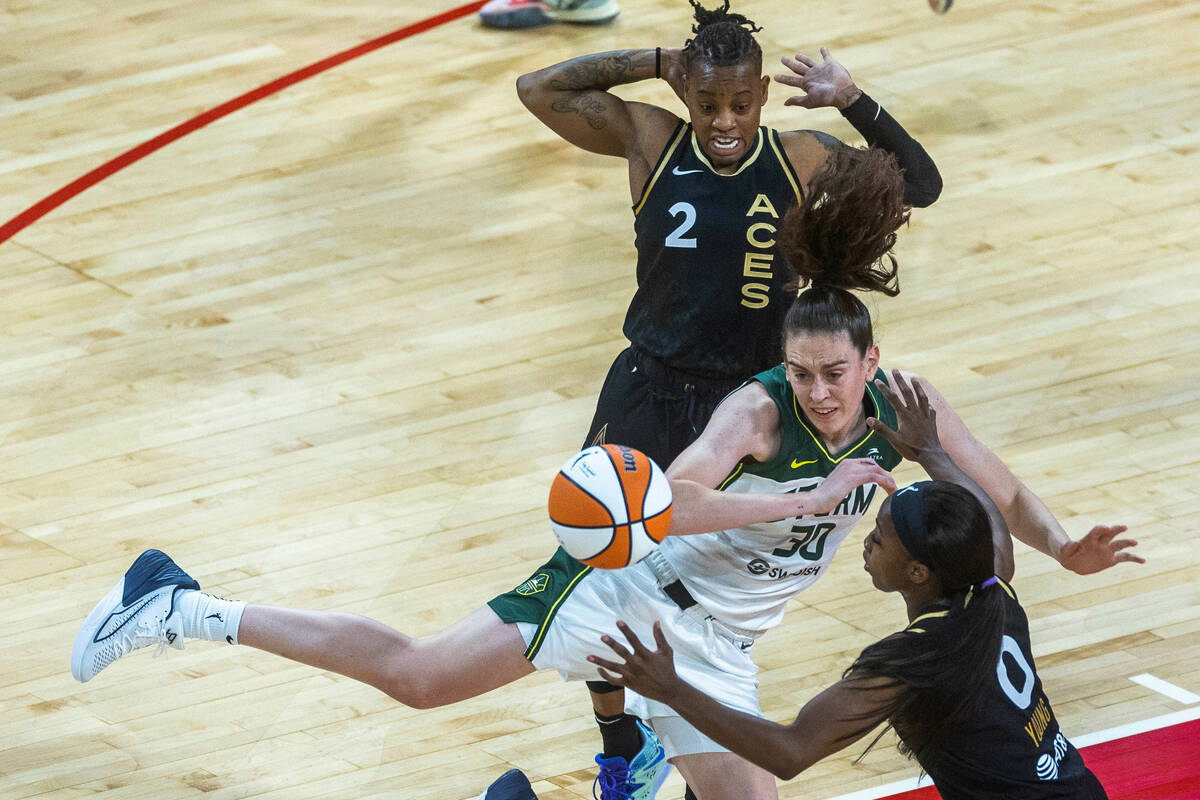 Jackie Young’s buzzer-beating layup may have been the shot which sent the Aces to overtime. However, without the clutch performance of reserve guard Riquna Williams, the top-seeded Aces may have entered Game 4 facing elimination.

Williams scored 14 crucial points for the Aces during Sunday’s 110-98 Game 3 overtime win against the No. 4 Seattle Storm. She played sturdy defense and had five rebounds and three assists to help her team take a 2-1 lead in the best-of-five WNBA semifinal.

The Aces are just one win away from a trip to the WNBA Finals. Game 4 is scheduled for 7 p.m. Tuesday at Climate Pledge Arena in Seattle.

While her offense was important for the Aces late, it took Williams some time to find her rhythm Sunday. She was held scoreless in the first half.

Williams turned things around in the third quarter. She hit two 3s and scored six points in the quarter, leading all Aces scorers.

The 10th-year guard said she tried to focus on her defense when her shot wasn’t falling. She also credited her teammates for her success Sunday. They joked with her at halftime and encouraged her to continue shooting when she was open.

“They asked if I was doing pushups before the game or something,” Williams said, “because every shot was so strong and long.”

She was just getting started. Williams scored eight points in the fourth quarter, going 3 of 4 from the floor. Her most important shot came with just 11 seconds remaining and the Aces trailing by four points.

A timeout advanced the ball past halfcourt, and as the Aces began their play, guard Kelsey Plum screened to free up Wilson. Instead of rolling to the rim, the MVP front-runner set a pick for Williams.

The play took advantage of the Storm’s switching defense, and after Williams flew around the Wilson screen, the veteran guard found herself in acres of space on the right wing. She launched a clean look for 3 and nailed it to shave the deficit to just one point.

Williams had a difficult season this year. She missed most of training camp while rehabbing a foot injury, then suffered a left foot sprain just two games after returning, which held her out for almost six weeks. Williams said the injury tested her mentally because it stole some of the attributes she’s always used to define her game like quickness and foot-speed.

“The season is so quick,” she said, “and having such a long, nagging injury has been tough.”

Despite the injuries and the struggles of returning to full fitness, Williams showed up to hit the big shots when the Aces needed her most.

The Aces were eliminated last season by the Phoenix Mercury in the Western Conference finals.