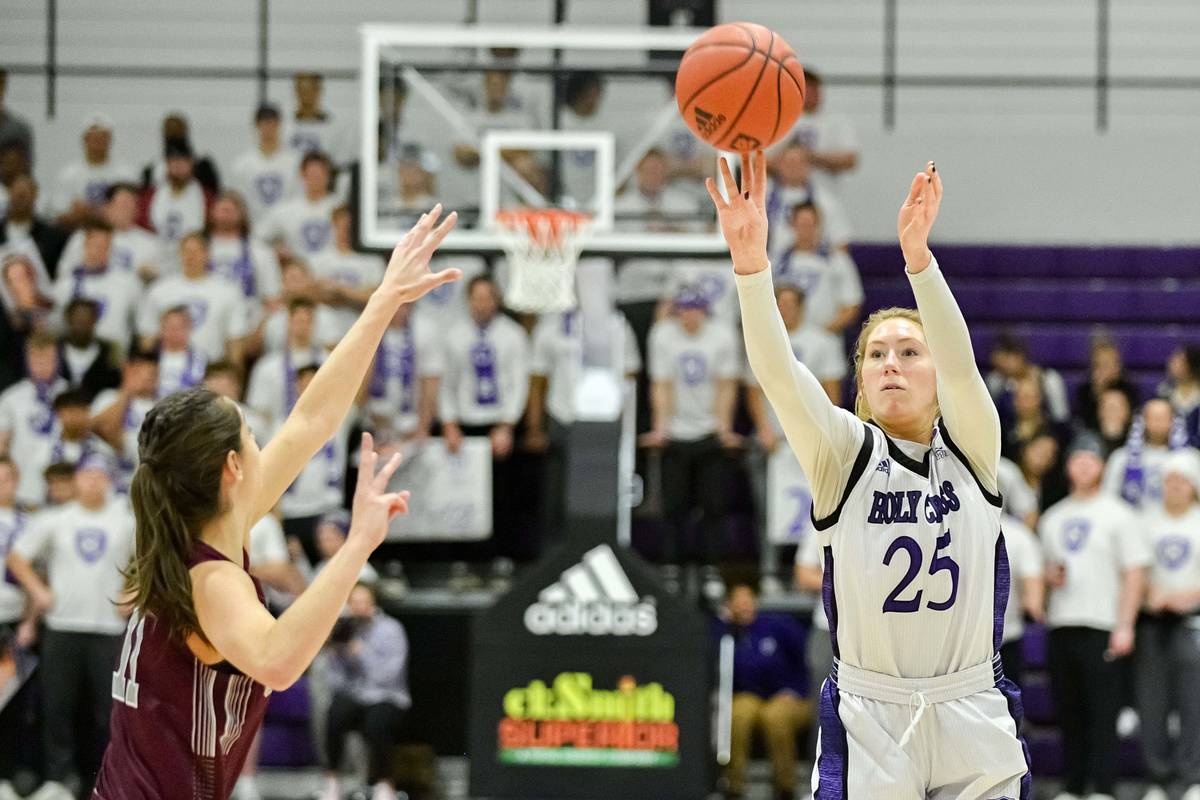 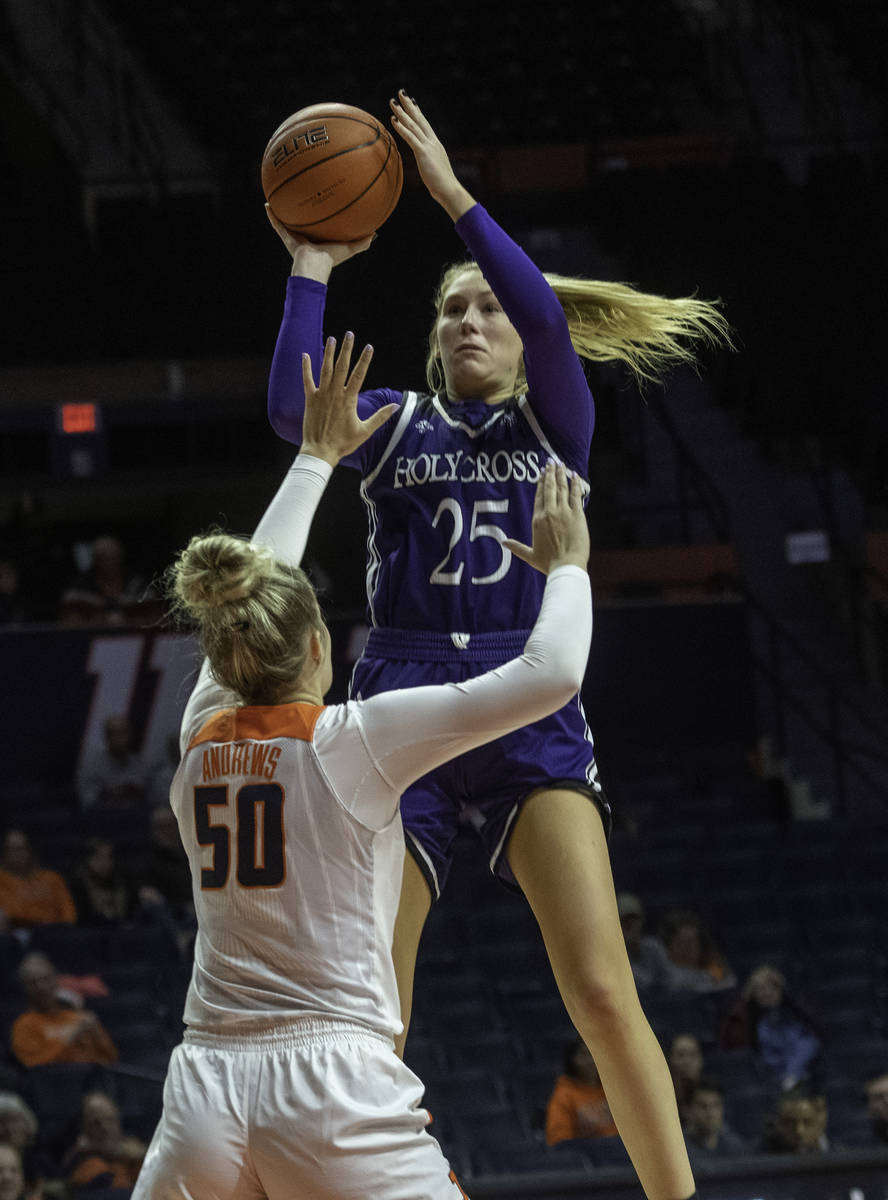 Maybe Lauren Manis would have played for the Aces last season. Maybe she would have emerged from the depths of the third round of the 2020 WNBA draft and earned one of the franchise’s 12 precious roster spots had the coronavirus pandemic not intervened.

“Looking back, honestly, I do think I would have been ready last year,” she said.

But not as ready as she is now.

Manis is finally in the Aces’ training camp, more than a year after she was drafted with pick No. 33 overall. The Holy Cross alumna could not attend training camp in Florida last season because of the restrictions in response to the COVID-19 pandemic, but she played professionally for eight months abroad and is making a favorable impression this year.

“She’s better than I thought she was going to be — by far,” Las Vegas coach Bill Laimbeer said.

Lofty praise from the five-time champion.

Laimbeer admittedly didn’t put much stock into Manis last season and said Monday that general manager Dan Padover was responsible for scouting and drafted the 6-foot-1-inch wing. Third-round picks rarely make WNBA rosters as rookies, and, well, even the most accomplished player in Holy Cross history was a long shot in Laimbeer’s mind.

That said, Manis was still supposed to have an opportunity to play her way onto the team. But truncations to WNBA training camps forced her to sign in September with Kangoeroes Basket Mechelen in Belgium, where she learned about the rigors of professional basketball.

Manis said her experience overseas “really teaches you how to be mentally tough and take care of yourself,” and noted that her greatest growths were mental.

“The hardest thing for me was just being so far from home, especially during the pandemic,” she said. “It was eight months away from home for me, where I didn’t see my family. … But that also prepared me for this.”

Manis averaged 13.2 points and 9.1 rebounds per game in her first professional campaign to build on a senior season in which she averaged 18.6 points and 11.5 rebounds and made 46.3 percent of her 3-pointers at Holy Cross. She’s an accurate 3-point shooter with an improving perimeter skill set.

One that warranted an invitation to the Aces’ training camp this spring.

Having already played professionally, Manis isn’t the typical WNBA training camp debutante. She has impressed Laimbeer with her play but also with her steeled, competitive demeanor. 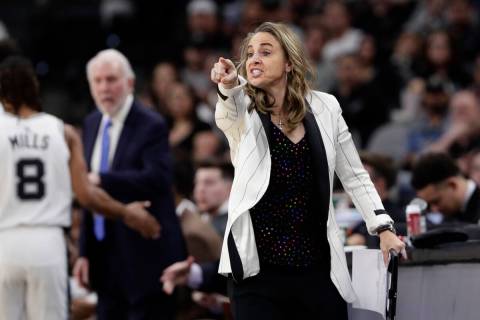 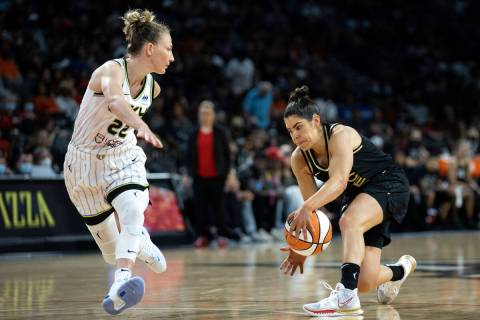 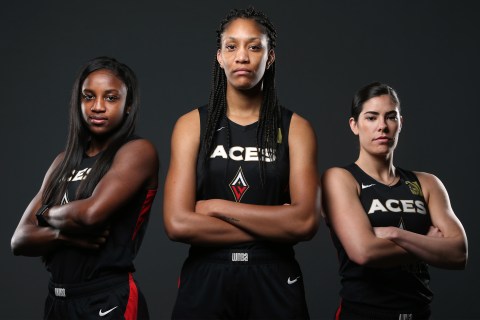 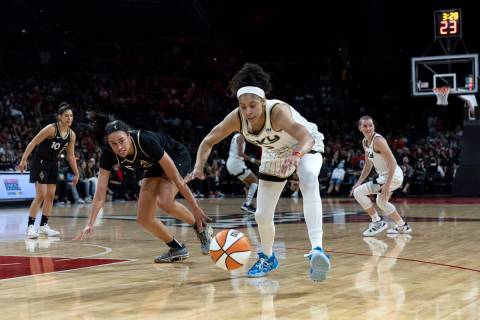