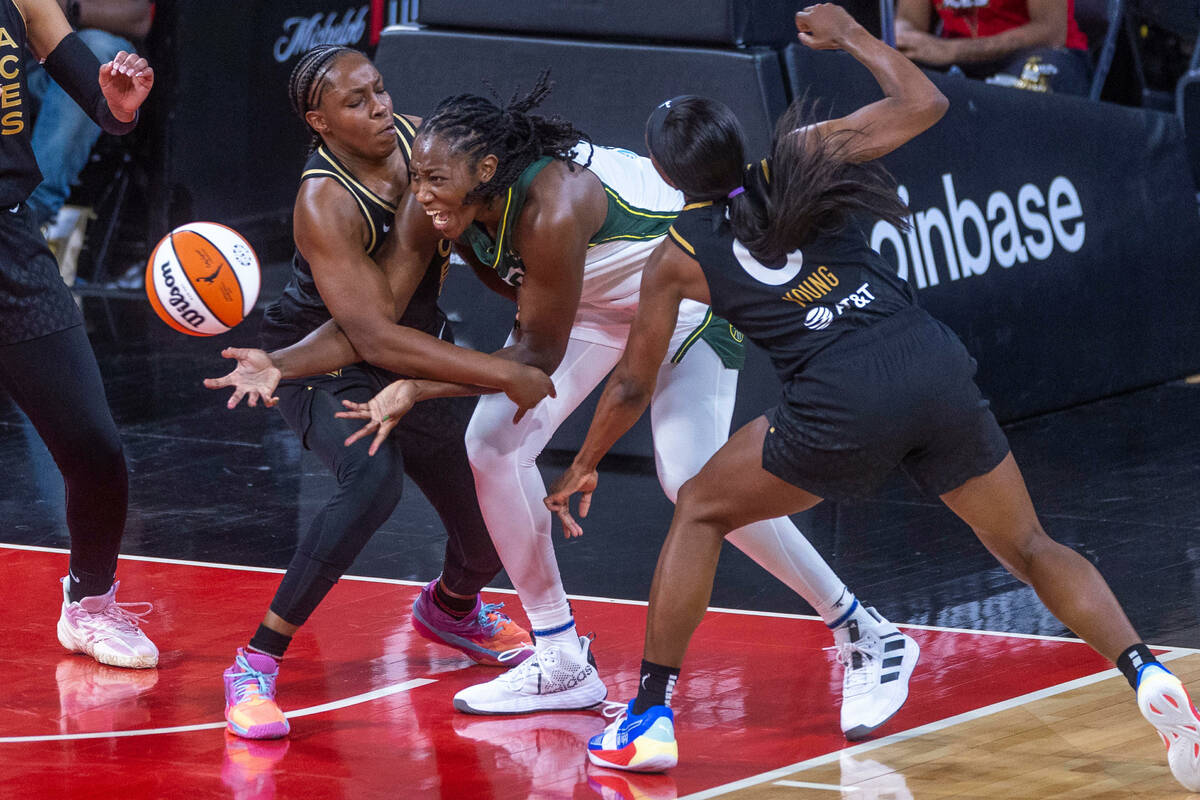 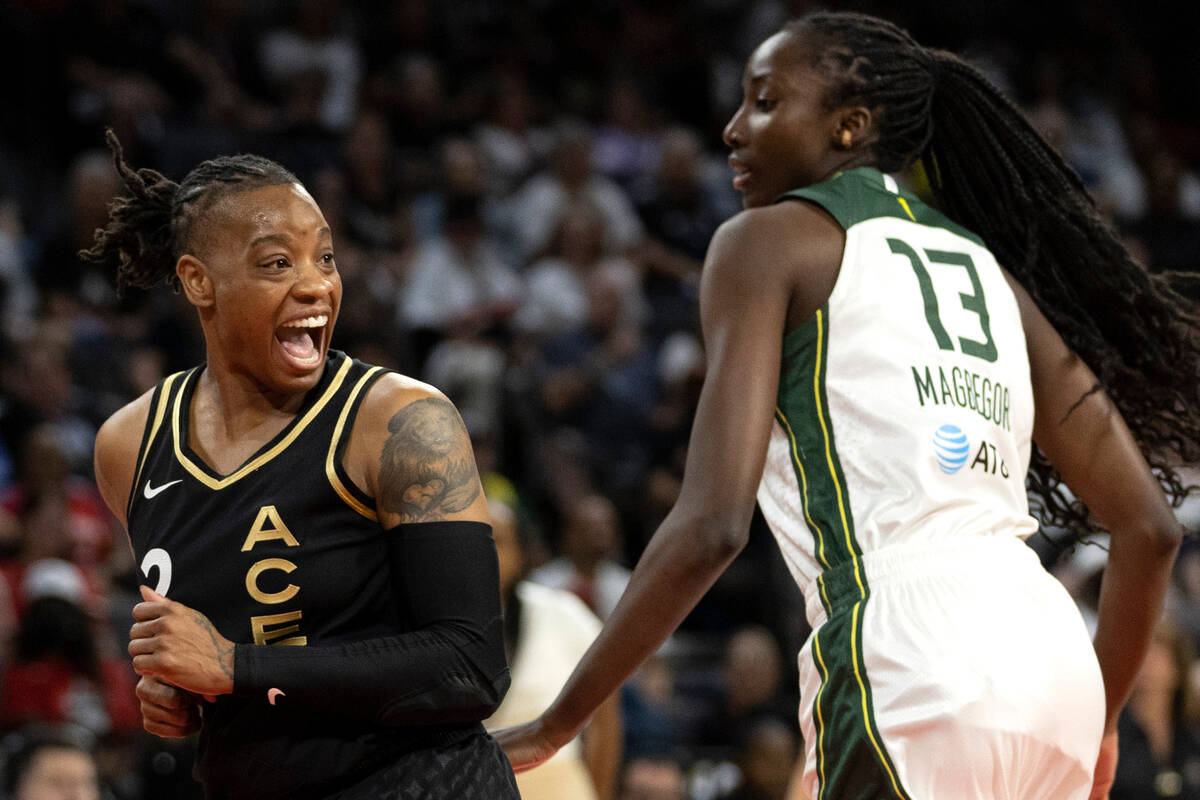 If Aces coach Becky Hammon had to pinpoint one stretch which helped her team secure a crucial Game 2 win against the Seattle Storm on Wednesday, it came late in the third quarter.

In an attempt to free up space for All-Star and recently crowned Defensive Player of the Year A’ja Wilson, the Aces went small. “We put Chelsea Gray in the post, and her activity really changed the momentum of the game,” Hammon said.

The No. 1-seeded Aces’ 78-73 win against the No. 4 Storm on Wednesday night tied the best-of-five WNBA semifinals at 1-1. The series now heads to the Pacific Northwest, with Game 3 scheduled for noon Sunday at Climate Pledge Arena in Seattle.

“It gives us a little more space,” said Wilson, who scored a playoff career-high 33 points Wednesday.

Gray and Williams are particularly important to the Aces’ ability to play this three-guard lineup. During Wednesday’s third quarter, Gray routinely found herself matched up against 6-foot-4-inch center Tina Charles, the 2021 WNBA scoring champion.

Standing 5-11, Gray was resolute in the post. She finished the quarter with one steal, one block, three defensive rebounds and forced two jump balls, while using her quick hands to disrupt Charles and fellow Storm center Ezi Magbegor in the low post.

“In the small lineup,” Gray said, “we’re significantly undersized, so we’re just getting it done in a different way.”

The three-guard look has one glaring weakness. It leaves the Aces vulnerable to offensive rebounding. Gray said the guards have to help box out to make the rotation work. Williams shouldered that responsibility in Game 2.

Despite being listed at just 5-7, Williams has 14 defensive rebounds through four playoff games. She had eight rebounds in Game 2, second on the team after Wilson.

After battling a foot injury during the first half of the season and missing most of training camp, Williams returned in late June. However, she had to regain her conditioning, learn a new system and adapt to a new role coming off the bench.

Fully healthy and confident again, Williams maintained her place when Hammon shortened her rotation to essentially six players in Game 2, largely because they can depend on the veteran sharpshooter’s intensity and grit even when her shots aren’t falling.

“We need somebody to be that dog,” Williams said, “to do the little things, do the dirty work. It’ll always be me. Let A’ja, Chelsea and KP do what they need to do. I’ll take the toughest challenge.”