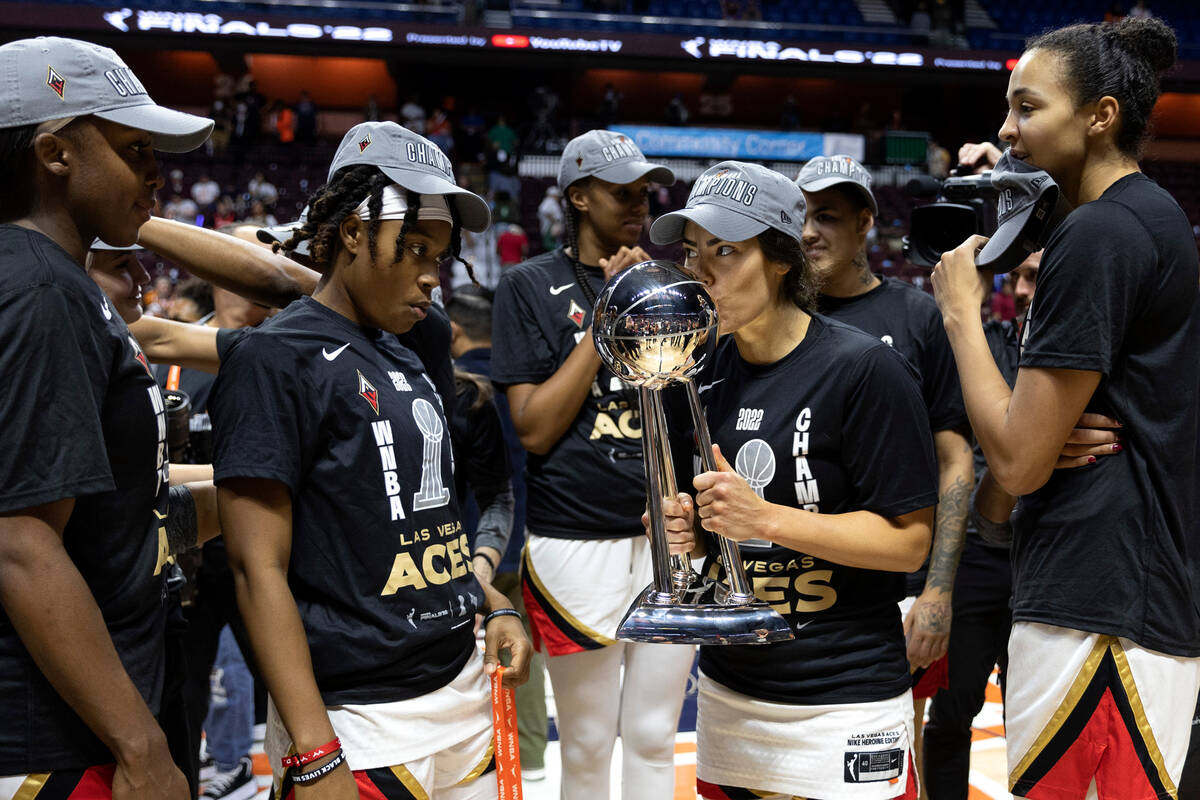 The Aces will begin defense of their WNBA title May 20 at Seattle, according to the season schedule announced by the league Wednesday.

The Aces will then play May 25 at Los Angeles before opening their 20-game home schedule at Michelob Ultra Arena on May 27 against Los Angeles.

The Aces won their first title last season, beating the Connecticut Sun 3-1 in the WNBA Finals.

Season ticket memberships are available for as low as $10 per game and can be purchased at LasVegasAces.com.

May 20, noon: at Seattle Storm