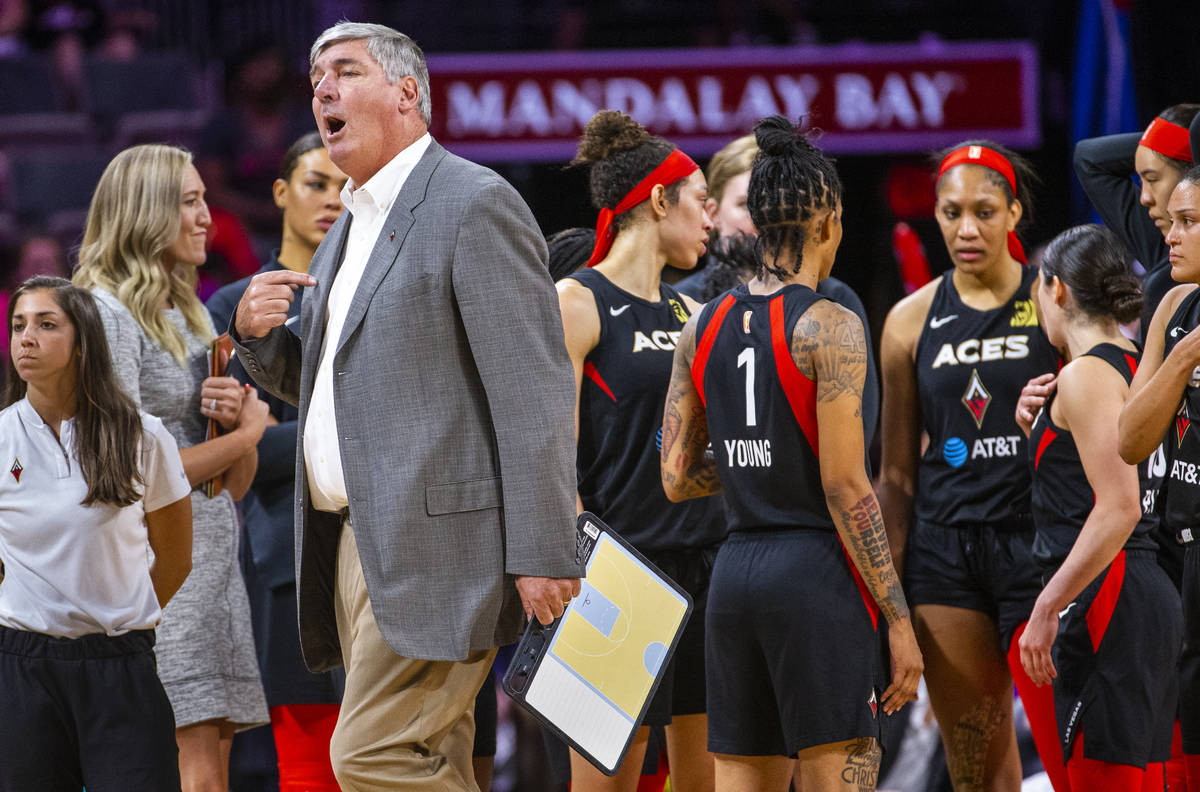 Las Vegas Aces head coach Bill Laimbeer tells officials his team should have the ball versus the Indiana Fever late during the fourth quarter of their WNBA basketball game at the Mandalay Bay Events Center on Saturday, June 29, 2019, in Las Vegas. (L.E. Baskow/Las Vegas Review-Journal) @Left_Eye_Images 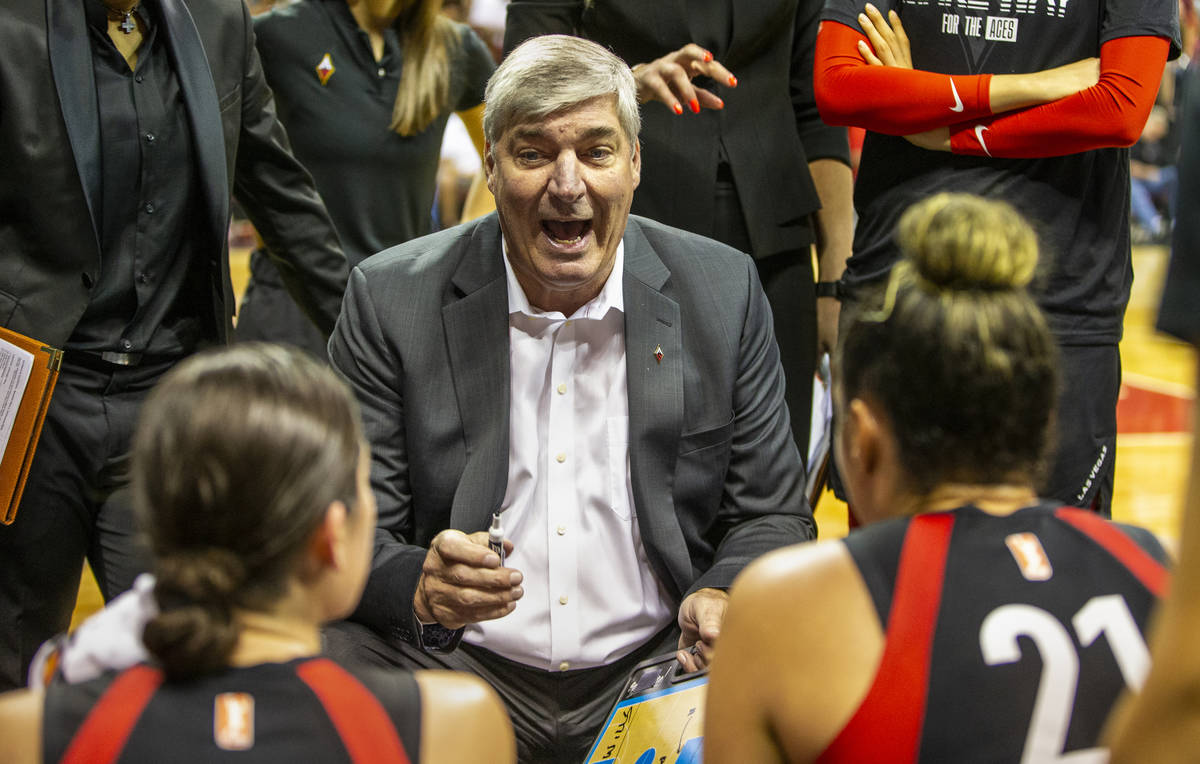 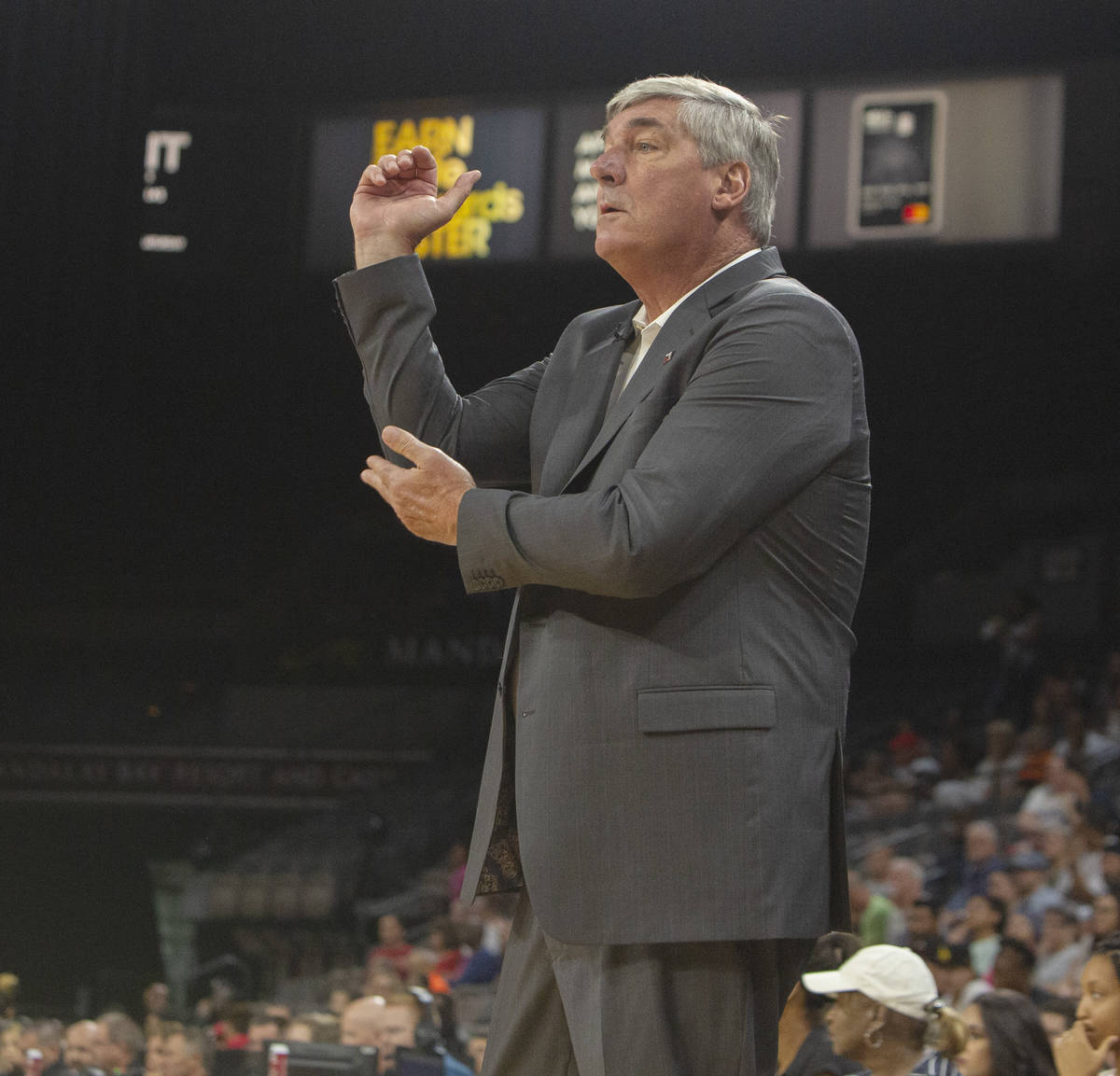 The last time Las Vegas and Chicago shared a basketball court, the game produced an improbable finish that lifted the Aces into last year’s WNBA semifinals.

Dearica Hamby’s 3-point heave from just inside the midcourt line with less than five seconds left was the difference in a 93-92 Las Vegas victory.

On Monday, the Aces learned they will open their 2020 season against the Sky at noon (PDT) on July 26 in Bradenton, Florida.

“It’s on ABC television, which is great,” Aces coach Bill Laimbeer said. “You’re on big-boy TV, and it’s good for the players and good for the franchise. That’s positive, and it’ll be a tough test right out of the gate. Chicago’s pretty stacked. They’re working hard, and they think they’re going to be a force to be reckoned with. I agree with that, and I think we will be, too.”

The opener begins a regular-season sprint of 22 games in 49 days that includes two games against each team.

The season will begin July 25, when No. 1 overall draft pick Sabrina Ionescu makes her debut for New York against 2018 champion Seattle. Also, Los Angeles will meet Phoenix, and Indiana will take on defending champion Washington.

Las Vegas has been hampered by injuries throughout the early portion of training camp, and that trend continued Monday when forward A’ja Wilson suffered a sprained ankle and guard Jackie Young pulled an abdominal muscle.

That leaves the Aces with six players available to practice, but Laimbeer said he expects to have the entire team available when the season begins.

“I don’t think anything is going to linger into the regular season,” he said. “I think we probably have a (one-day) story for one, a three-day story for another and maybe a six-day story for another. It eats into training camp, and it’s frustrating as a coach, but there’s nothing you can do about it right now.”

Including the opener, the Aces have six nationally televised games on the ESPN family of networks and seven on CBS Sports Network. Television for the Aug. 5 and Aug. 15 games against Washington, which eliminated the Aces in last year’s semifinals, the Aug. 18 game against Chicago and the final six games of the season has yet to be determined.