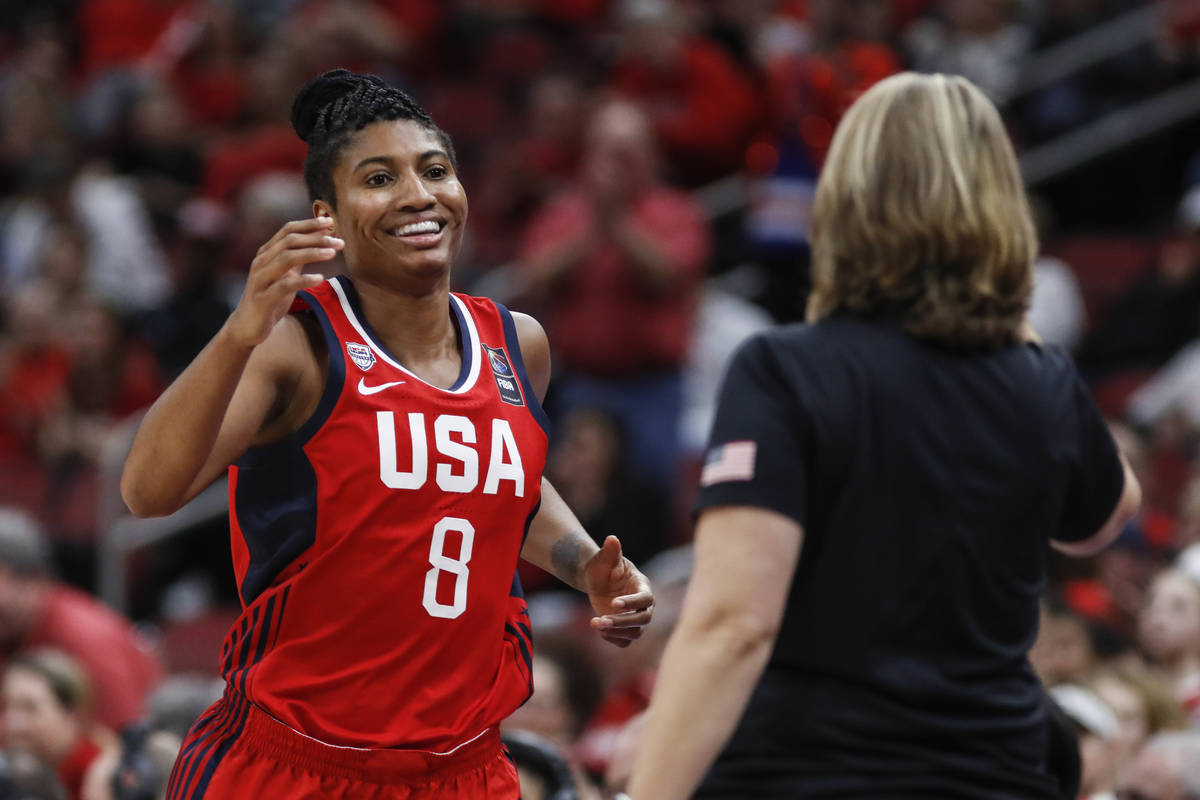 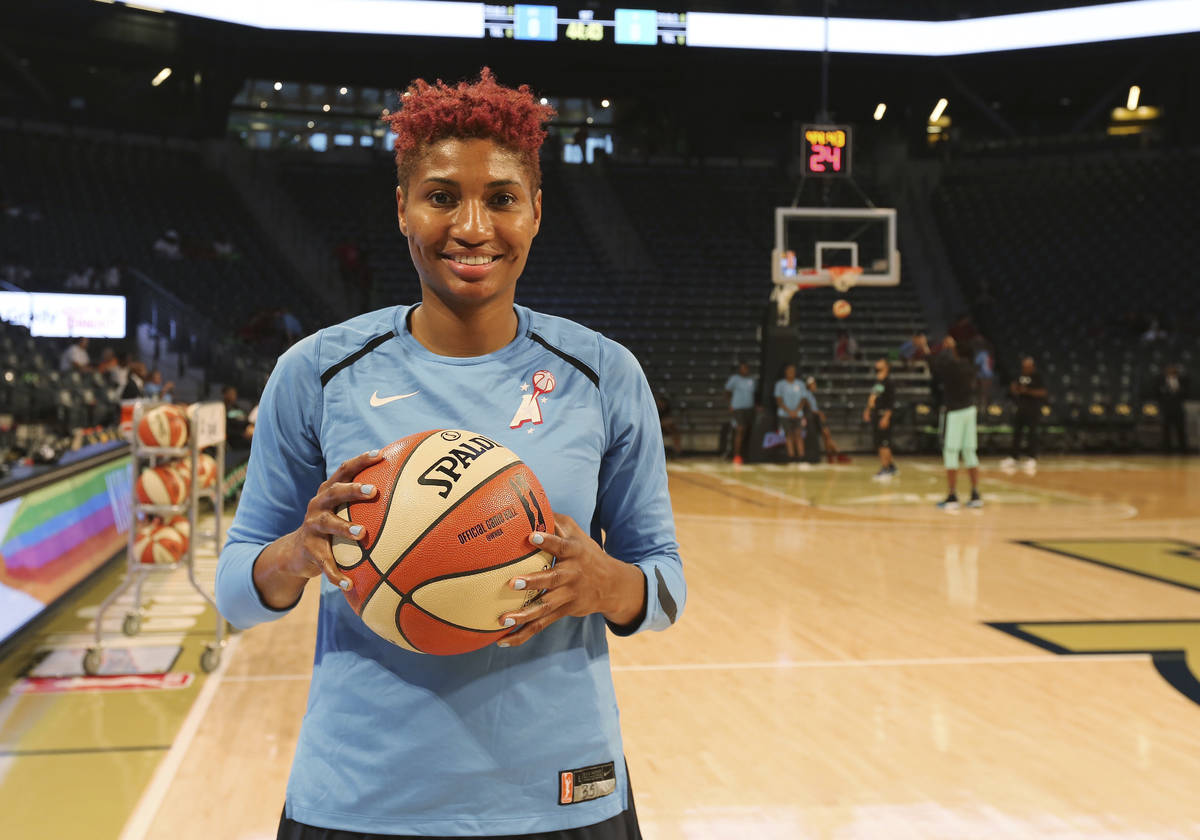 In this Thursday, July 19, 2018 photo, Atlanta Dream's Angel McCoughtry poses before a WNBA basketball game against the New York Liberty in Atlanta. McCoughtry says she is in a better place. And with her back in the Atlanta lineup after taking a year off from the WNBA, so are the Dream. (AP Photo/Brinley Hineman)

Angel McCoughtry knows Sunday is going to be emotional.

Because of injury, it will be her first meaningful WNBA action in two years and her first game with the Las Vegas Aces after 10 seasons with the Atlanta Dream, which drafted her with the No. 1 overall pick in 2009.

But more important to McCoughtry will be the name on the back of hers and all the players’ jerseys when the Aces face Chicago at noon at IMG Academy in Bradenton, Florida. That name is Breonna Taylor, an EMT who was killed by police officers in Louisville as she slept in her home March 13.

The three officers involved have yet to be charged with any crimes stemming from the incident.

It was McCoughtry’s idea to have the names of those who have been affected by police brutality and racial violence on the players’ jerseys, and she is pleased the WNBA settled on Taylor’s.

“It blew up bigger than I expected,” McCoughtry said. “We all got on a call with Breonna Taylor’s mom, the whole WNBA on Zoom and it was just loving. Great things have come about from this. This is not the last idea these amazing women have in the league that we’re going to pursue, but it’s a great start.”

The WNBA has committed to using this season to promote social justice initiatives.

“We are dedicating this season to Breonna Taylor, an outstanding EMT who was murdered over 130 days ago in her home,” Clarendon said. “Breonna Taylor was dedicated to lifting everyone around her. We are also dedicating this season to #SayHerName Campaign, a campaign committed to saying the names and fighting for justice for black women. … We will say her name. We will be a voice for the voiceless.”

Stewart followed by announcing the players would observe a moment of silence for 26 seconds for Taylor, signifying her age when she was killed. Public address announcer Matt Pittman broke the silence by saying, “All season long, we say her name.”

The players from both teams left the floor before the national anthem in all three of Saturday’s games and wore black T-shirts that displayed the words Black Lives Matter on the front and say their names on the back.

Forward A’ja Wilson is the Aces’ representative on the Social Justice Council. She recently penned an article for the Players Tribune called Dear Black Girls detailing her experiences dealing with racism growing up in South Carolina.

She said while life in the bubble hasn’t been easy, seeing the first game Saturday and the support the players have received from the league have made the trip to Florida worth it.

“We need to think about the families that have lost their children, they’re moms to police brutality, and they’re going through 10 times more than I am. So I have to put in perspective why I’m here, and that’s to use my voice and my platform for the families that don’t have the opportunity to do that.”

McCoughtry, who played college basketball at Louisville, said she has been doing media interviews there recently to advocate for justice for Taylor. One of her classmates at Louisville was Daniel Cameron, now Kentucky’s attorney general, and she said she knows him well.

McCoughtry hasn’t reached out to him directly, but she has been sending him messages on Twitter and Instagram, and that “he saw it.”