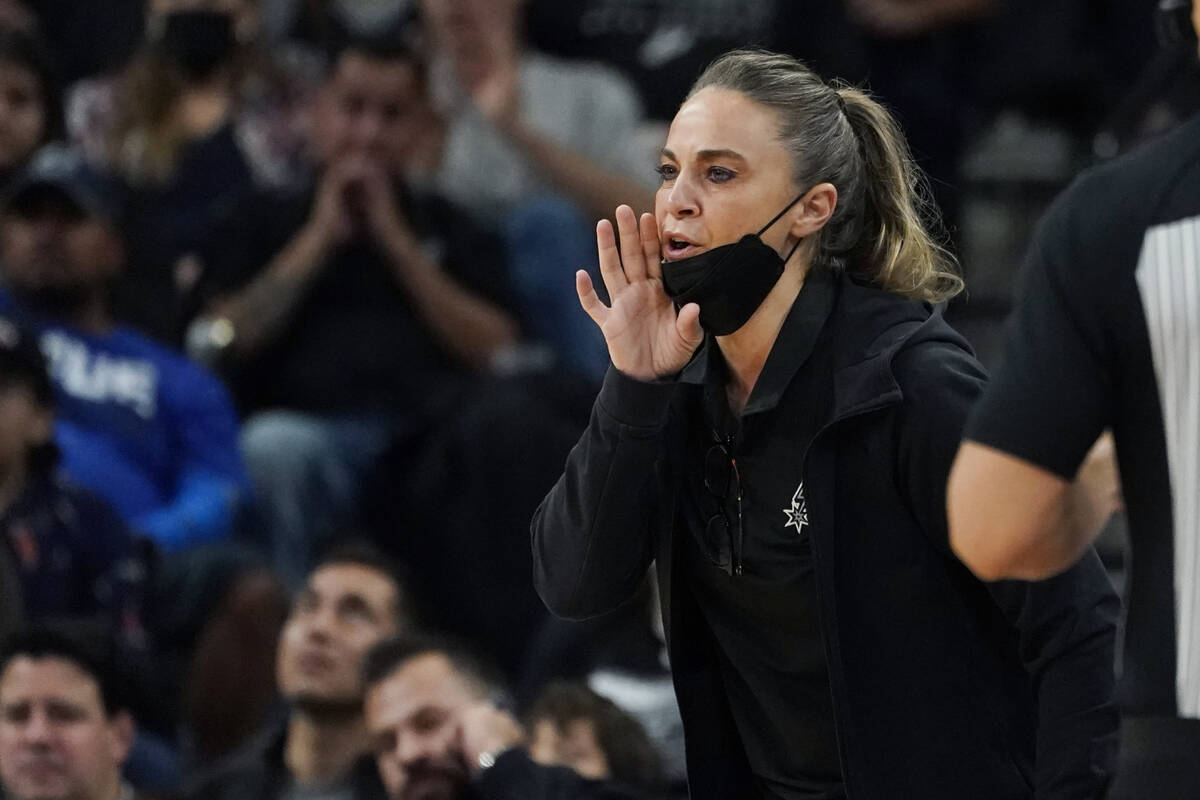 The Becky Hammon era has officially begun in Las Vegas.

Less than 24 hours after the San Antonio Spurs were eliminated from the NBA’s play-in tournament, Hammon landed in Nevada to oversee preparations for her first training camp at the helm of the Aces. Her departure was announced by Spurs coach Gregg Popovich during his pregame press conference Wednesday.

“She’s been wonderful,” Popovich told reporters. “Just got used to her doing what she does. She is so gifted and so passionate and the guys respect her so much, so it’s a loss to not have her around. Just to bounce things off of her, hear her ideas, to experience her competitiveness. There are so many things I could say about her. I just wish her well and I just wish she was here.”

The Aces begin training camp on Monday, before playing their first game of the season May 6 against the Phoenix Mercury in Arizona.