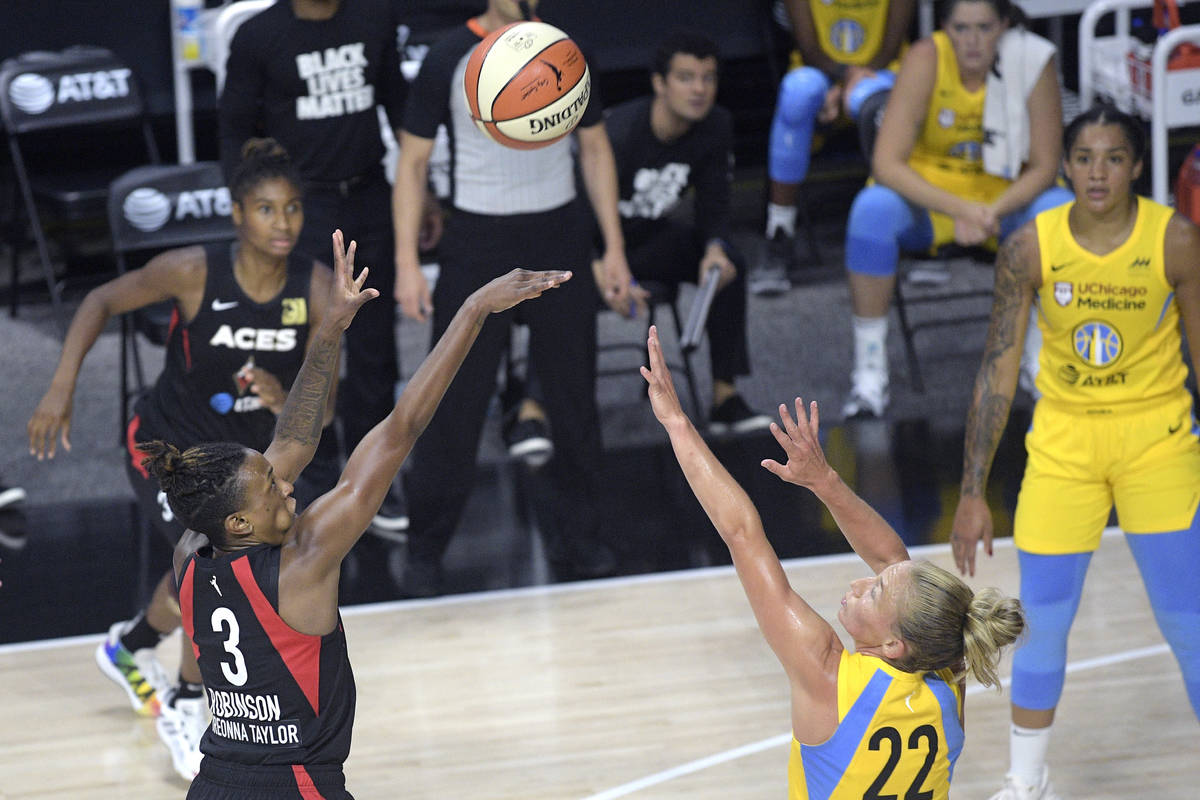 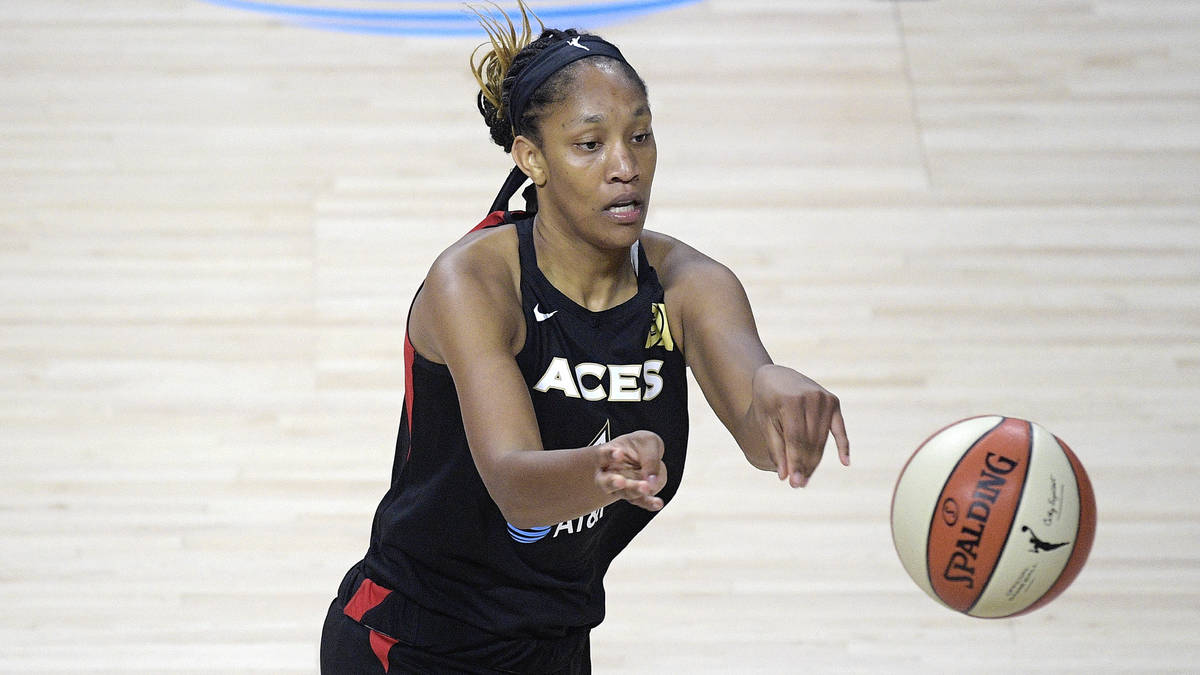 Aces coach Bill Laimbeer wasn’t in the best of moods a few days before his team opened the WNBA season.

He had just watched the Aces score six points in the first quarter of a scrimmage and was wondering where points were going to come from, especially if forward A’ja Wilson’s ankle injury lingered into the regular season.

But after two games, Wilson has played and excelled and the Aces’ offense has fallen into place.

Take away the final five minutes in the season opener against Chicago, during which they missed their last 11 shots in an 88-86 loss, and the Aces have looked like a team that has played together for years.

Wilson is averaging 21.5 points and 11 rebounds on 51.6 percent shooting. Newcomer Angel McCoughtry scored 25 in her Aces debut and added 12 points in 15 minutes in Las Vegas’ 100-70 win over Atlanta on Wednesday, when five players scored in double figures.

The Aces went 6-for-9 from 3-point range against the Dream, with Dearica Hamby, who scored 20 points against Atlanta and is averaging 17, and Kayla McBride hitting two apiece.

“The Chicago game taught us a lot,” McCoughtry said. “We played so well, but we didn’t win because we didn’t hit any 3s and they hit (nine) and they win. You’ve got to hit at least one or two per game, and I don’t think that’s hard to do.”

The 3-point shot never will be the Aces’ emphasis, not with Wilson and McCoughtry relentlessly attacking the basket, Hamby scoring on hustle plays and others such as Danielle Robinson and Jackie Young creating transition opportunities in the open floor.

“I love being in this system,” Robinson said. “We get the rebound, and we’re out of there, all five players. I’ve enjoyed running with this team. I really enjoy that part, and that’s at huge part of our identity.”

Robinson is part of what Laimbeer calls his energy team alongside Hamby, last year’s WNBA Sixth Woman of the Year, and Young.

Laimbeer has been able to bring that kind of firepower off the bench because of his insertion of point guard Lindsay Allen into the starting lineup.

Allen has responded with seven assists against Chicago and found her shot for 11 points against Atlanta.

Nobody knows if the Aces can continue to average 93 points and shoot nearly 50 percent from the floor while leading the league in pace. But at least for now, watching what his team is doing offensively has Laimbeer in a much better mood.