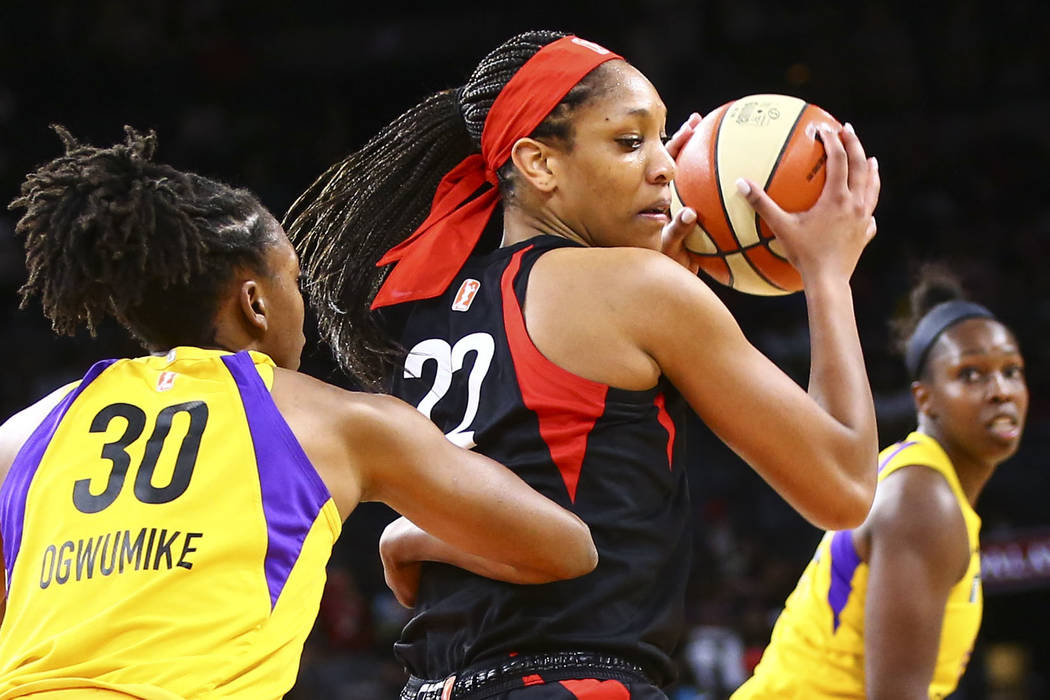 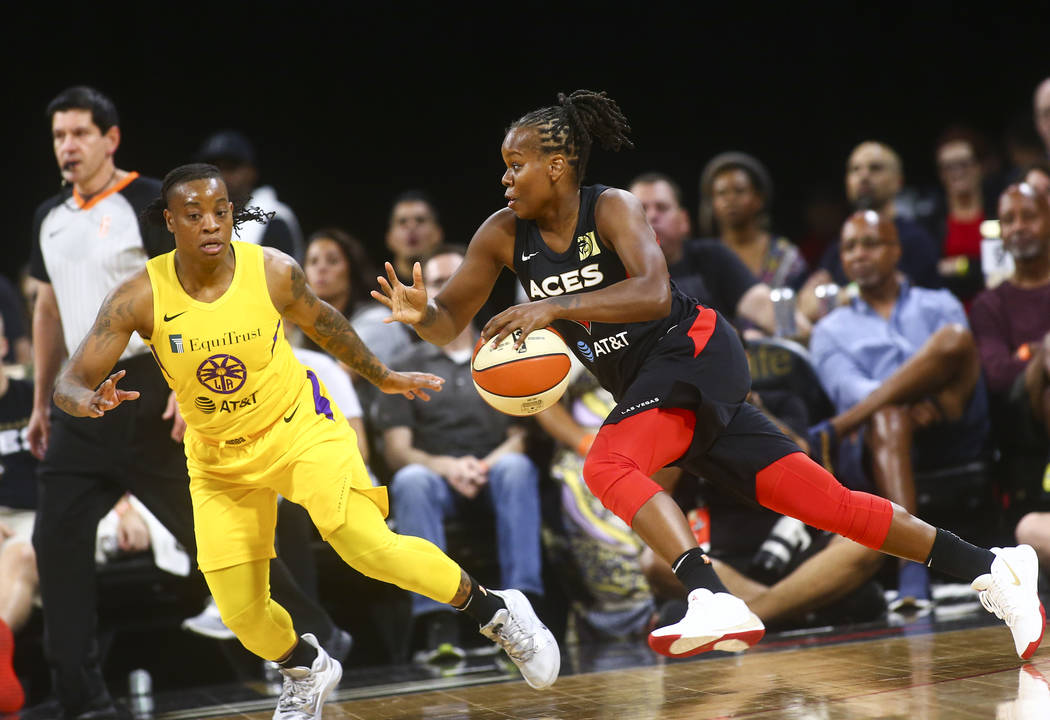 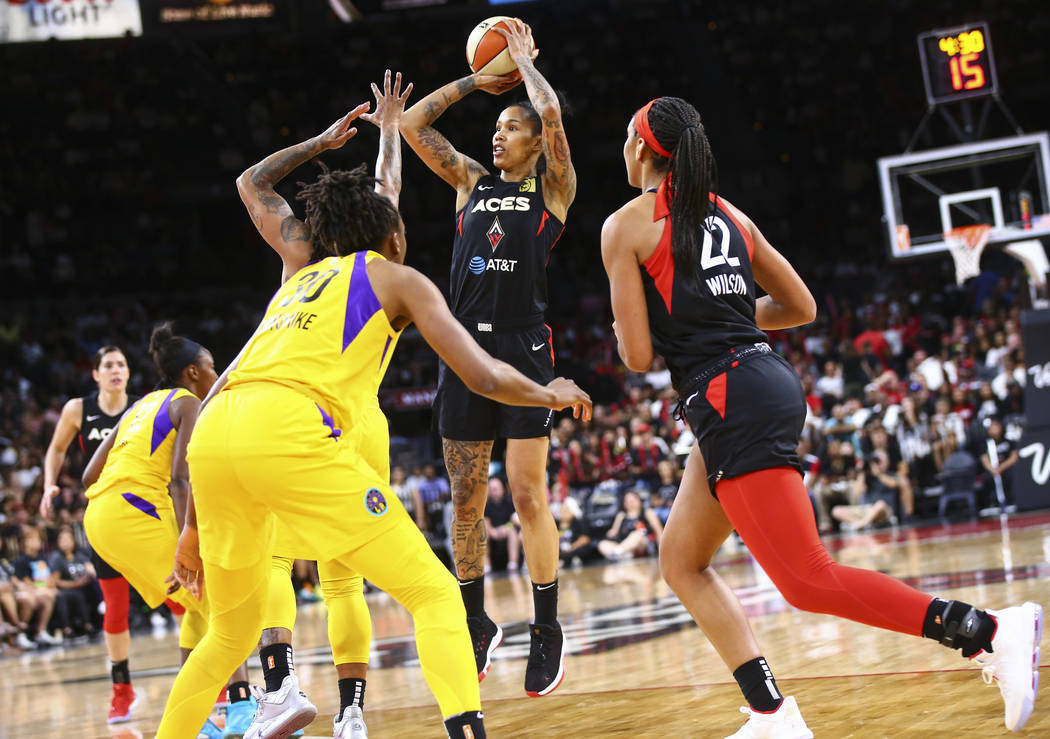 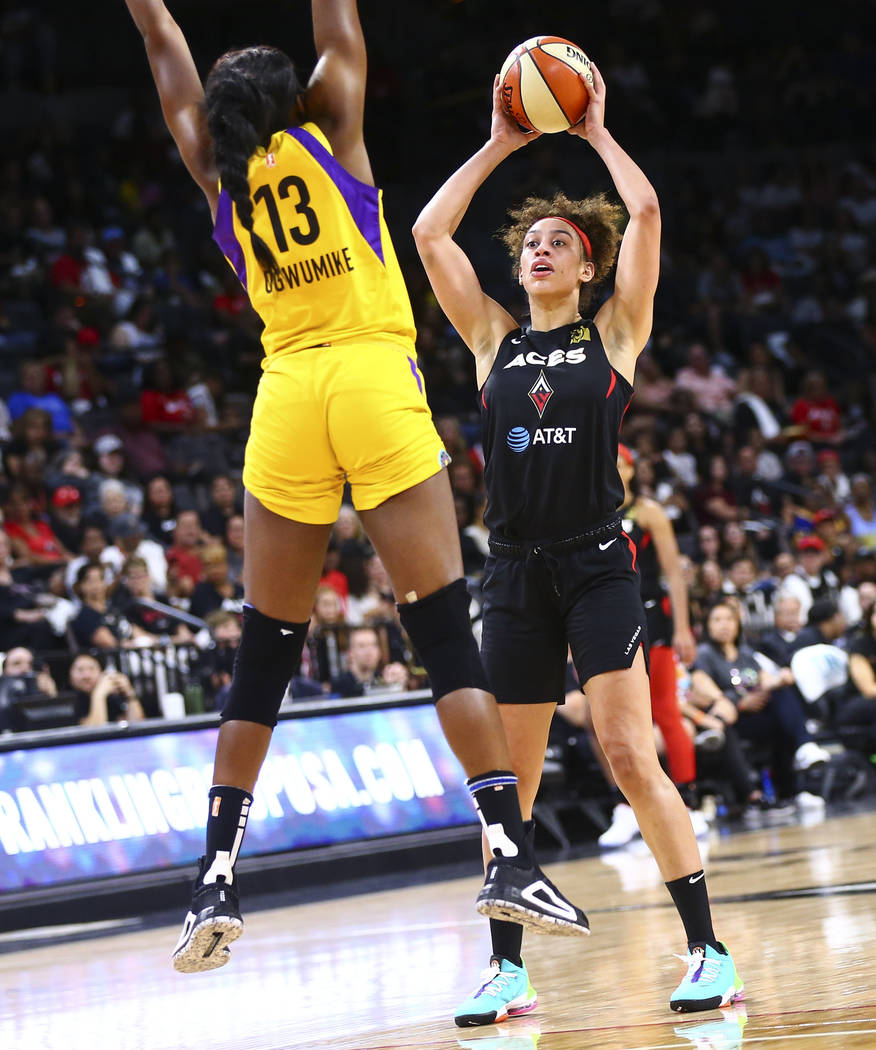 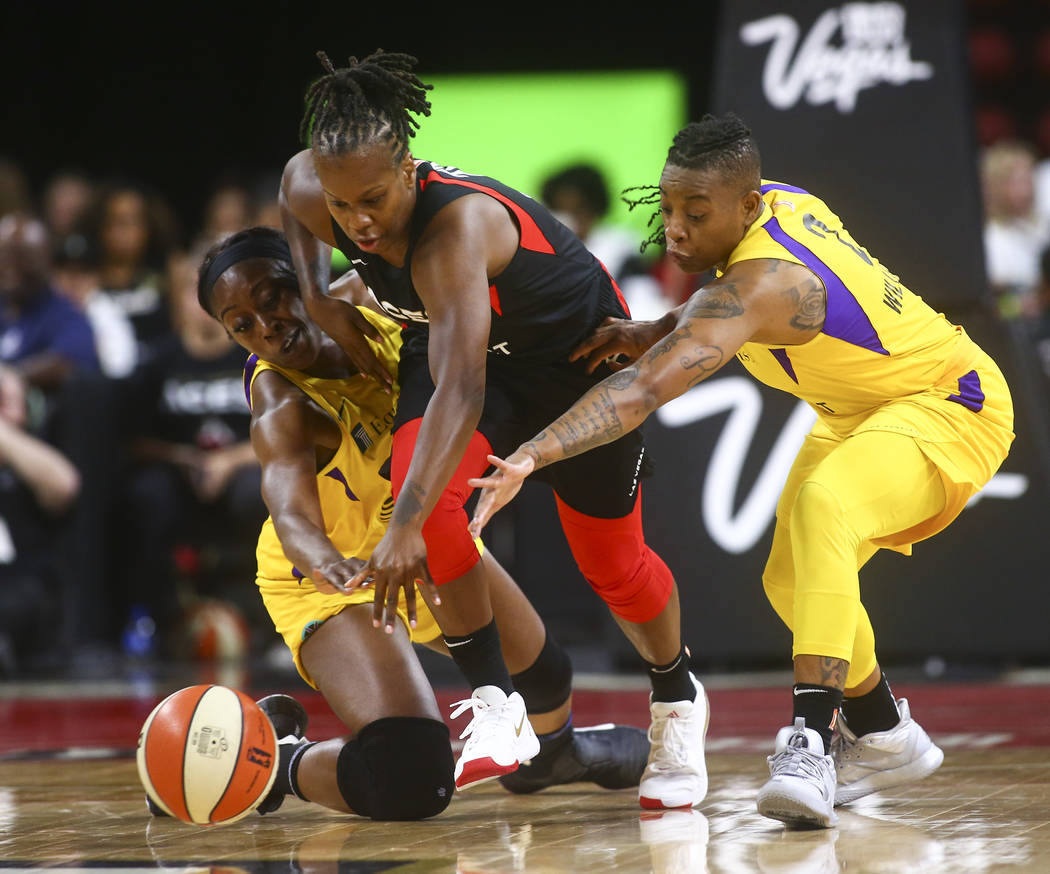 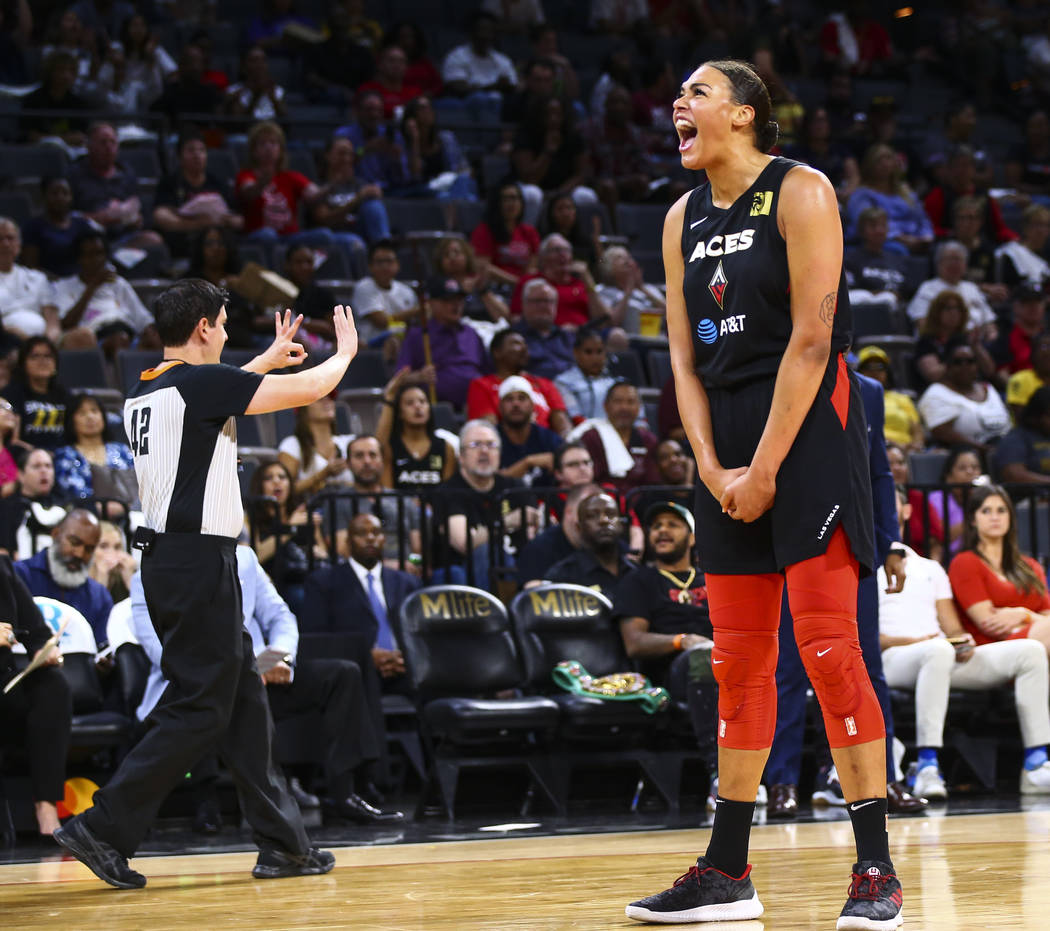 Las Vegas Aces' center Liz Cambage (8) reacts after a foul was called on her during the first half of a WNBA basketball game against the Los Angeles Sparks at the Mandalay Bay Events Center in Las Vegas on Saturday, Aug. 31, 2019. (Chase Stevens/Las Vegas Review-Journal) @csstevensphoto

And her team’s tailspin is finally over.

Plum scored 17 of her 20 points in the fourth quarter to key a critical comeback victory — and end a demoralizing three-game losing streak — before an announced crowd of 8,470.

The Aces (20-12) pulled ahead of Los Angeles (19-12) and seized the No. 3 seed in the WNBA playoffs standings with two regular-season games to play. But the Sparks still hold the tiebreaker should both teams win out — thanks to a better record against winning teams.

The third and fourth seeds both earn byes through the first round and into the second round of the playoffs, which begin Sept. 11.

“I’m really trying to not be too high or too low, you know? There’s been a lot of low points for me this year. Personally, professionally,” said Plum, whose had multiple scoreless games this season and is shooting 34.6 percent from the field. “You fail a lot in this league. Everyone is so good. … I think for me (it’s about) continuing to stay aggressive.”

The Aces during their losing streak streak played their way out of a top-two seed and a corresponding double bye into the semifinal. And they trailed for the better part of three quarters on Saturday night against a talented Sparks (19-12) also with plenty to play for.

But Plum awoke in the fourth quarter by using ball screens to attack the Sparks’ defense and get to her preferred spots on the floor — again and again and again. Las Vegas also fastened its top ranked defense, holding Los Angeles to 38.9 percent shooting in the final period.

“My ears were ringing at one point,” Las Vegas forward A’ja Wilson said after logging 24 points and 12 rebounds. “We were down. Some crowds could have got quiet. But they still stayed with us.”

Williams scored a game-high 37 points for the Sparks, who lost All-Star forward Nneka Ogwumike to an illness in the second half. Los Angeles’ Candace Parker added 14 points.

The Aces conclude the season with road games against the Atlanta Dream and Phoenix Mercury.

“I think we’re growing as an internal basketball team right now in leaps and bounds,” Aces coach Bill Laimbeer said. “How it all works out in the long run? That’s what we have to play the games for.”