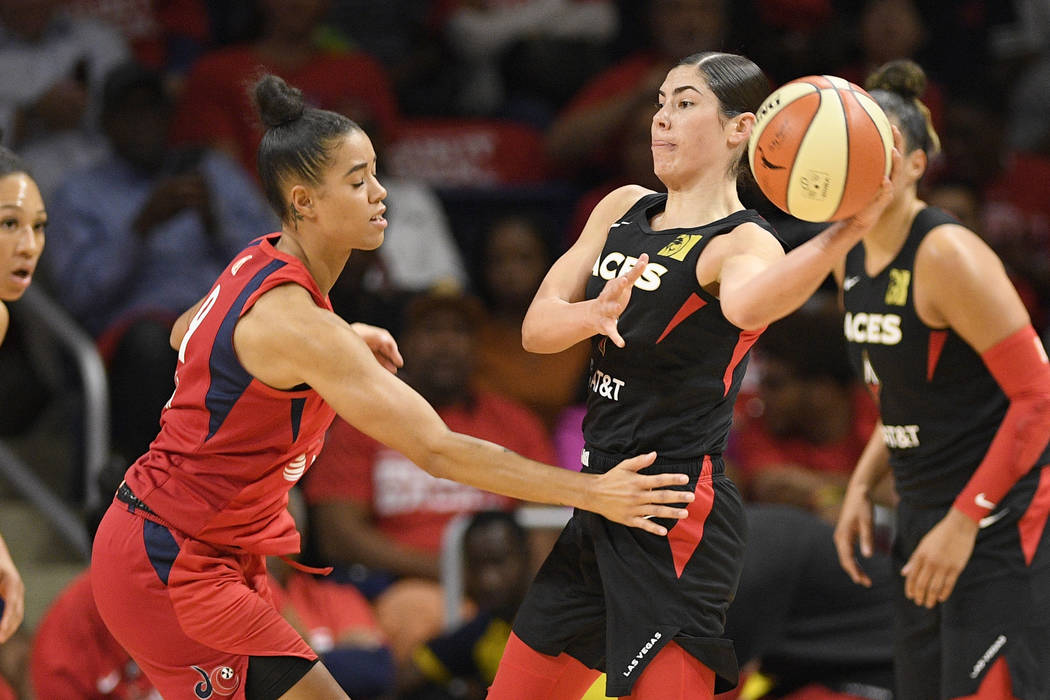 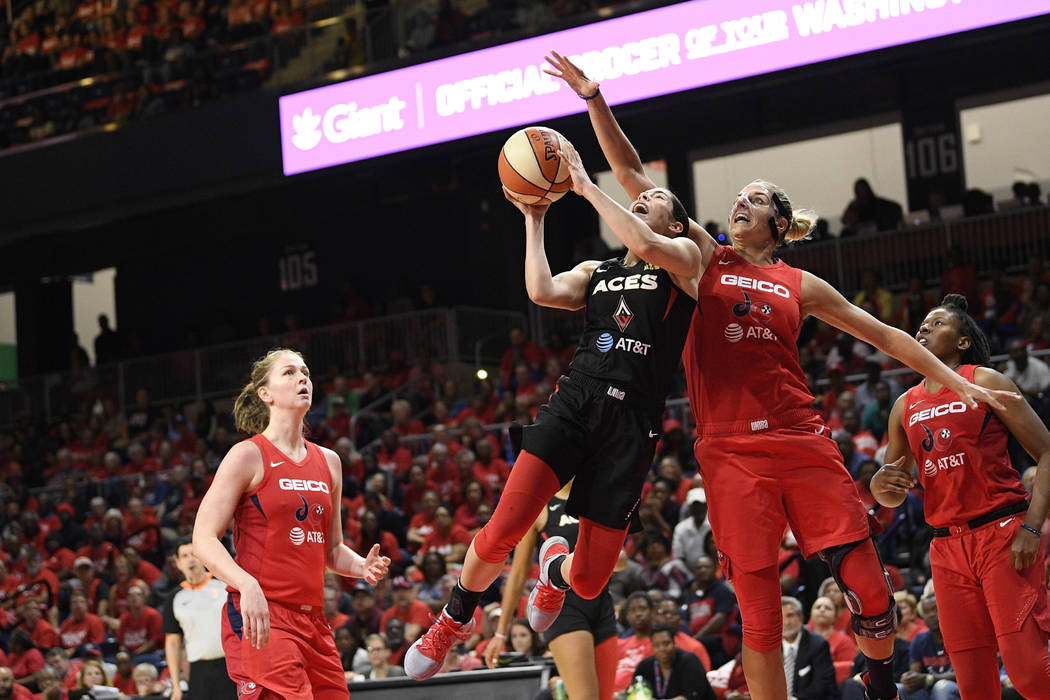 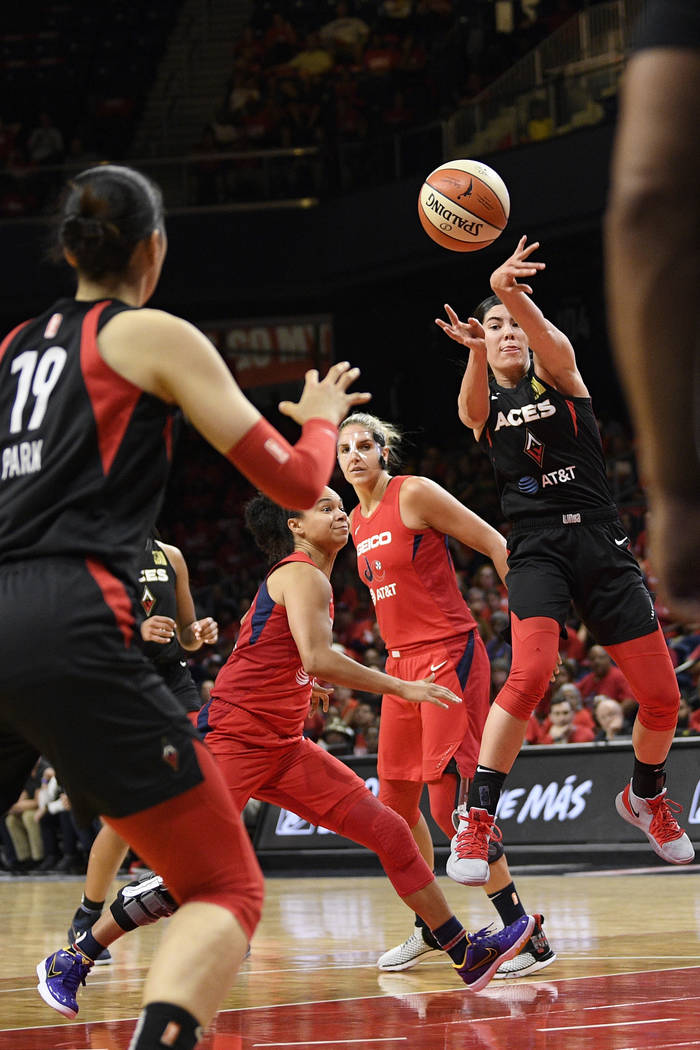 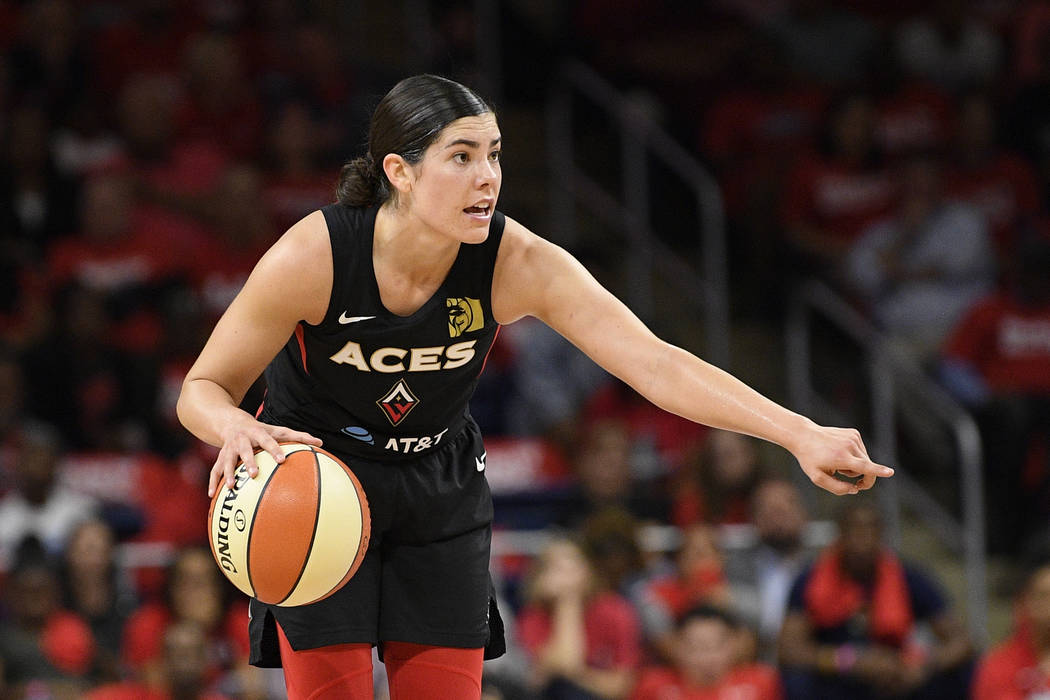 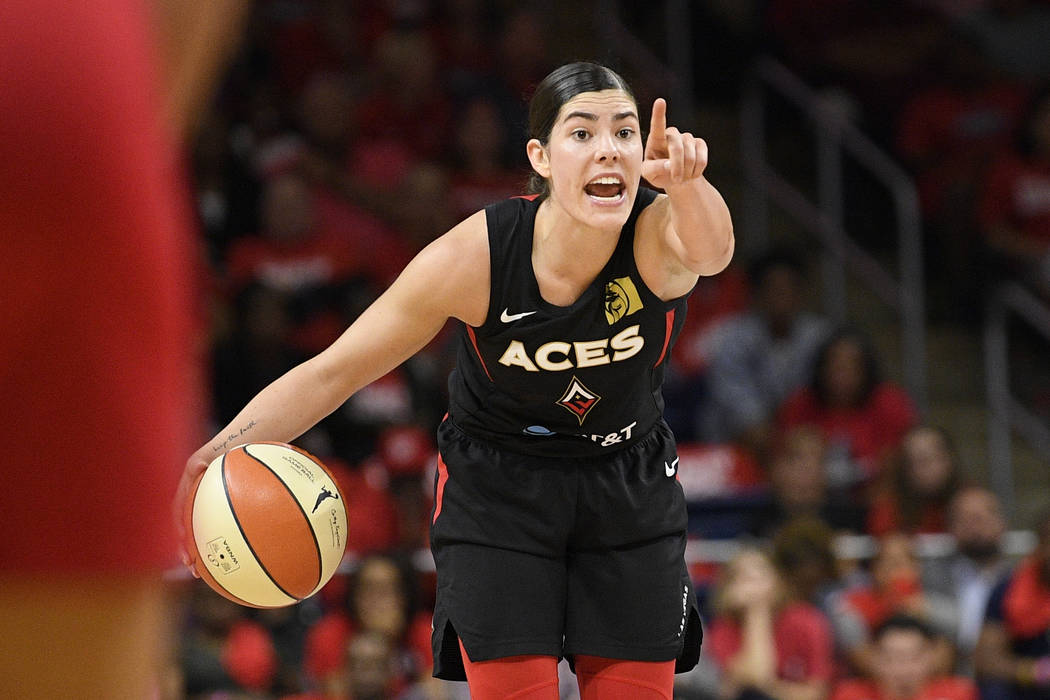 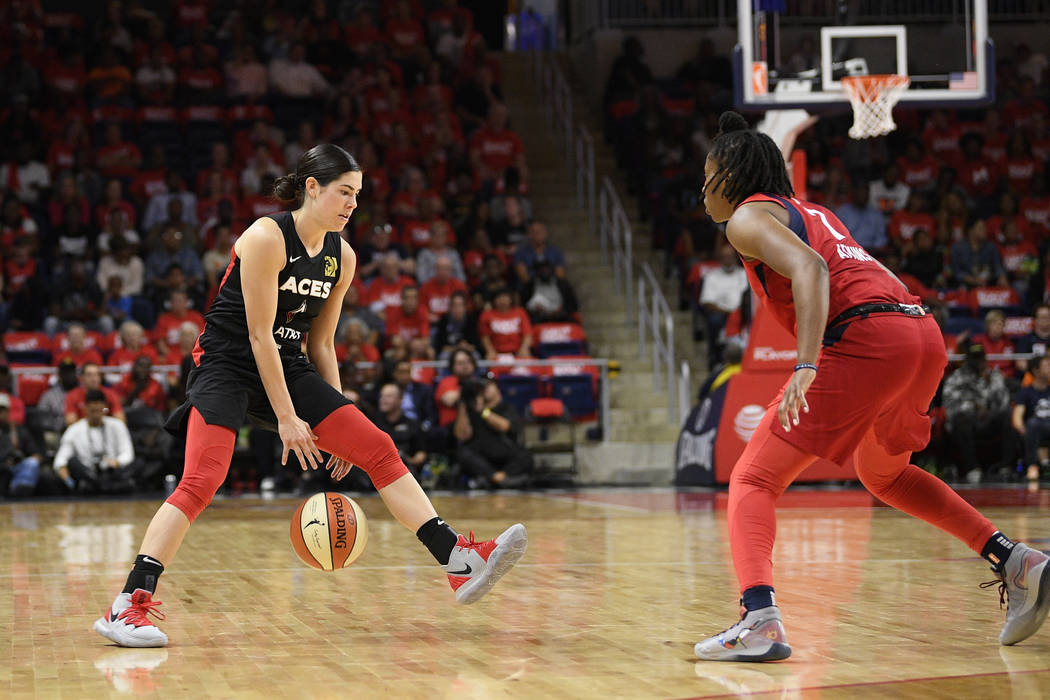 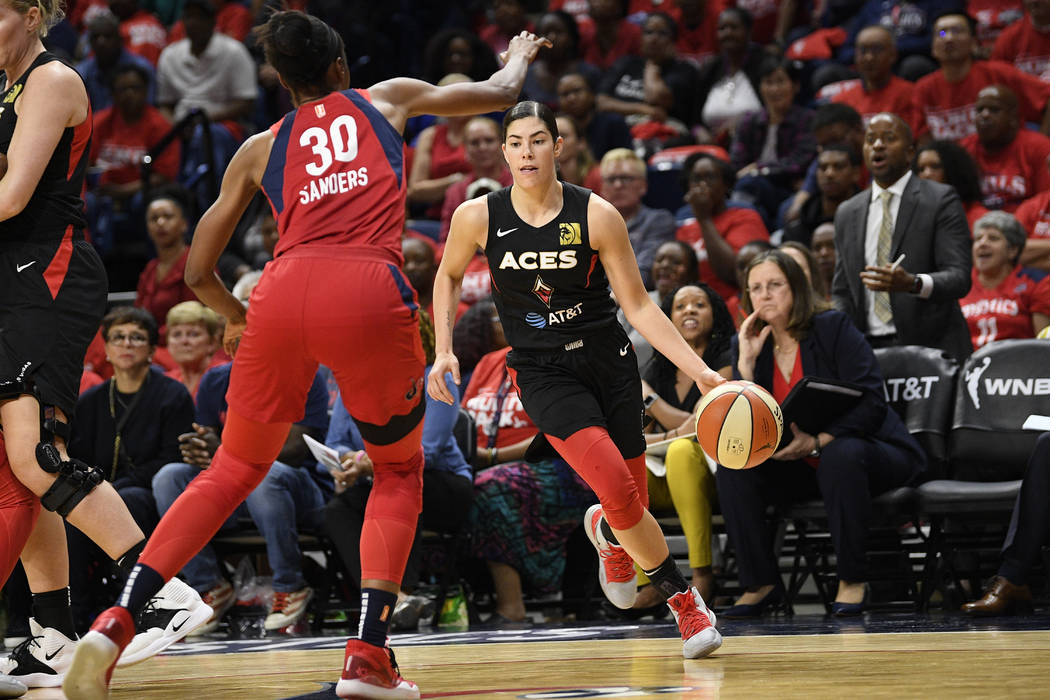 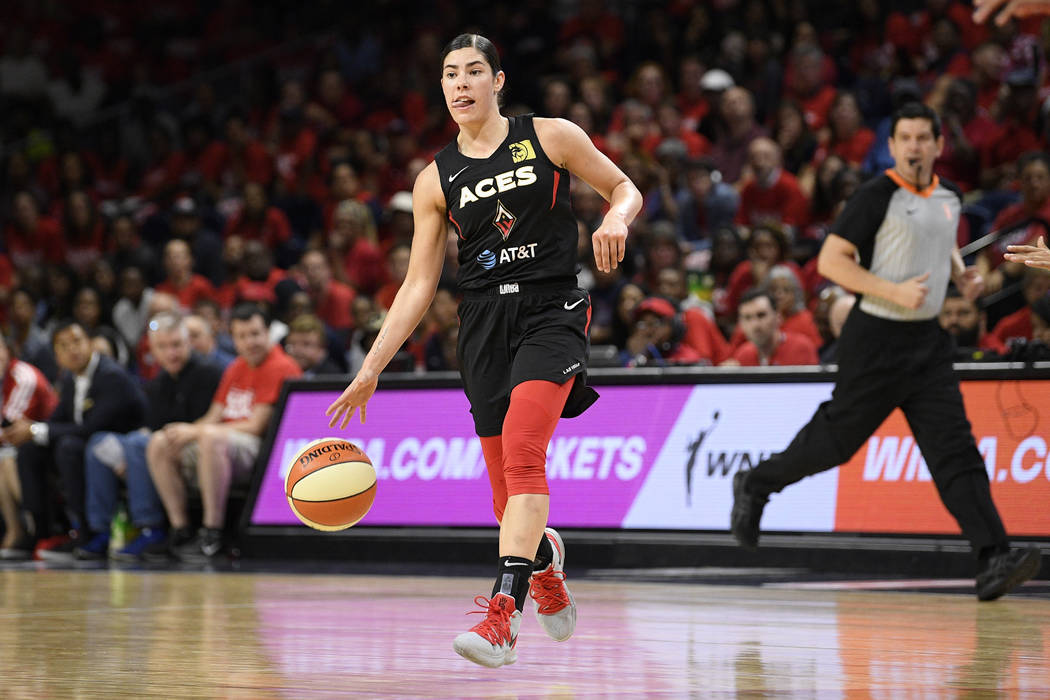 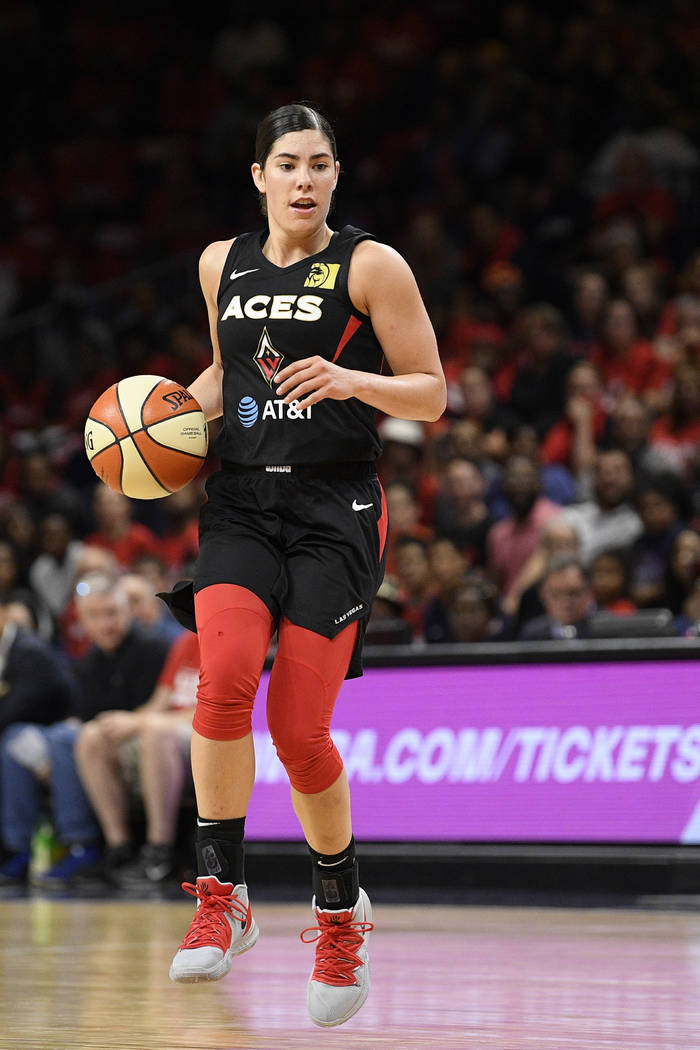 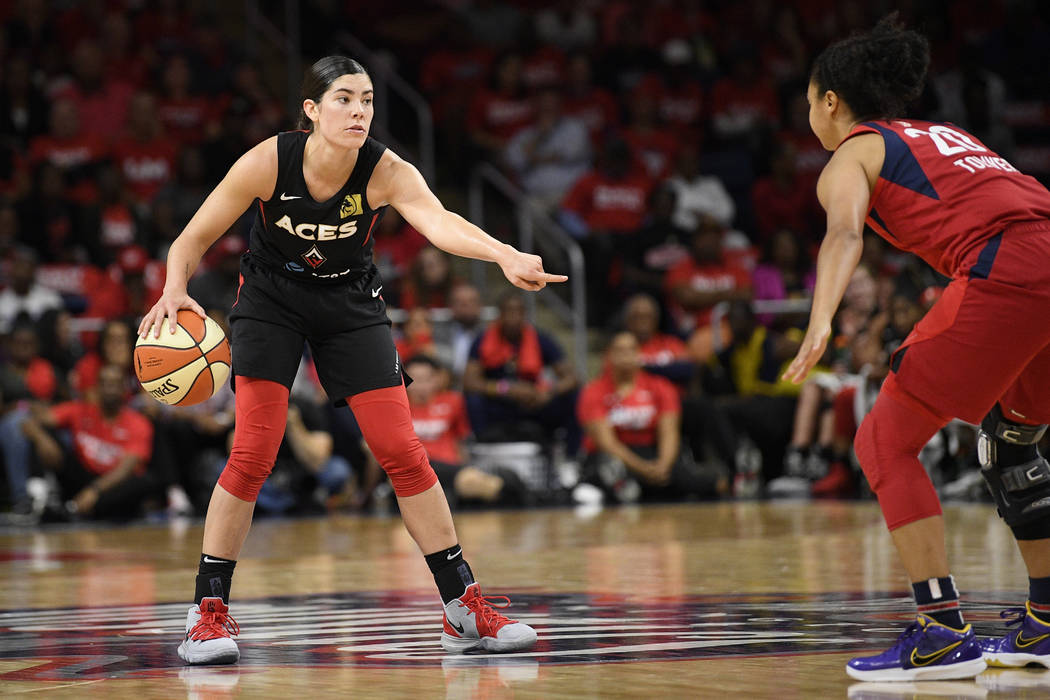 Kelsey Plum calmly dribbled toward the right wing before stopping suddenly to set her feet and bury a 26-foot shot late in the first quarter of a 97-95 road loss to the Washington Mystics on Tuesday night in Game 1 of the WNBA semifinals.

The Aces guard then glared at ESPN’s broadcast tandem of Pam Ward and LaChina Robinson, not so subtly validating the rediscovery of her swagger and production.

Plum took the final shot with the Aces trailing by two points and appeared to be fouled as time expired by Elena Delle Donne, but no call was made and she missed the 20-footer. She’ll get another chance Thursday night when the teams meet in Washington in Game 2 of the best-of-five series.

“She loves the big moment. We all know what she did in college,” Las Vegas guard Kayla McBride said. “She lives for moments like this. She brings energy. It’s who she is.”

Plum finished with 16 points on 6-for-10 shooting with nine assists, seven rebounds and two 3-pointers in one of her most complete performances this season. The fiery 5-foot-8-inch combo guard has rediscovered her mojo as a reserve and is averaging 14.2 points and 4.7 assists on 47.1 percent shooting, including 48 percent on 3-pointers, in her last six games.

She struggled in 30 starts, averaging 8.0 points and shooting 35.4 percent from the floor and 34.9 percent on 3s. But her shooting, handle and creativity have resurfaced.

“She’s really engaged right now,” Aces coach Bill Laimbeer said. “I think coming off the bench gives her a chance to understand the flow of the game. She’s putting forth all of the energy I asked of her when I first got here.”

Plum played almost 31 minutes in Game 1 and changed the flow with her intensity on both ends upon entering in the first quarter. She pushed the ball up the court after makes and misses and found teammates near the basket for open shots and layups before Washington could set its defense en route to the Aces’ 57-50 halftime lead.

She also probed the paint in half-court settings and combined her savvy with her dribble to bait extra defenders before zinging pinpoint passes to open teammates across the court.

“She’s a big part of who we are right now,” Laimbeer said. “Our players know it, our fans know it.”

In the team’s two playoff games, Plum has teamed with Liz Cambage, A’ja Wilson, Dearica Hamby and McBride to form one of the Aces’ most effective lineups. That group outscored the Chicago Sky by 22 points Sunday and the Mystics by four points, logging a total of plus-26 per the WNBA’s website.

Time to do it all again in Game 2 on Thursday.