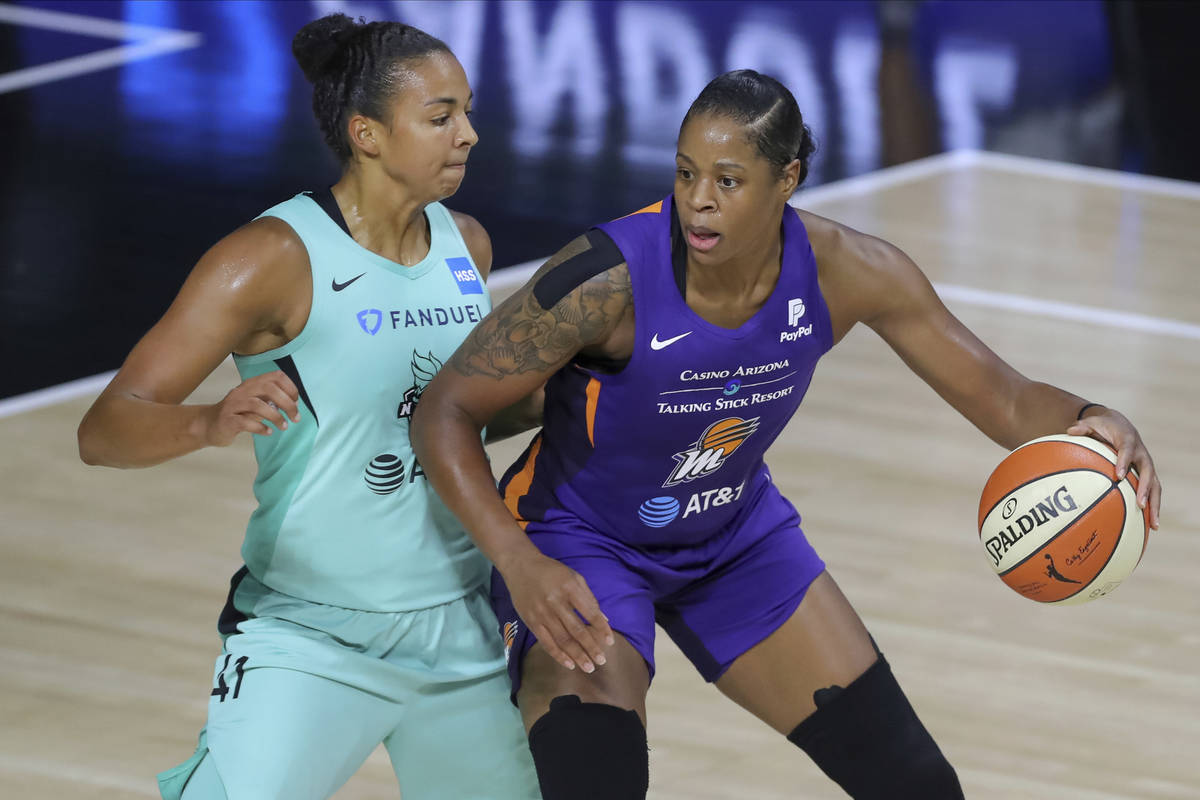 Aces forward A’ja Wilson remembers what it was like to play against Kiah Stokes.

“She would guard me sometimes, and I would be like, ‘I have to get ready. I have to eat my Wheaties,” said Wilson, the reigning WNBA MVP. “She’s a big-body post.”

And now an ally instead of an opponent.

Stokes signed with Las Vegas last week after spending the first five-plus years of her WNBA career with the New York Liberty. She is already making an impact as a backup behind Wilson and teammate Liz Cambage. The 28-year-old debuted with the Aces on Sunday, playing 14 minutes and equaling a team high with three offensive rebounds.

Her presence helps fortify the Aces’ frontcourt, giving them another physical, experienced post player who can rebound, screen, block shots and finish around the basket.

“She’s a jack of all trades. Not a master of anything special, but she can do a lot,” Las Vegas coach Bill Laimbeer said. “Every time we’d played against her the last couple of years, she just wears us out. She’s just strong. She can play defense. She can guard anybody.”

Stokes and Laimbeer have a history dating back to 2015 in New York, where she played from her rookie 2015 until June 30 and where Laimbeer coached from 2013 to 2017. She was the No. 11 pick in the 2015 WNBA draft after playing college basketball at Connecticut.

She played on three consecutive national championship teams at UConn and was named the American Athletic Conference Defensive Player of the Year as a senior.

Stokes was vital part of the Liberty’s rotation, averaging 5.2 points, 6.1 rebounds and 1.3 blocks in 21.8 minutes per game through 2020. But her role was reduced this season and New York waived her last month, making way for the Aces to round out their roster.

“Bill was my first coach in the league. … There’s a level of trust there,” said Stokes, who stands 6 feet, 3 inches. “It’s definitely different. It’s new. I’ve never played for another team besides New York, so it’s brand new everything. … Everyone is super welcoming. It’s been great so far. It’s all happening super fast.”

Stokes said she’s focused on doing what she knows how to do — rebound, block shots and run the floor. The Aces sport the best record and net rating in the WNBA and present to her a legitimate opportunity to win her first WNBA championship.

“Bill has told me he trusts me as a player. He knows what he can get from me,” Stokes said. “This opportunity is once in a lifetime.”