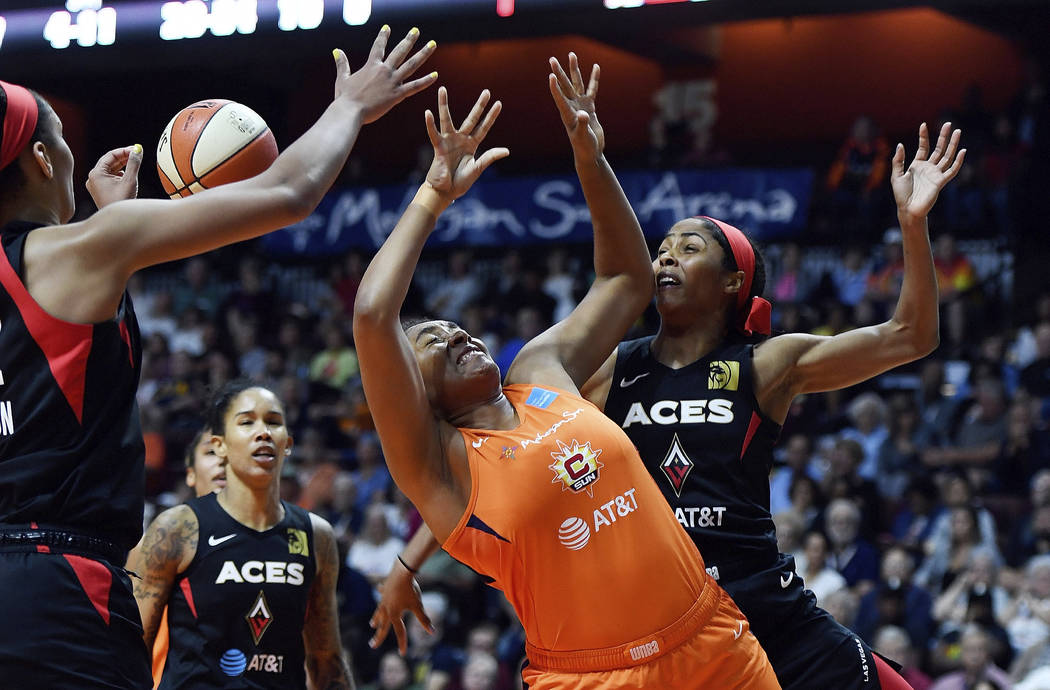 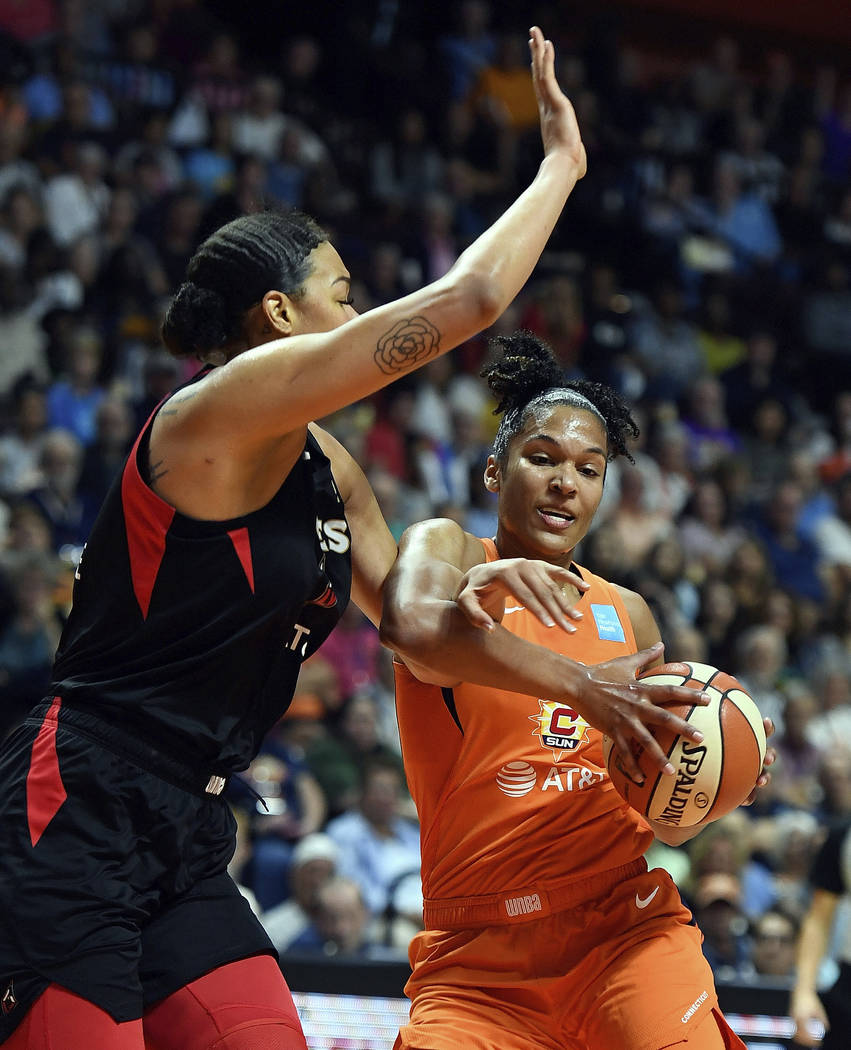 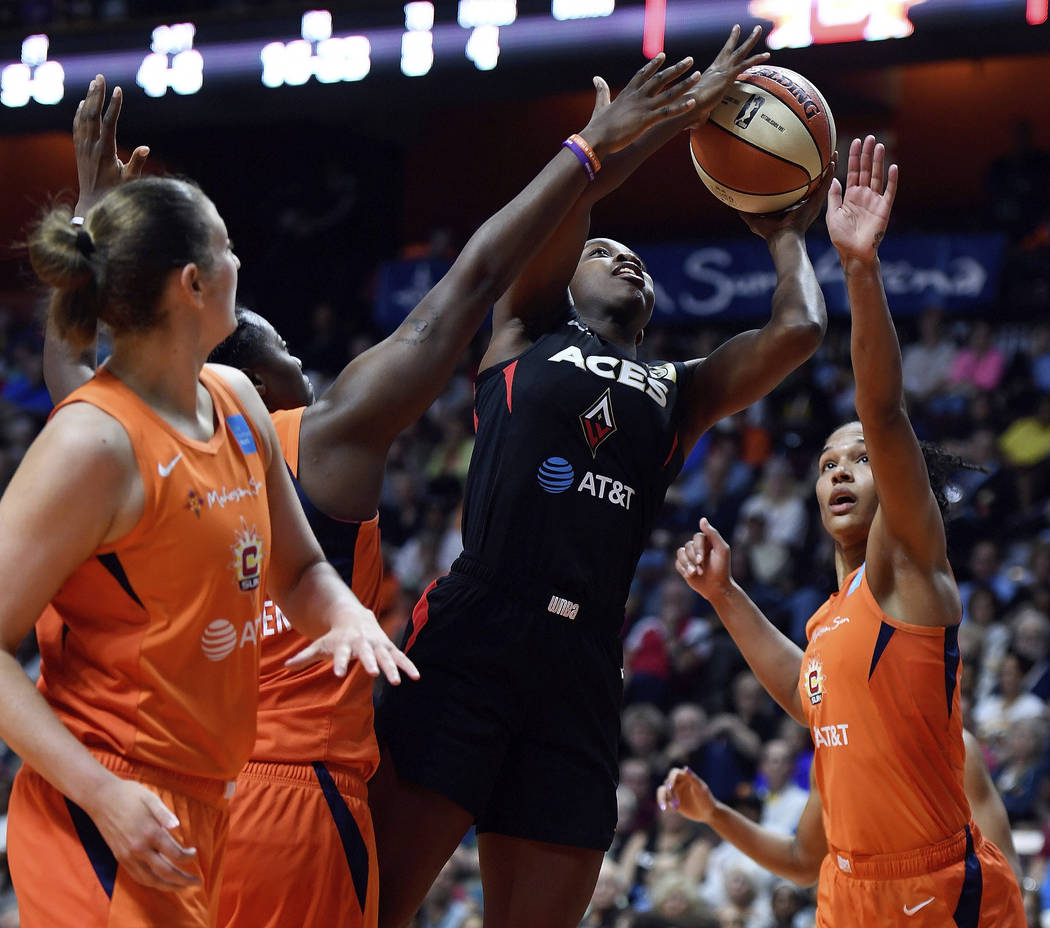 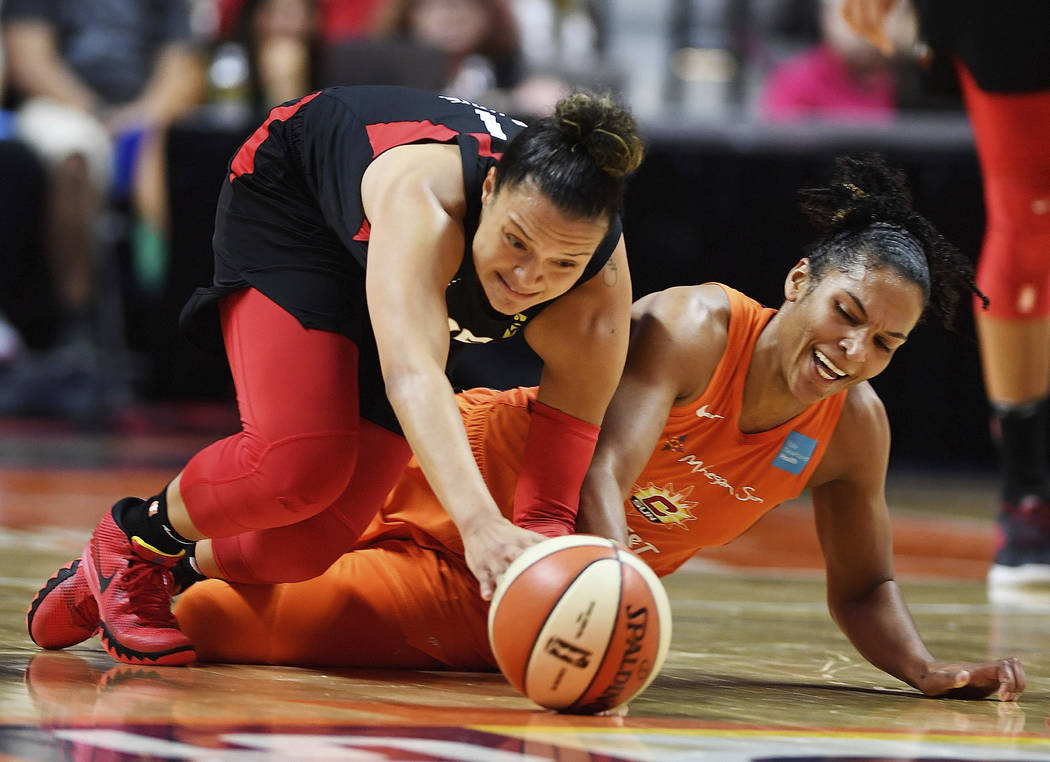 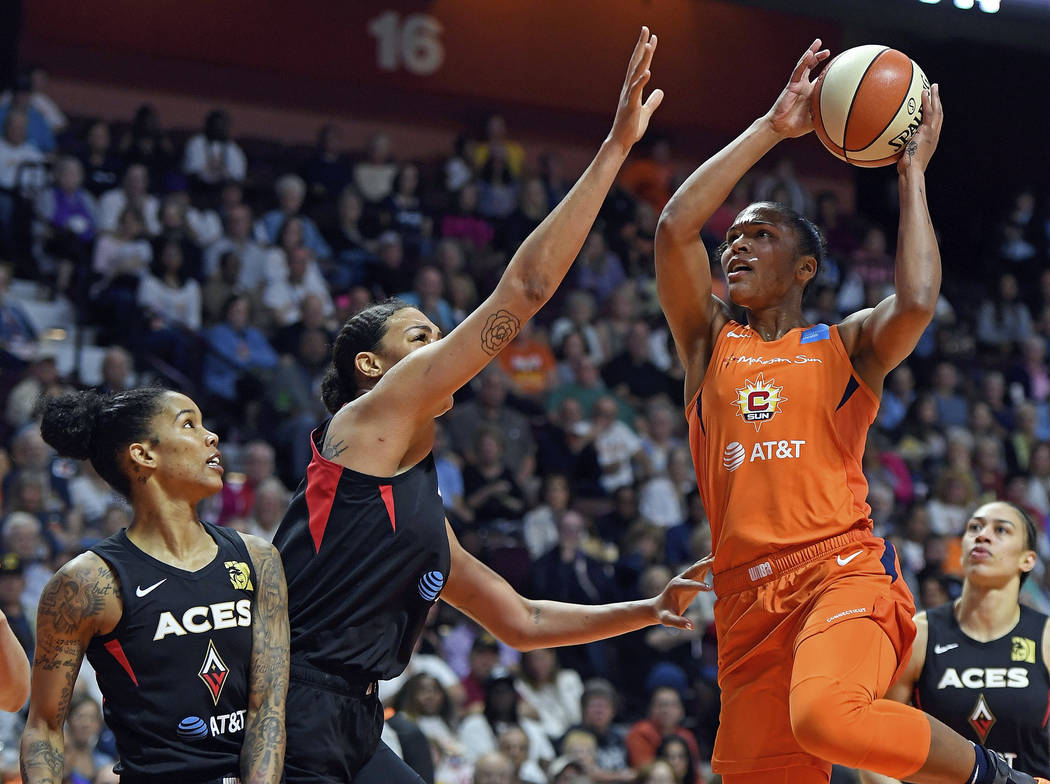 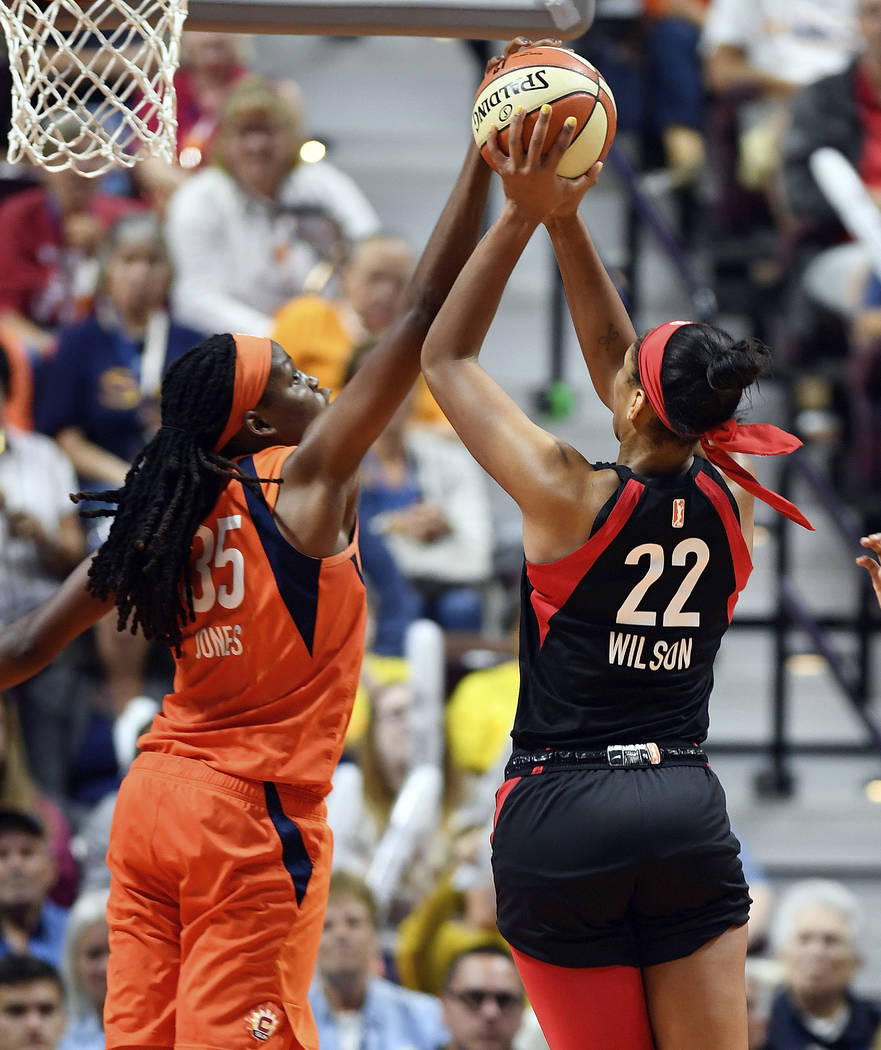 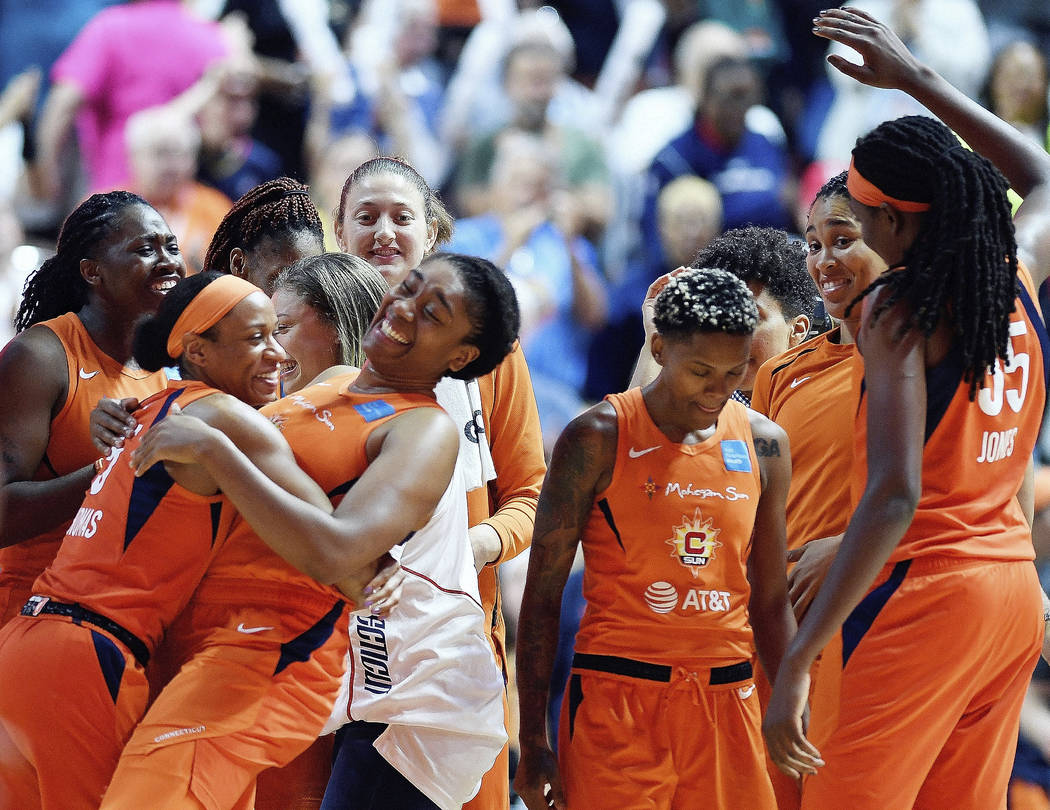 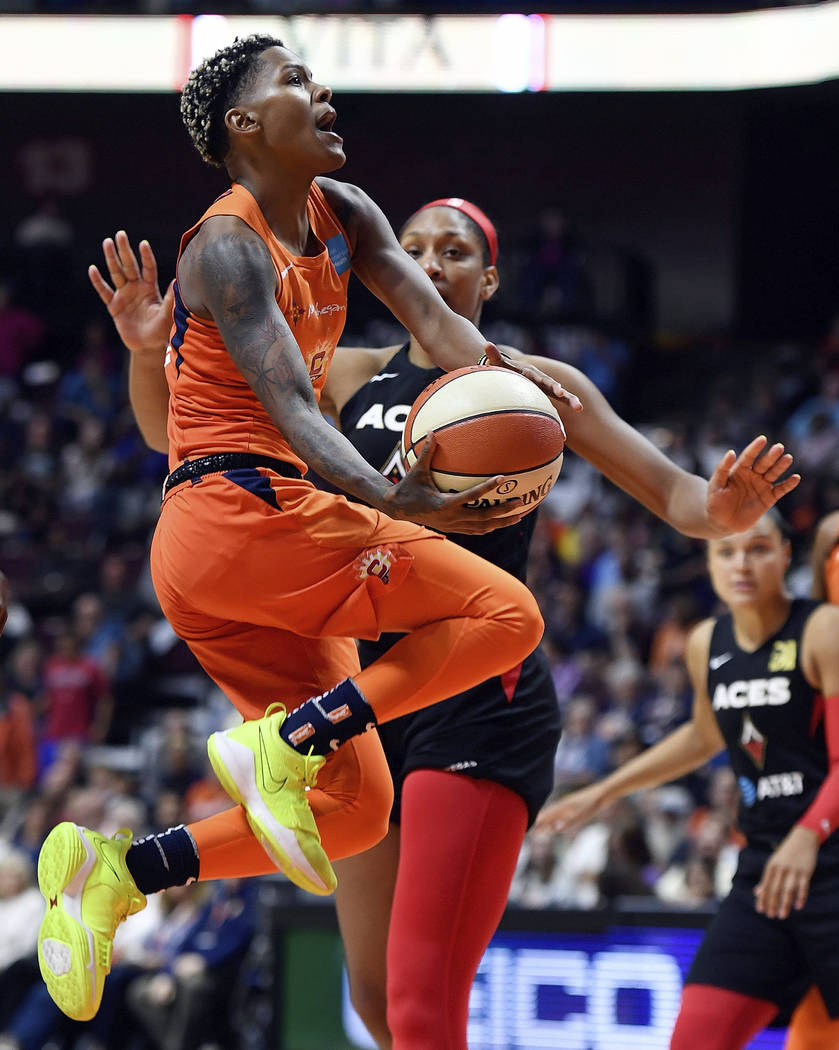 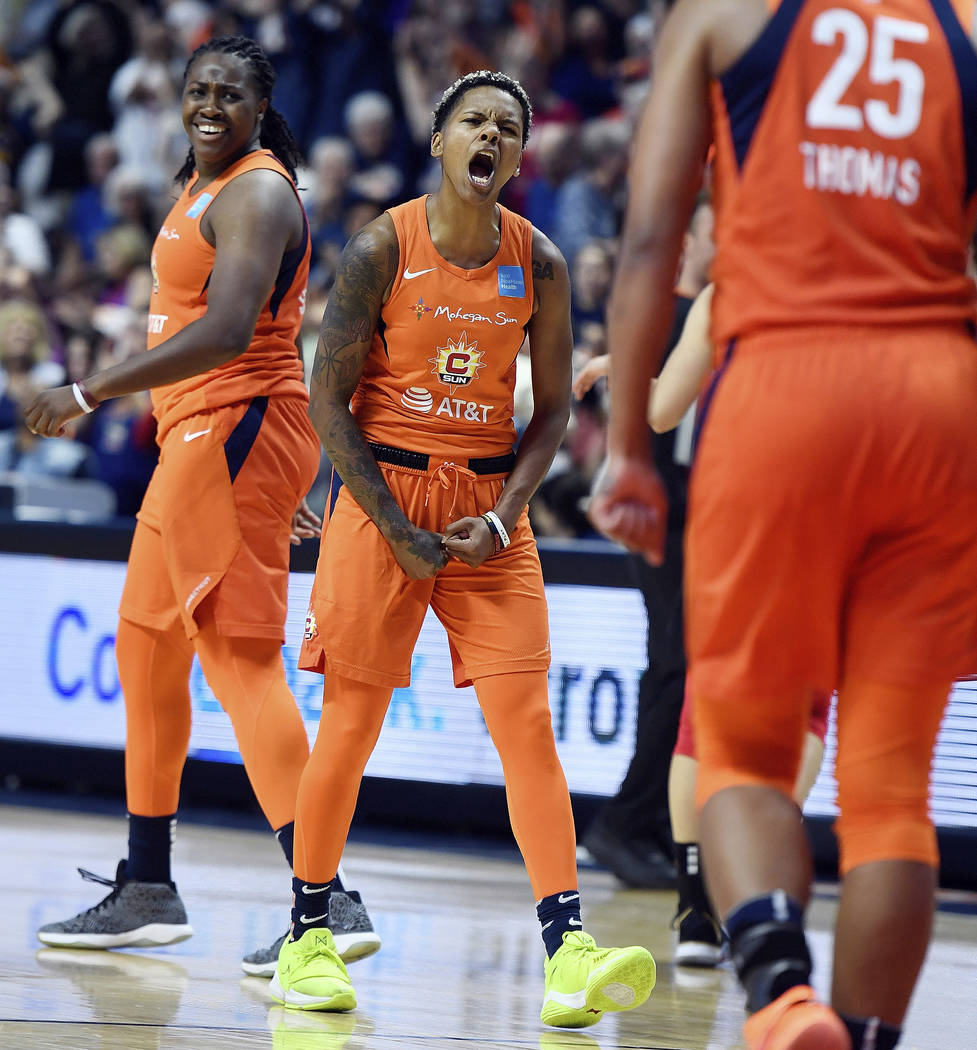 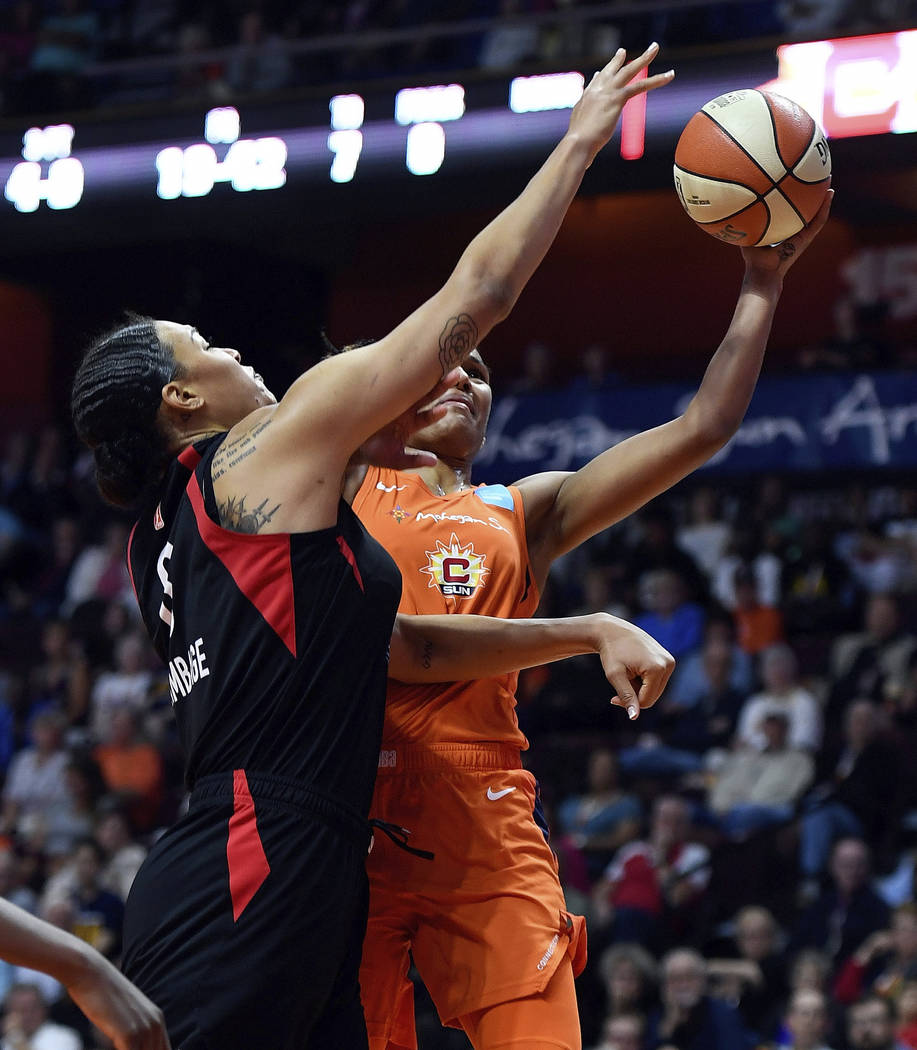 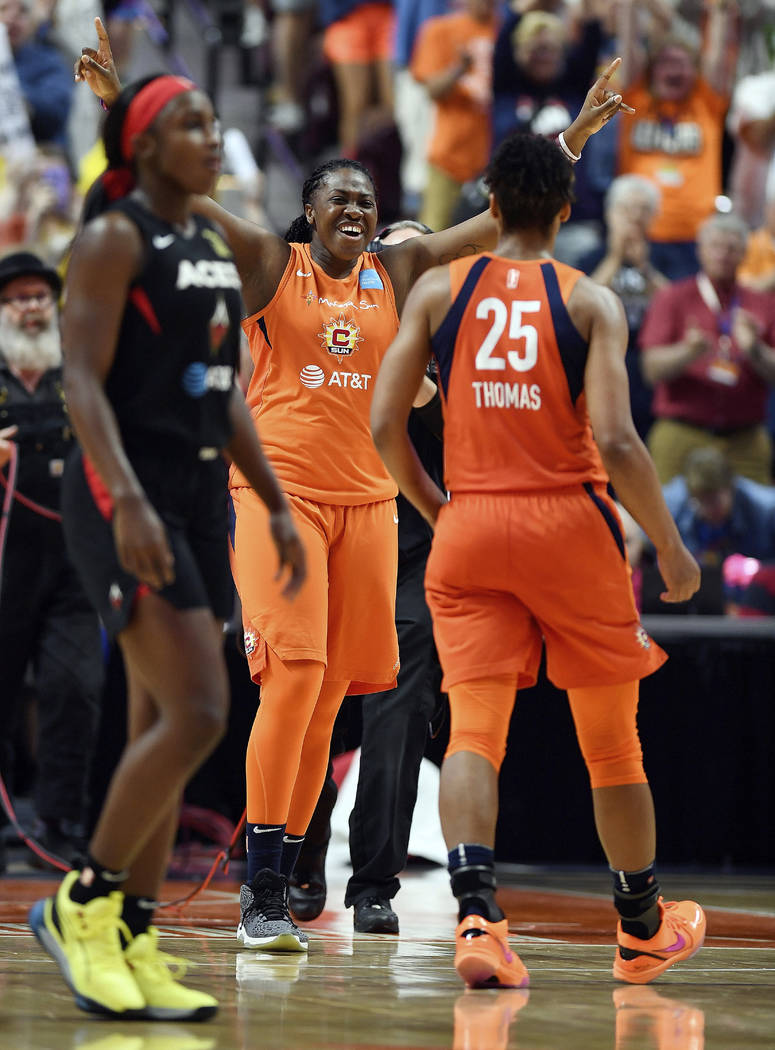 The Aces were 15 minutes from their most crucial victory this season.

They then allowed 15 straight points.

Las Vegas recovered from an early 11-point deficit and built an 11-point lead over the Connecticut Sun, but allowed a 15-0 run late in the third quarter en route to an 89-85 loss Friday night at Mohegan Sun Arena in Uncasville, Connecticut.

The Aces (19-10) trail the Sun (20-8) and Washington Mystics (20-8) by 1½ games for a top-two seed in the WNBA playoffs with five games to play. The top two seeds receive a double bye into the semifinals.

“We didn’t come out and play a big game today, which is somewhat our M.O. throughout the course of the year,” Las Vegas coach Bill Laimbeer said. “If we do, we’re damn good.”

The Aces had won four consecutive games and were well aware of the postseason implications with the No. 2 seed and the tiebreaker on the line against the Sun. They lost to Connecticut on June 2 but won Aug. 11 without injured star forward A’ja Wilson, who returned to the lineup Sunday and helped the franchise clinch its first playoff berth since 2014.

Yet they lacked urgency from the start Friday and trailed 23-12 in the first quarter against a Sun team that now is a league-best 14-1 at home.

But the Aces came back in the second quarter behind a spirited team defensive effort and the post play of Wilson, Liz Cambage and Dearica Hamby, who combined for 30 points in the first half as Las Vegas took a 56-47 halftime lead.

The Aces continued their assault early in the second half, and Wilson converted a layup with 5:01 remaining in the third quarter for a 68-57 lead. Then they stopped scoring — and defending — and Connecticut went on its 15-0 run to seize a permanent lead and strengthen their stranglehold on a top-two seed.

Las Vegas had an opportunity to tie or take a lead in the final minute after a timeout, but Jackie Young attacked the rim in isolation and was blocked by Shekinna Stricklen. Williams then hit a 17-footer with 10.2 seconds left.

“We didn’t come out and play in the third quarter like we’re supposed to,” Laimbeer said. “It showed. … We still should have won the basketball game.”

Cambage scored 18 to lead the Aces. Wilson had 17 points, and Hamby added 14 points and 10 rebounds.