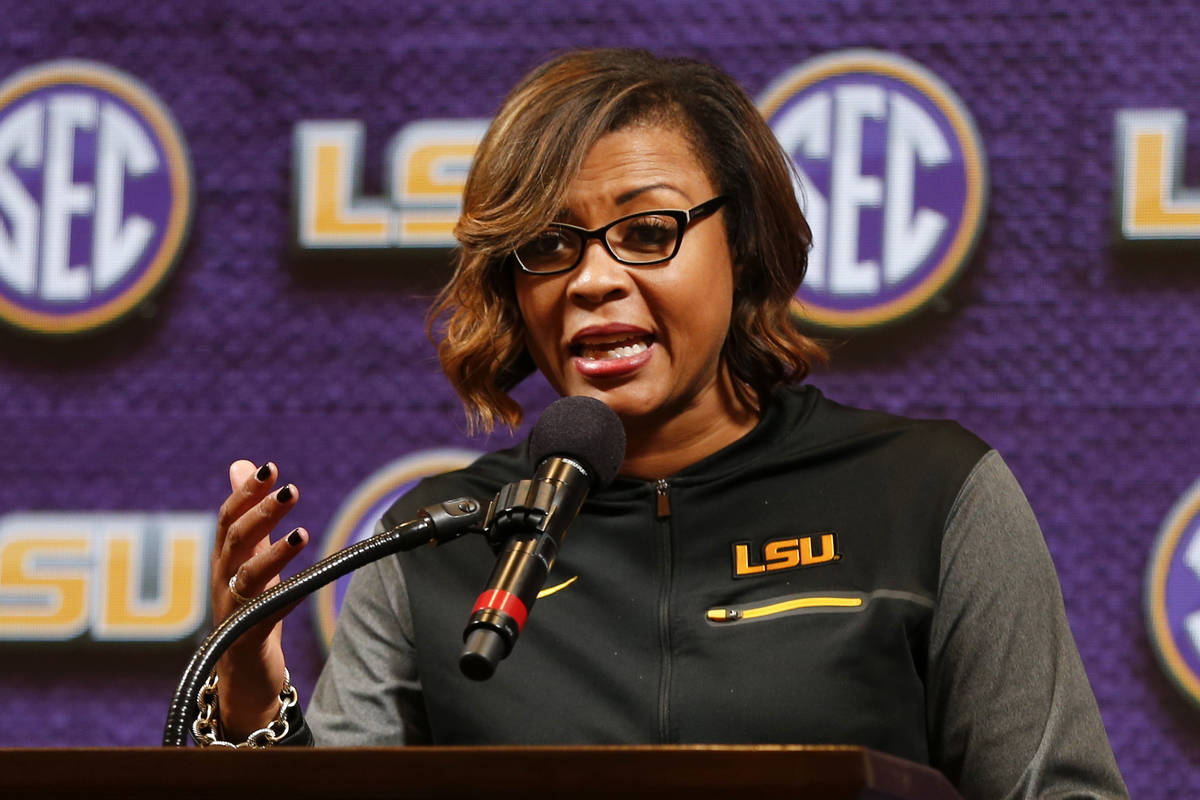 FILE - LSU women's NCAA college basketball head coach Nikki Fargas speaks during the Southeastern Conference basketball media day in Birmingham, Ala., in this Thursday, Oct. 17, 2019, file photo. Nikki Fargas is in negotiations to become Las Vegas Aces president, a person familiar with the discussions told The Associated Press. The person spoke to the AP on Friday, April 16, 2021, on condition of anonymity because no deal has been finalized. (AP Photo/Butch Dill, File)

Nikki Fargas resigned Saturday as the Louisiana State women’s basketball coach and reportedly is on the verge of becoming the Aces’ team president.

The Associated Press, citing unnamed sources, reported that Fargas has been in talks with the Aces regarding the position.

Aces head coach Bill Laimbeer has been the team’s president and head coach since the team moved to Las Vegas in 2018.

Fargas went 177-129 over 10 seasons at LSU. She had five 20-win seasons and six NCAA Tournament appearances.