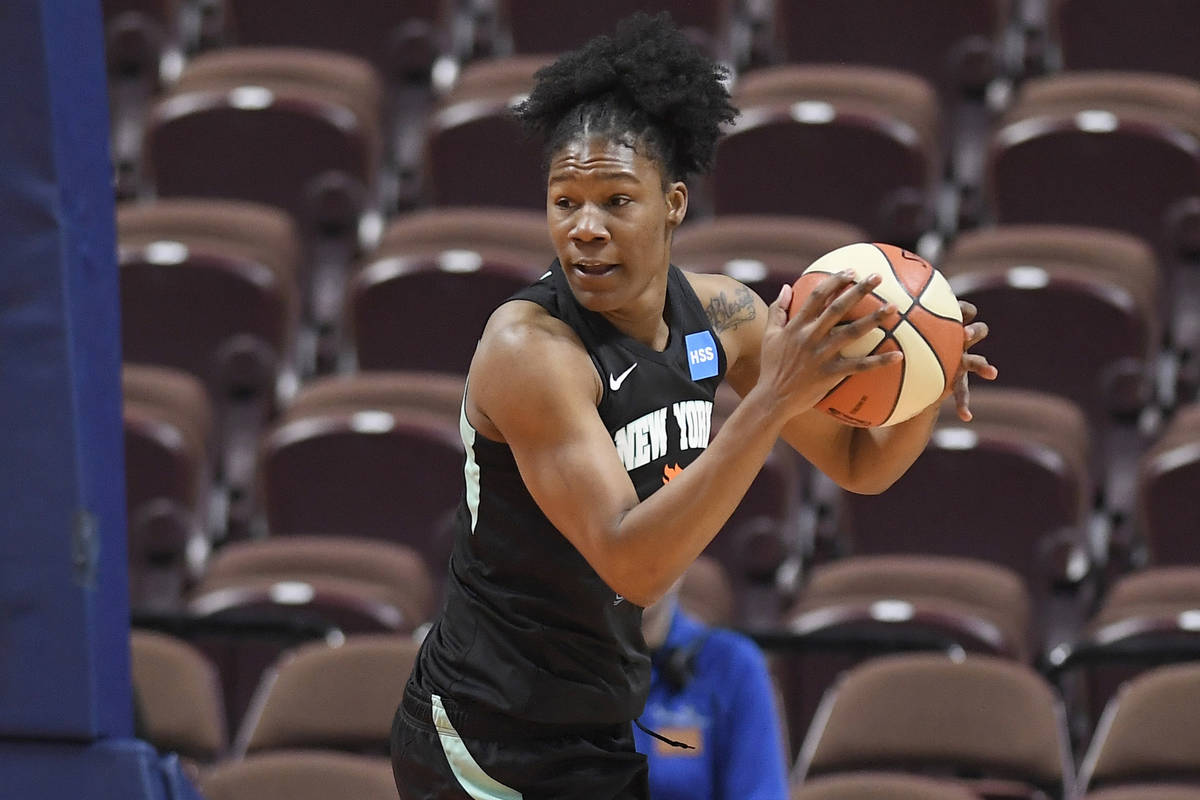 New York Liberty's Avery Warley-Talbert during the first half of a preseason WNBA basketball game, Tuesday, May 14, 2019, in Uncasville, Conn. (AP Photo/Jessica Hill)

Warley-Talbert played college basketball for Liberty and has averaged 2.6 points, 3.8 rebounds and 12.6 minutes in 110 career games with the Mercury, Liberty, Chicago Sky, Atlanta Dream and San Antonio Stars. She hasn’t been a rotation player since 2014, when she started 23 games for New York.

Las Vegas also last month invited forward Raisa Musina to training camp. Musina, 21, was drafted by the Mercury in the second round of the 2018 WNBA Draft, but did not obtain a visa before training camp and has not yet played in the league.