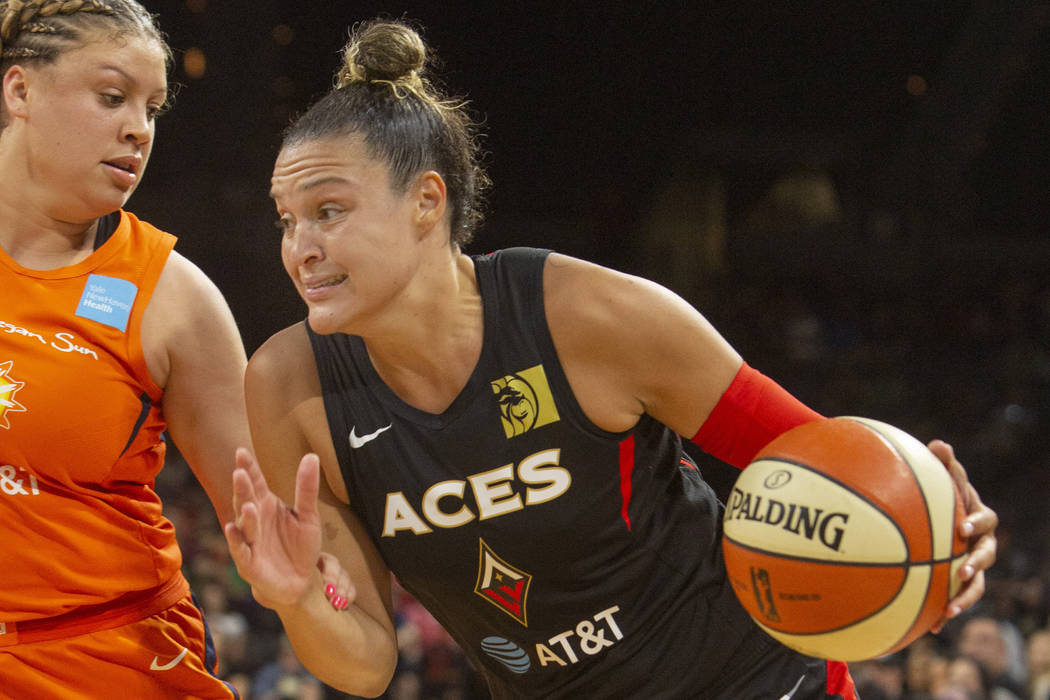 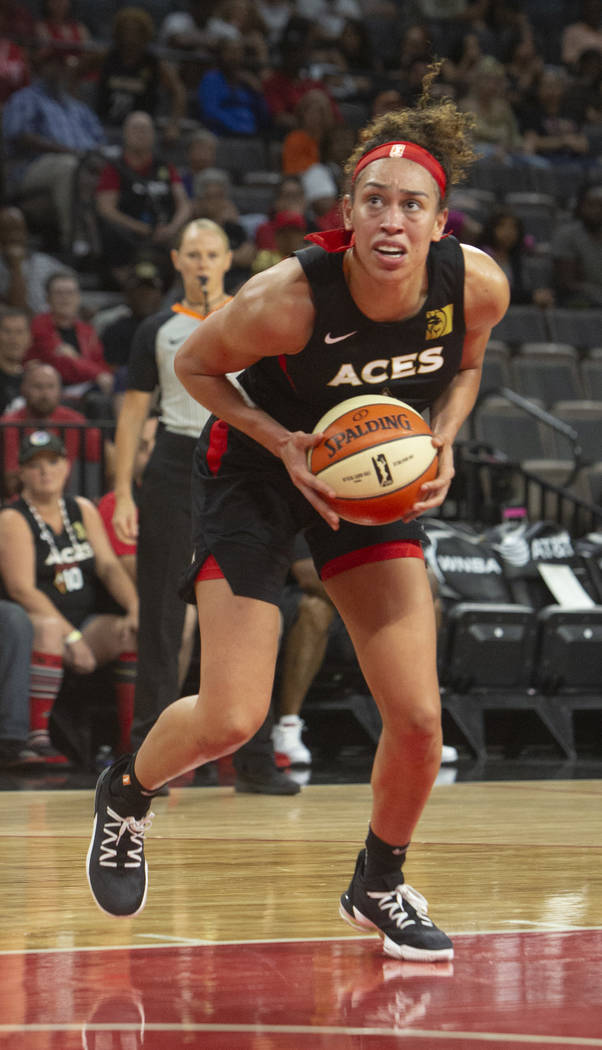 Las Vegas Aces forward Dearica Hamby (5) set up for a two pointer against Connecticut Sun players during the first half of a WNBA basketball game at the Mandalay Bay Events Center on Sunday, Aug. 11, 2019, in Las Vegas. (Michael Blackshire/Las Vegas Review-Journal) 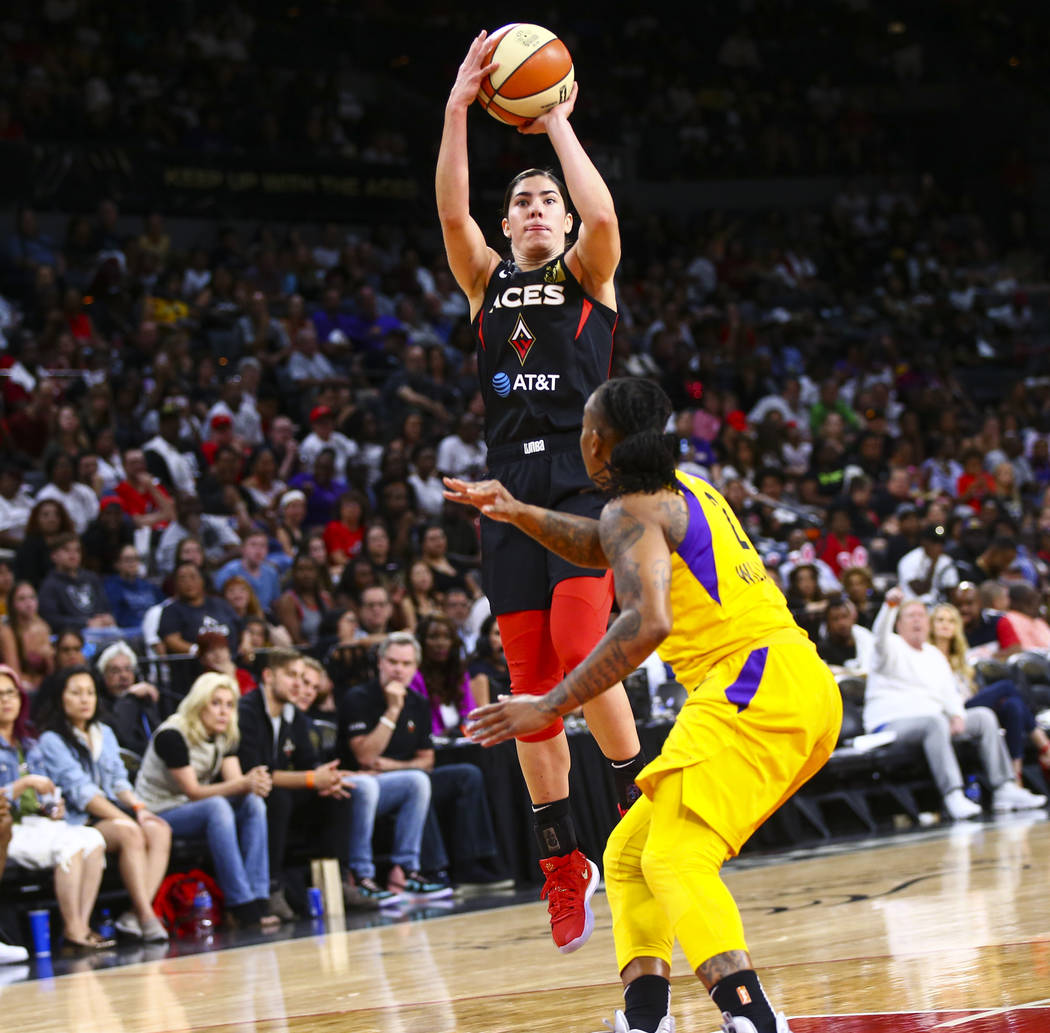 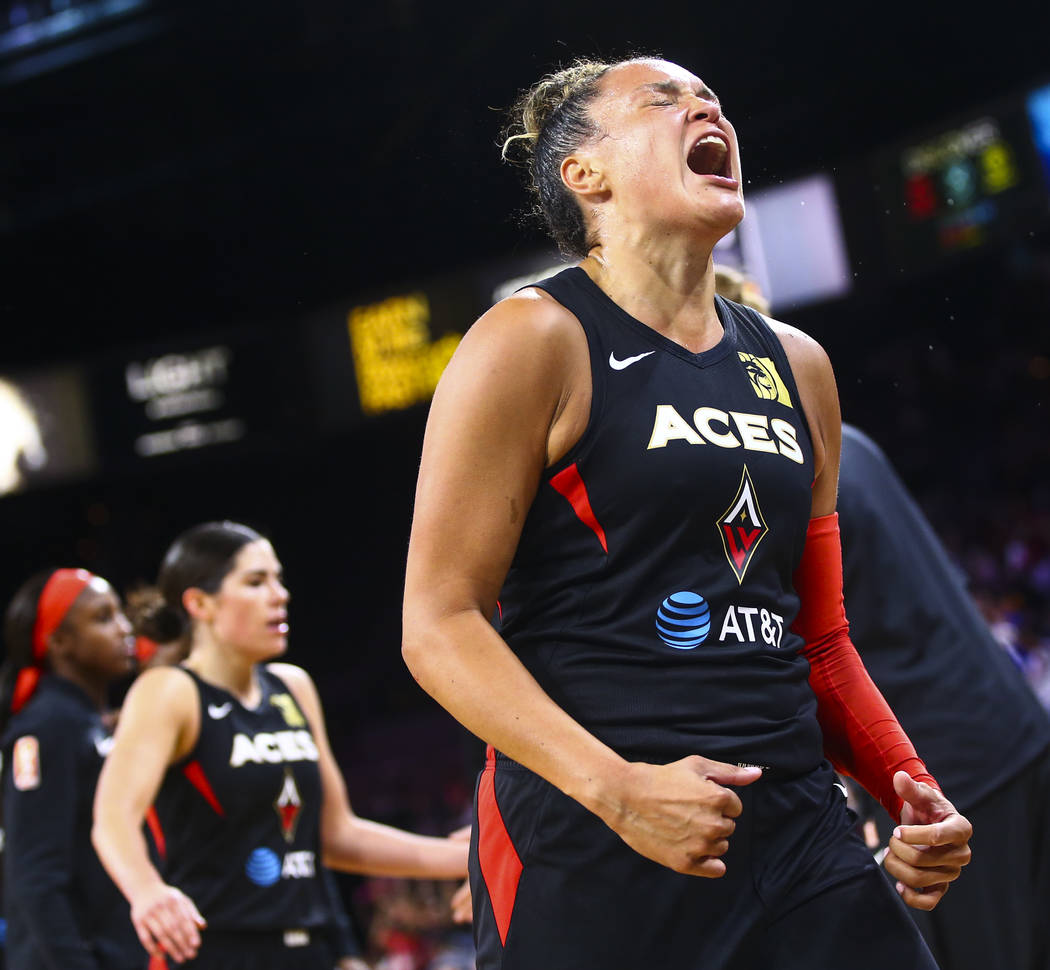 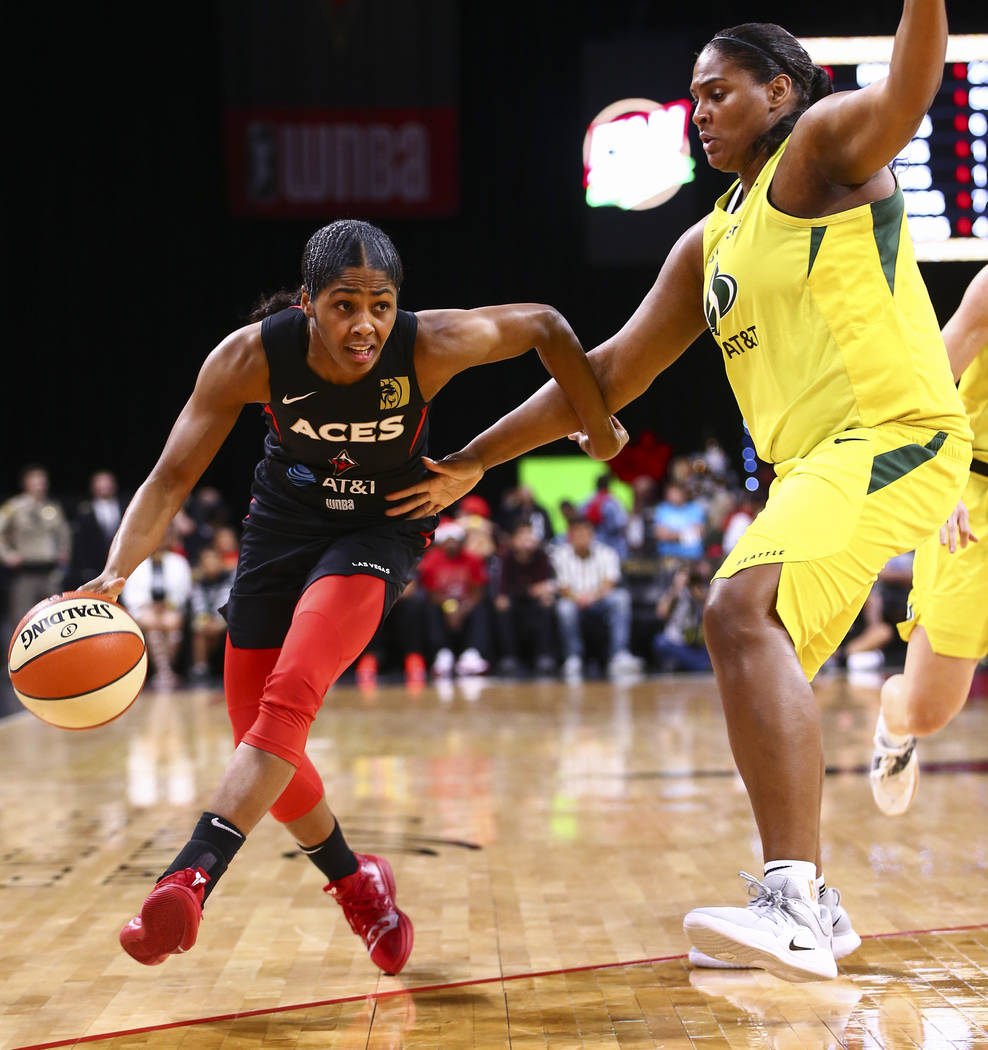 As the franchise’s longest tenured player, McBride feels a special sense of pride in helping lead the Aces (21-13) back to the postseason as the No. 4 seed after several arduous years in San Antonio. She joins Hamby, Plum and guard Sydney Colson as the only Aces who played for San Antonio, from where the Aces relocated in 2017 after finishing with the league’s worst record for three consecutive seasons.

The Aces host the Chicago Sky at 2 p.m. Sunday at the Thomas & Mack Center in the second round of the playoffs.

“When that (constant losing) happens, it can wear on players mentally — especially several seasons in a row,” said Colson, who played for the Stars from 2015 to 2017 and signed with the Aces during training camp. “If you allow yourself, you can get to a point where you’re complacent with losing, so I am happy to see the rest of us that were there in a culture where winning is the expectation.”

Until this year, the franchise hadn’t recorded a winning season since 2012, but made the playoffs with a 16-18 record during McBride’s rookie year of 2014. The Stars were promptly eliminated by the Minnesota Lynx, triggering a three-year run that concluded with a 23-79 record.

Along with plenty of complacency.

“There, it was kind of more family oriented,” said Hamby, who was drafted by San Antonio in 2015. “The sense of urgency wasn’t as urgent, I guess. It was kind of like, ‘Well, we love each other.’”

The losses mounted, the local support waned and the franchise was purchased by MGM Resorts International, which hired three-time WNBA champion coach Bill Laimbeer to coach the team and run its basketball operations.

Laimbeer has instilled a culture predicated on accountability, drafted forward Aja Wilson in 2018, traded for All-Star center Liz Cambage and added a collection of reliable veterans and talented young players to complement the team’s nucleus.

The Aces were 14-20 last season and had the league’s best record at one point this season.

“The transition has been remarkable, what Bill has done, what the organization has done,” said Plum, San Antonio’s draft pick in 2017. “(It’s about) winning. Winning obviously in basketball games. But winning in how they treat us. Winning in the resources. Winning in the time people put in. It made it a standard for everything that followed. It kind of carries over into winning games.”