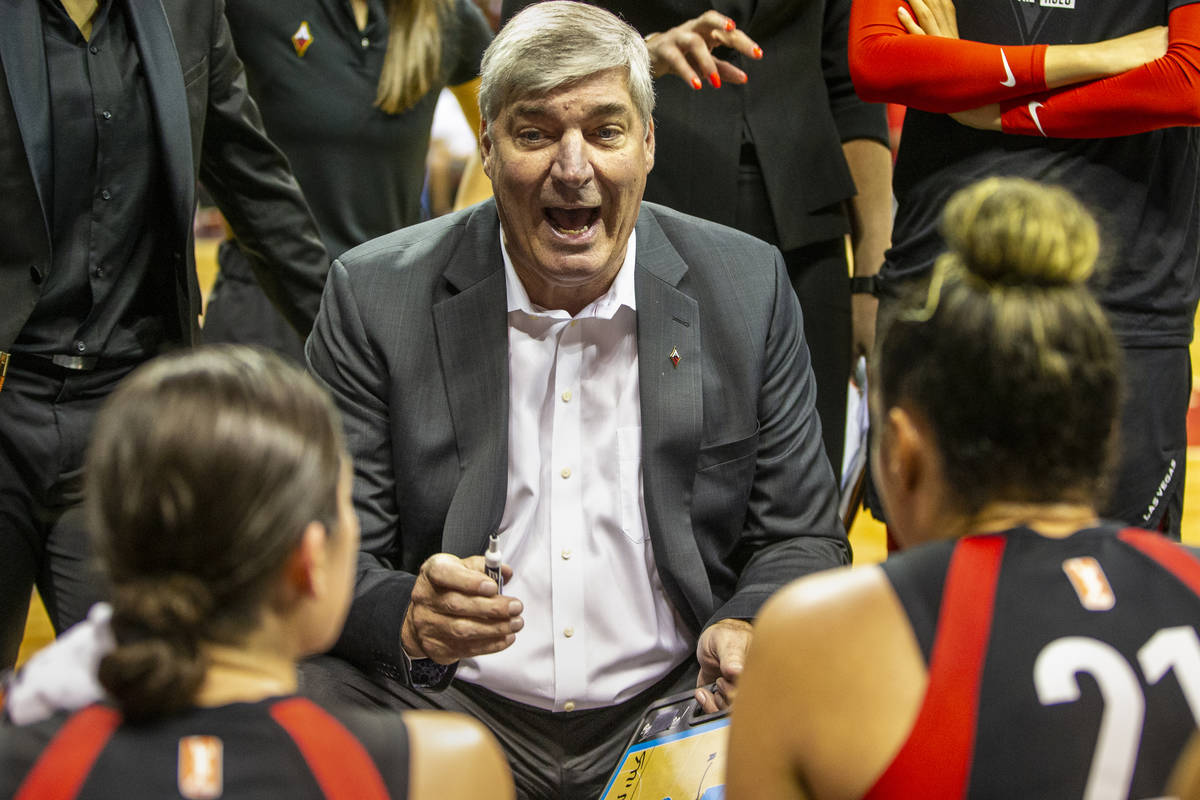 If Bill Laimbeer were a betting man, he “wouldn’t touch this one.”

That’s how the Las Vegas Aces coach is approaching what he expects to be a wide-open race as teams opened training camp for the upcoming WNBA season this week in the “bubble” at IMG Academy in Bradenton, Florida.

“The mental part is going to be the most demanding,” Laimbeeer said. “You get here, and nothing is going to be the same that you’re used to in training camp or life in general. I told them the teams that stick together mentally and pick each other up, and just try to be as mentally strong as they can, if it’s sustainable, then those are the teams that are going to have an advantage.”

Such is life in the time of the COVID-19 pandemic, when there are more questions than answers. The league has yet to release a schedule or definitive start date, although the first games are expected to be played later this month.

There’s also no way to know how each team will react to being stuck in the bubble for the entire season or how they will deal with having no home court advantage and no fans in the stands.

There were some issues with accommodations when the teams arrived, such as a video that showed a laundry room with a mouse trap that was circulated around social media by several players.

“I knew coming in the first couple days were going to be like, ‘Oh my gosh,’ because you’re accustomed to a lifestyle and things are going to be different,” Aces forward A’ja Wilson said. “There were some mishaps. It was a little crazy, and it never should have gotten to that point. At the same time, the recovery factor and the way the league has taken care of things has been surprising to me.”

With the league helping the players get some of the logistical issues behind them, they’ve been able to focus on basketball.

For the Aces, that’s meant trying to be as efficient as they can without having everyone available. Center Liz Cambage opted out of the season because of health concerns, and guard Kelsey Plum will also be out after she tore her left Achilles tendon.

Guards Sugar Rodgers and Kayla McBride and center Carolyn Swords have missed the first two days of practice, although Laimbeer expects Swords to be available Sunday.

“Being here is difficult for the coaches because we normally have 15 players and a lot of repetitions for everyone and can save their legs,” Laimbeer said. “Now with eight or nine, it’s difficult. You can’t play 5-on-5, you can’t bring in guys to practice against. You have to make the most of what you’ve got.”

Despite the early issues with accommodations and the lack of a full roster, Laimbeer said the team’s energy level has been high. The players are excited to get the season started.

“We waited a long time for this and now we’re finally here.,” guard Jackie Young said. “ Everyone looks pretty good, and everybody was excited to be back on the court. We’re a little bit different of a team this year, and getting out on the court with each other has been great.”