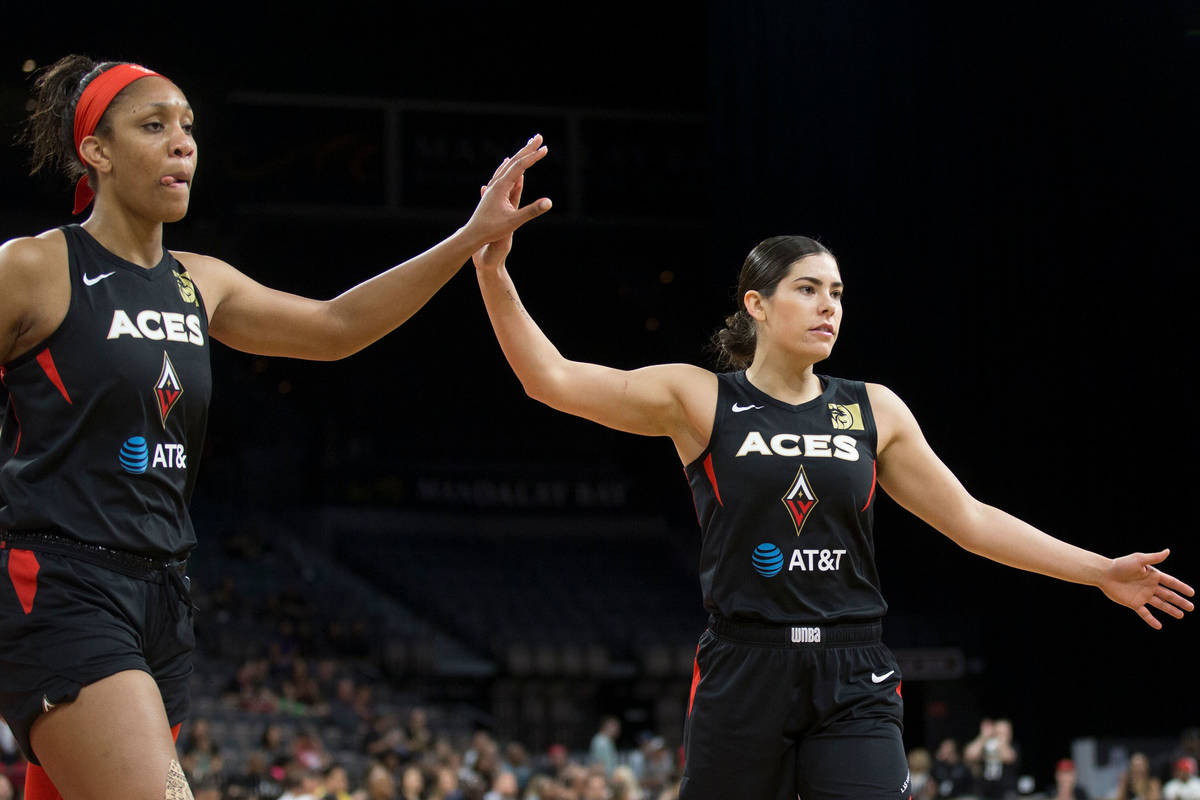 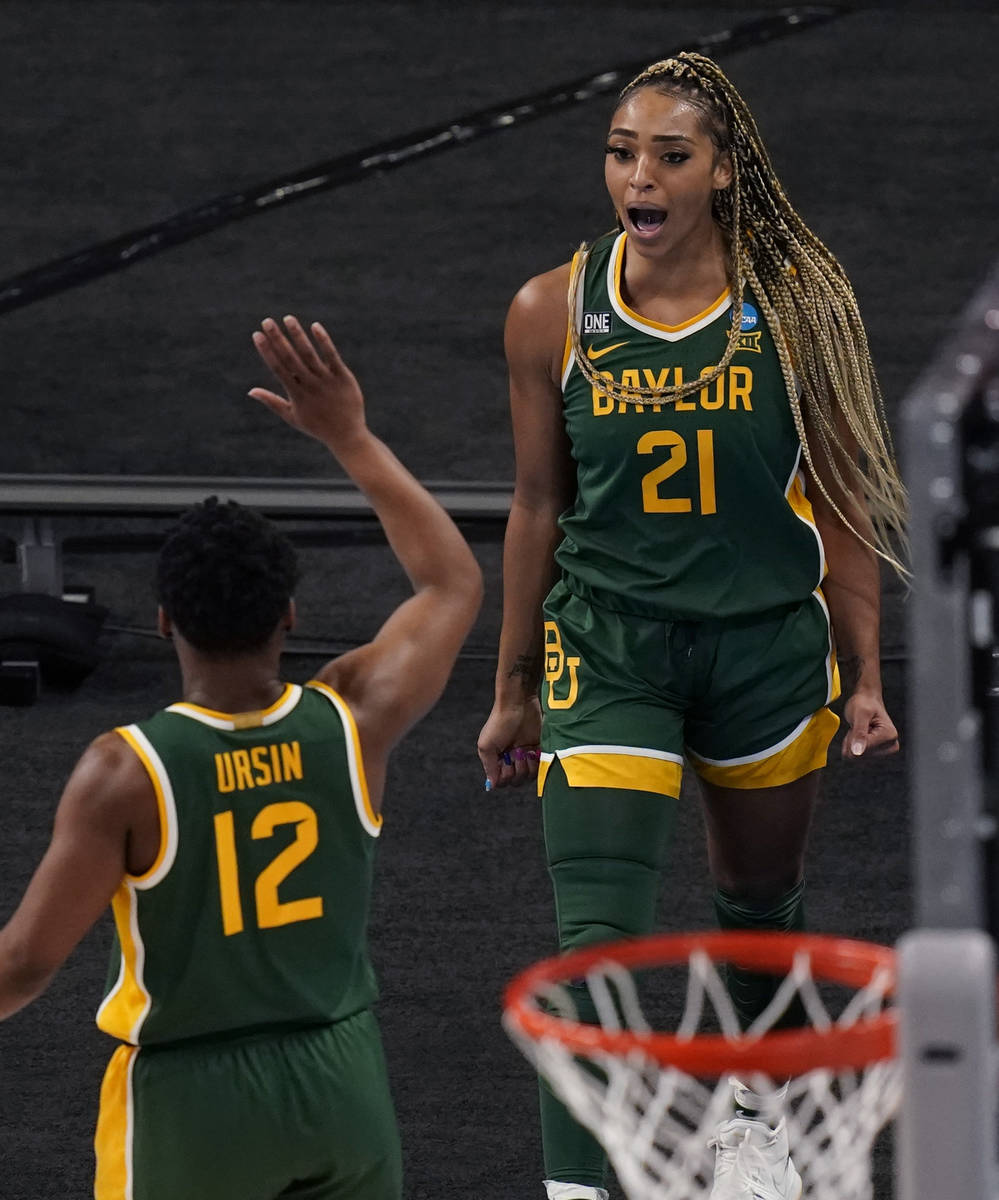 Baylor guard DiJonai Carrington (21) celebrates a score against UConn with teammate Moon Ursin (12) during the second half of a college basketball game in the Elite Eight round of the women's NCAA tournament at the Alamodome in San Antonio, Monday, March 29, 2021. (AP Photo/Eric Gay) 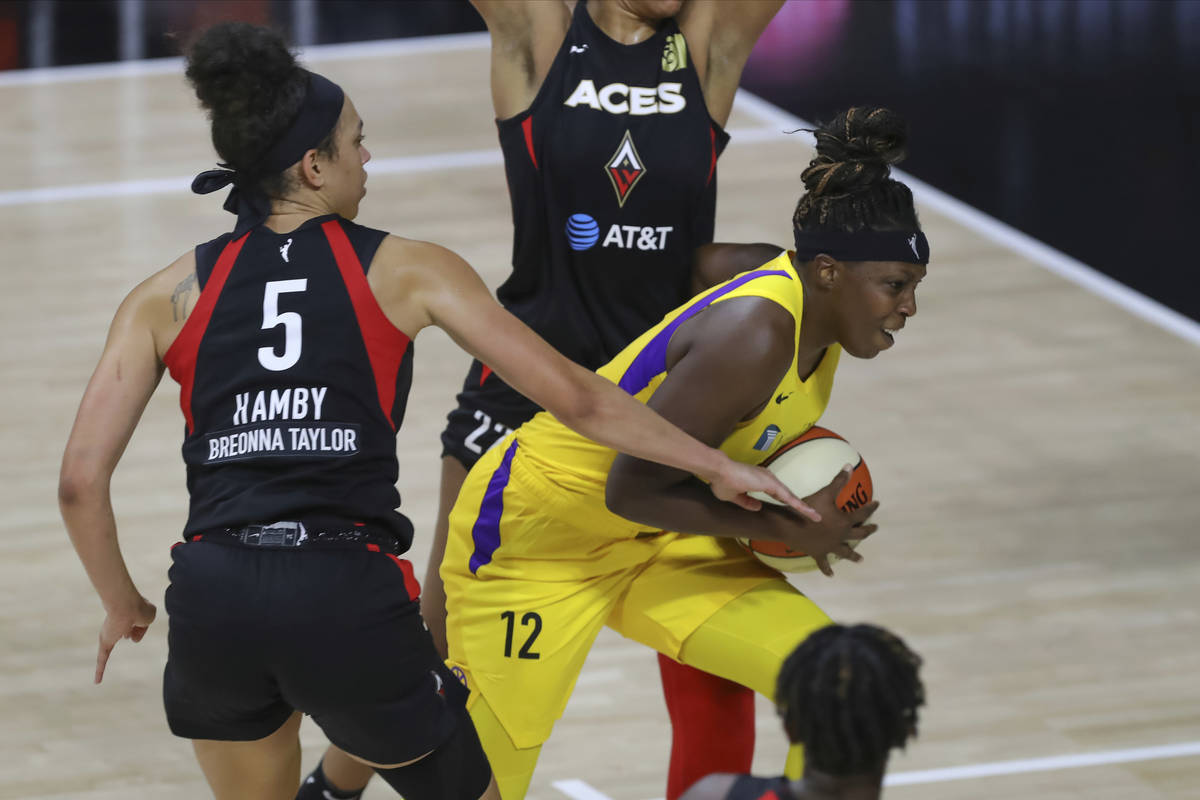 The No. 1 overall picks are a thing of the past at this point. The Aces are far too good now to pick at the top of the draft. Too talented, deep and successful. So instead of having the first pick in the first round like they did from 2017 through 2019, they have the opposite one now.

The last pick in the first round.

The Aces will pick 12th, 14th and 36th in the WNBA draft on Thursday, giving them three opportunities to bolster perhaps the most talented team in the league. With that in mind, General Manager Dan Padover said Las Vegas is looking for players with one refined skill — a la shot blocking or 3-point shooting — who could complement the gluttony of star power on the roster.

Draft picks are not guaranteed to make the opening day roster in the WNBA, even those selected in the first round.

The draft is at 4 p.m. and will be televised on ESPN.

“There’s probably not going to be an overwhelming amount of talent at the pick we’re at,” Padover said. “You’ve got to find something that you hope would carry a player through training camp, get them on a roster and keep them on a WNBA roster so they can continue to develop. … That’s what you really look for when you pick this late.”

The Aces are picking that late because they compiled a league-best 18-4 record last season en route to an eventual berth in the WNBA Finals. They were swept by the Seattle Storm, whom they’ll open their regular season against on May 15.

But they played that series without star center Liz Cambage, who opted out of the 2020 season amid coronavirus concerns — and standout guard and 2017 No. 1 overall pick Kelsey Plum, who missed the season with a torn Achilles tendon.

Reigning two-time Sixth Woman of the Year Dearica Hamby also missed the Finals with a knee injury, but all three are back for 2021.

Padover said the team’s top priorities in the offseason were re-signing Cambage and ensuring Plum would return healthy.

Padover is pleased with the roster thus far. The Aces are essentially two deep at every position. But he said “you wish you had a little more wiggle room to look at some players” in the draft.

“At 12 and 14, these players really have to play well to try and break through,” he said. “It’s not like the NBA where first rounders are a given.”