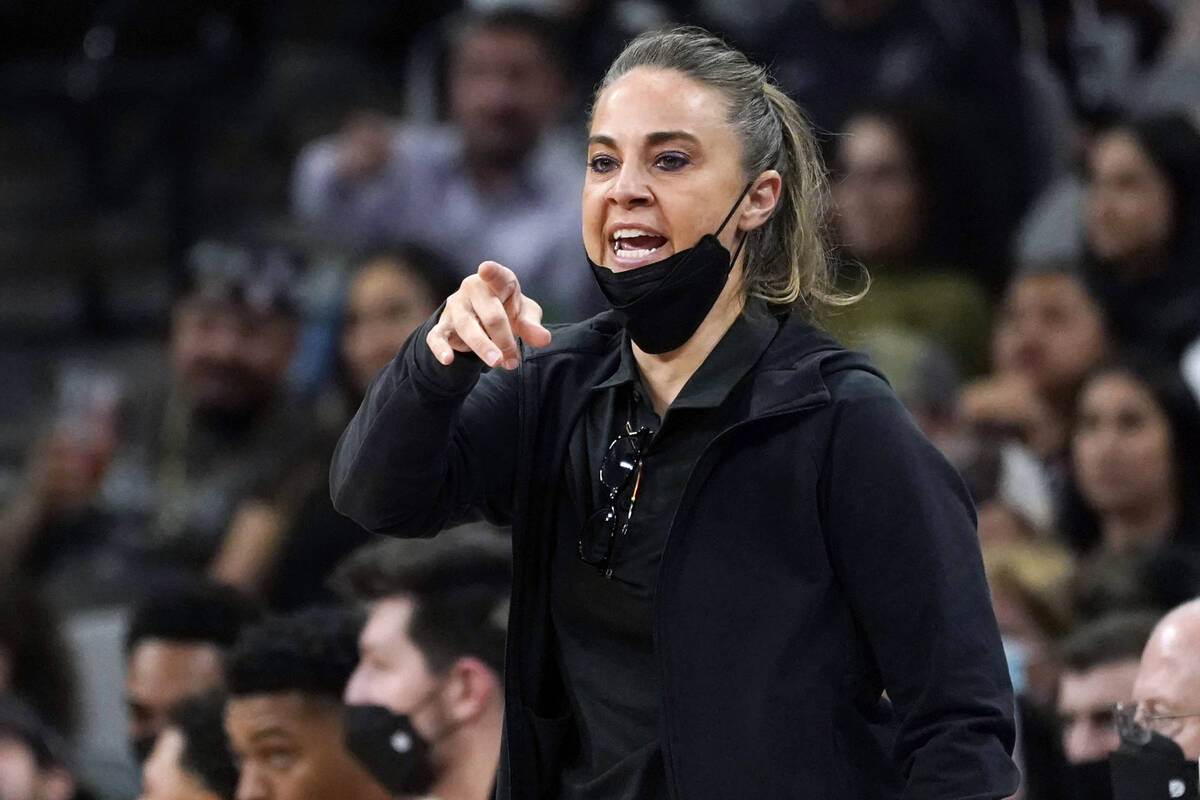 FILE- San Antonio Spurs assistant coach Becky Hammon directs players during the first half of an NBA basketball game against the Dallas Mavericks, on Nov. 12, 2021, in San Antonio. The WNBA will begin its 26th season this weekend with many fascinating storylines including the potential retirement of Sue Bird and Sylvia Fowles, the return of Becky Hammon as a coach and the absence of Brittney Griner. (AP Photo/Eric Gay, File) 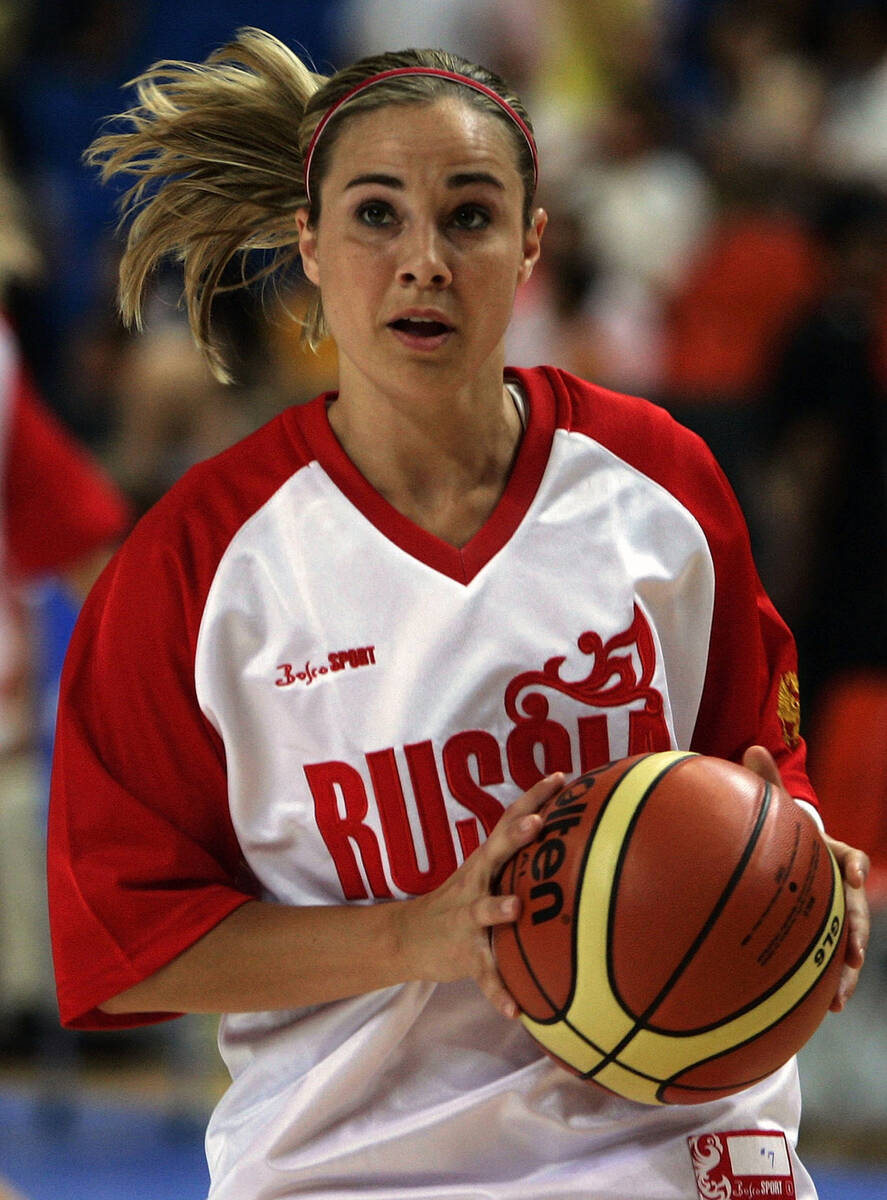 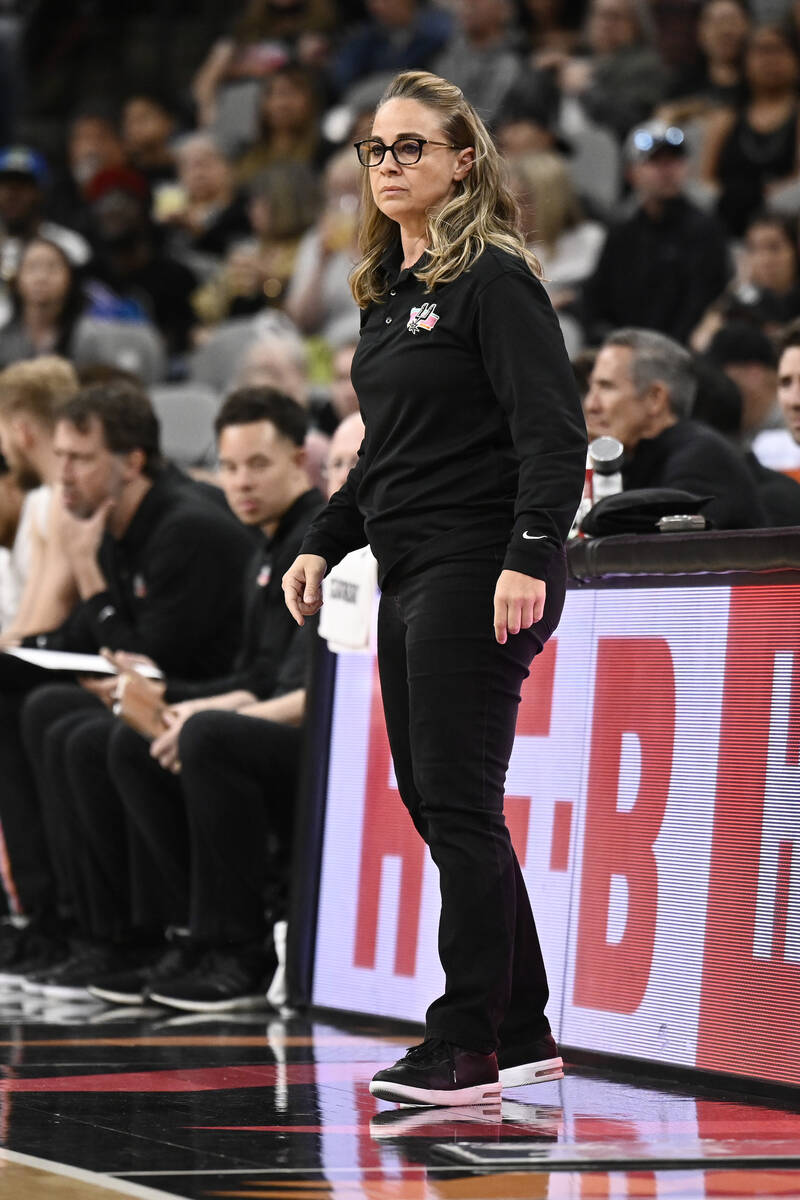 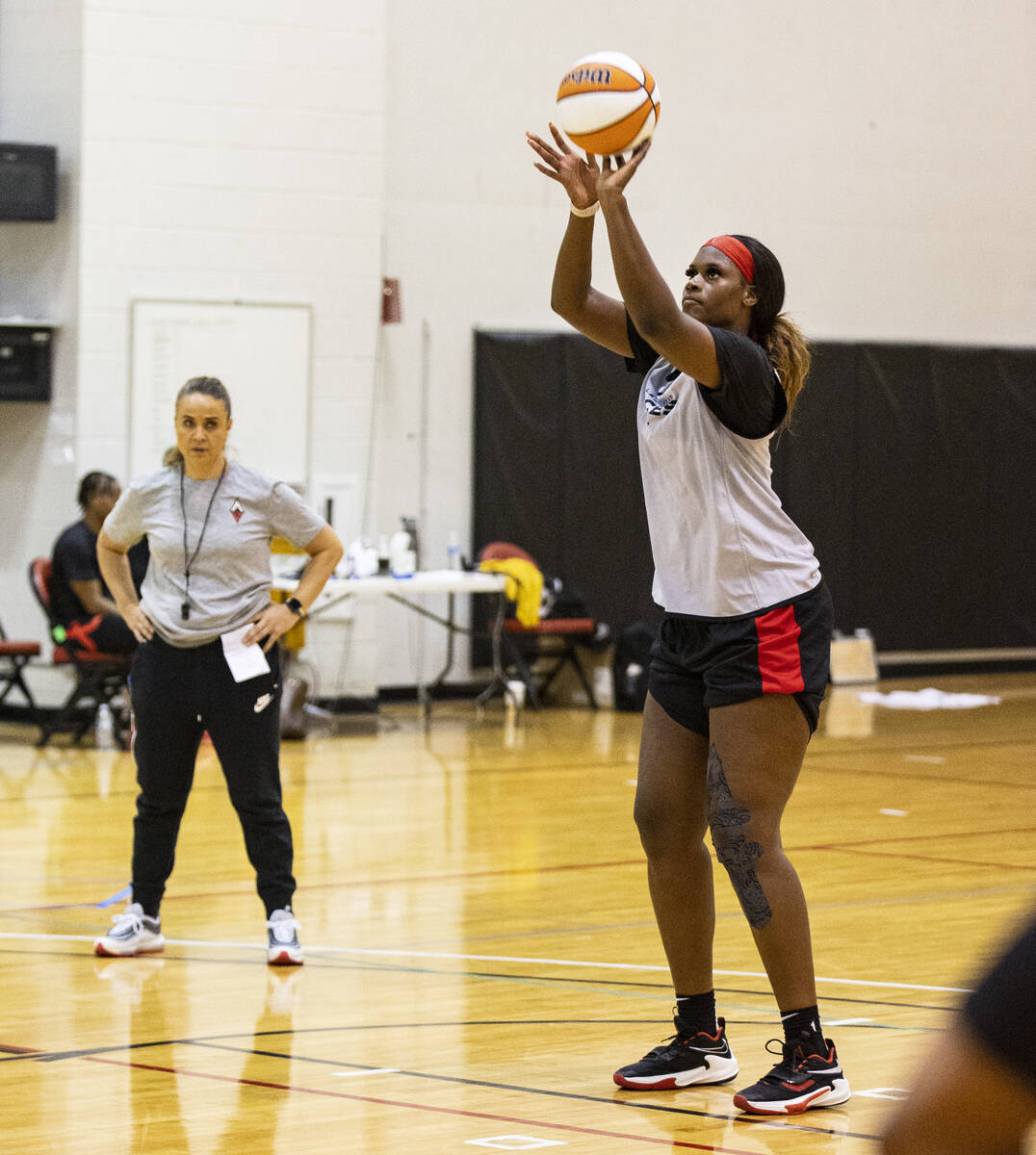 Walk into Michelob Ultra Arena and one banner seems to cast a shadow across the entire court.

It’s not a championship banner — the team hopes to hoist one of those at the end of this season. Hanging alone in the arena’s south rafters, Becky Hammon’s No. 25 San Antonio Stars jersey is a testament to her impact on the franchise across the eight seasons she suited up for the team.

When Aces president Nikki Fargas needed to find a new coach, she didn’t have to look far.

Hammon debuts as Aces coach on 7 p.m. Friday, when they open the season against the Mercury at Phoenix’s Footprint Center.

In December, the Aces announced her hiring as their new coach, prying her away from the NBA San Antonio Spurs where she spent the past eight seasons as an assistant for Gregg Popovich.

Fargas’ recruitment of Hammon began a few months earlier though, even if the new Aces coach didn’t know it at the time.

On Sep. 14, 2021, Las Vegas held a jersey retirement to re-honor Hammon. Her number already had been retired by the San Antonio Stars in 2016, but after moving to Las Vegas, the Aces wanted to ensure her impact wasn’t forgotten. While watching Hammon speak to the crowd during the ceremony, Fargas had a vision.

“I was high-fiving her and I just kind of held her hand a little tighter knowing, ‘Hey, we want you as our head coach,’” the Aces president said.

Convincing Hammon to join the team took more time and coordination. The Aces reached out in early December, but she still had obligations to the Spurs. The biggest threat to her arrival in Las Vegas, though, was another former team.

Hammon considered taking the coaching job with the WNBA New York Liberty, where she spent the first eight seasons of her career. But she was impressed by the pitch presented by Fargas and team owner Mark Davis.

Hammon also appreciated the patience the Aces front office afforded her to make the decision, as well as the team’s commitment to honoring its own history.

“They know the past, they know the present and they have a clear vision for the future,” Hammon said. “It was something I wanted to be a part of.”

Hammon’s had to make a quick adjustment to the WNBA. She landed in Las Vegas days before training camp began and has spent the last two weeks installing her new offensive system and preparing for her first season at the helm.

The Aces players already have felt her impact. Veteran guard Riquna Williams said working with a coach who played in the league and understands the specific challenges which come with the WNBA has been rewarding. Point guard Kelsey Plum called playing for Hammon an empowering experience, as she is the first woman coach the former Washington star has played for since high school.

“She’s such a light,” Plum said. “She’s just filled with joy and I think that rubs off on people.”

Few players have the perspective on Hammon which Dearica Hamby has though. The Aces forward was drafted to San Antonio in 2015, a year after Hammon’s final season, but said her impact on the team’s culture was evident.

Despite the lengthy resume of achievements accompanying her to Las Vegas, Hammon has still been approachable to her team. There’s also been an emphasis on players expressing themselves and being comfortable with voicing their opinions.

“She’s not as strict as I thought she would be, but in a good way,” Hamby said.

On the court though, Hammon is all about competitiveness. Williams said the team runs more than they did in past seasons, but the high intensity encouraged by former coach Bill Laimbeer still remains.

Hammon didn’t have to come back to the Aces, and with her legacy as one of the organization’s greatest players already secured before she even coaches a game, she could have gone somewhere else. It’s no secret that she has interviewed with several NBA teams during the last few offseasons. And she coached the Spurs’ entry in the NBA Summer League to a championship in 2015.

However, with the opportunity to lead this team to its first championship, a leadership structure she trusts and a competitive roster, Hammon has the chance — once again — to carve her name into the lore of this franchise.